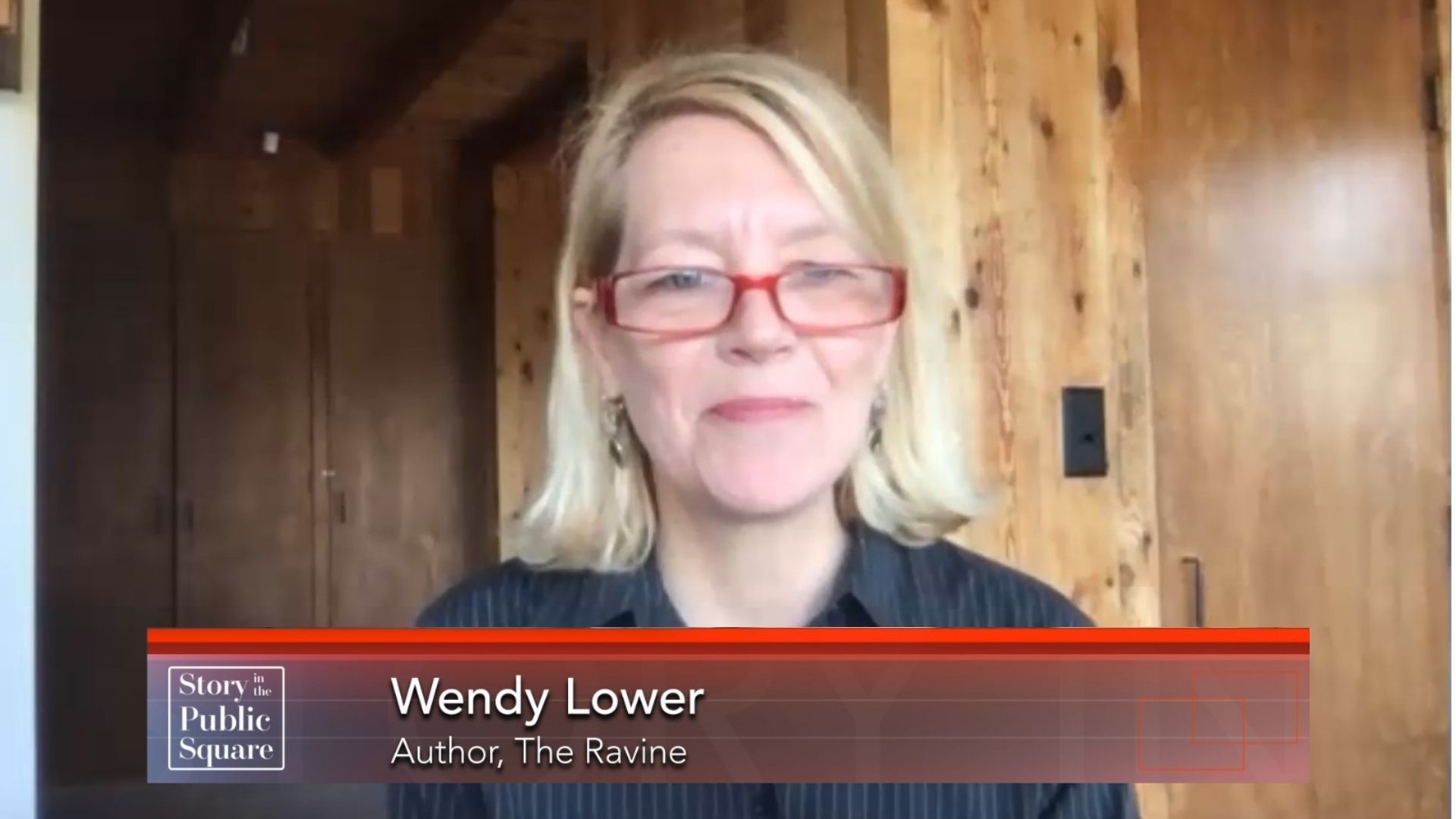 In 2009, an acclaimed historian of the Holocaust was shown a picture of one family’s execution by Ukrainian allies of the Nazis some 70 years earlier.  In the years that followed, Dr. Wendy Lower’s research gave names to the victims and the killers and lays bare the horror of the Holocaust on an intimate, personal level.

Dr. Lower is an acclaimed historian and widely published author on the Holocaust and World War II.  She is the John K. Roth professor of history at Claremont McKenna College in Claremont, California.  She was also named the director of the Mgrublian Center for Human Rights at Claremont in 2014.  Lower chairs the Academic Committee of the U.S. Holocaust Memorial Museum in Washington, D.C. and directed the Visiting Scholars Program at the Center for Advanced Holocaust Studies from 2000 to 2004.  Her research and teaching focus on the history of Germany and Ukraine in World War II, the Holocaust, women’s history, the history of human rights, and the history of genocide.  Lower’s 2013 book, “Hitler’s Furies: German Women in the Nazi Killing Fields,” was translated into 21 languages and was a finalist for the 2013 National Book Award in the nonfiction category and for the National Jewish Book Award.  Her latest book, “The Ravine: A Family, A Photograph, a Holocaust Massacre Revealed,” was published in 2021.

On this episode of “Story in the Public Square,” Lower describes uncovering the identity of photographer Lubomir Skrovina, the Slovakian company scribe who captured the photograph she researched in “The Ravine.”  She said, “[Skrovina] hid the photos and brought them back to his hometown in Banská Bystrica, which was a center of [Nazi] resistance in Slovakia during the Second World War.”  Skrovina then shared the images with Jewish leaders in Slovakia, warning against Slovakian Jews responding to the deportation call.  He also hid several Jews in the attic of his home.