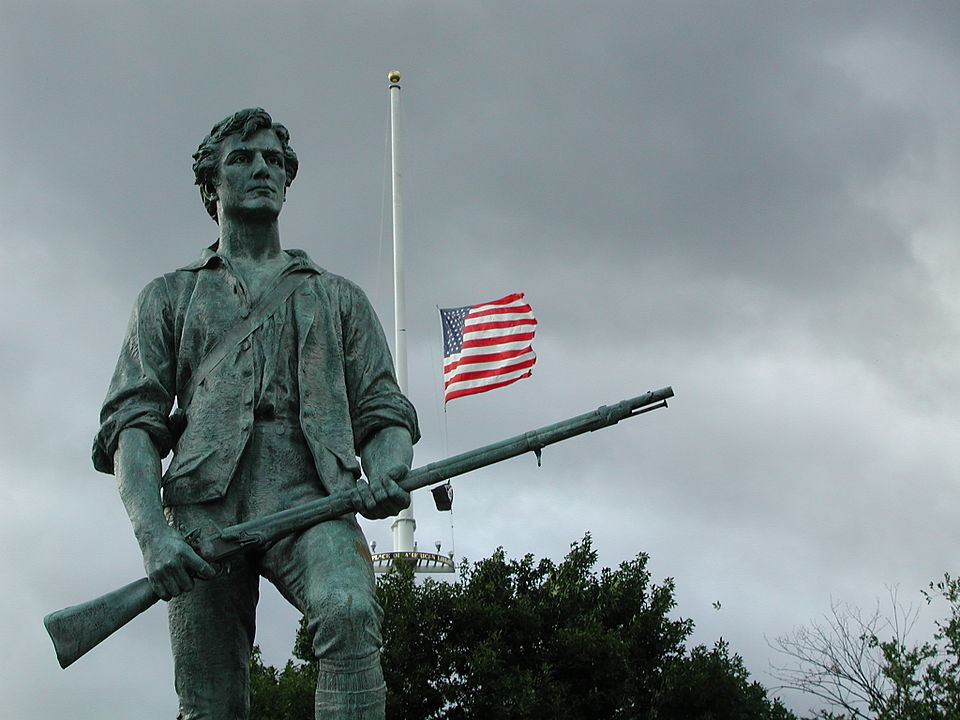 When I worked on the Hill, I was initially amused when Senators would submit a statement to the record about a bill that would pass overwhelmingly.  “Why were they spiking the ball?” I wondered to myself.  I eventually asked a more seasoned colleague who explained it wasn’t about vanity, rather it was about documenting legislative intent.  If there was ever a court challenge or controversy about the bill, the legislative intent could be understood by the statements members made at the time of passage.

I’ve been thinking about that in the context of the second amendment—the right to bear arms—so I went back to read the intent of the founders.  I found the answer in Federalist #29 in which Alexander Hamilton explained the meaning of the phrase “a well-regulated militia.” To understand, however, it helps to put yourself in the context of 1789 America.

The War of Independence was still a fresh memory—closer in time to 1776 than we are today to 9/11.  The memory of that experience included a well-developed suspicion of standing armies as a tool of tyranny.  Just look at the Declaration of Independence.  Its 27 grievances against King George III included protests over:

There are at least a half-dozen specific examples in our Declaration that warned about the threat to liberty of a standing army.

So the founders, suspicious that a standing army could become a tool of some future tyrant, created a system of checks and balances to thwart a federal army ever threatening the liberties of American citizens.  Their solution was a well-regulated militia.

In 1789, a militia was not a self-appointed force of citizens in camo running around in the woods by themselves.  Militias would be raised by each state government, their loyalty and devotion to the new American republic was assured by the fact that they would be defending their families, their neighbors, and their homes.  Because they might someday have to operate as a combined force, the militias were to be “well-regulated”—meaning trained to standards set by the federal government.

There is a myth—or misconception—that the right to bear arms was a guarantee of individual gun ownership.  The Supreme Court didn’t adopt that interpretation until a 5-4 opinion in 2008—219 years after the adoption of the Constitution!

Again put yourself in the mind of a founder in 1789.  This was a great experiment in liberal democracy and republican government.  As a “republic,” everything the state did was a public thing—including defense.  Liberal democracies rely on free institutions to protect rights.  So you have to see the potential power of the federal government—including a standing army—as offset by the power of a militia under the authority of the states that made up the union.  It wasn’t that one man with a gun would stop tyranny: it was that the free association of citizens organized in state governments would act as a bulwark against the power of the central government.

In that context, the second amendment wasn’t about an individual’s right to bear arms: it was about preventing the federal government from interfering in the ability of the individual states to establish “well regulated militias” and thereby protect liberty.  Just as the founders created a constitutional system with three co-equal branches of government in opposition and balance with one another, they believed the militia would meet the needs of national defense while also balancing the potential tyrannical power of a standing army.

The American republic was created to be a deliberative republic.  Reason and debate are supposed to prevail over emotion and cynical assertions of power.  Among the industrialized nations of the world, only the United States tolerates mass violence with guns like we’ve seen this week.  Where others have seen spasms of gun violence in recent decades—as in the United Kingdom, Australia, New Zealand, and elsewhere—governments have acted to protect their citizens by restricting access to automatic and semi-automatic weapons.  In the United States, today, we remain paralyzed—not by fear, not by Constitutional parameters, and not by the intent of the founders.  No, we are paralyzed right now by a Senate leadership that simply refuses to even consider legislation to address this crisis.  It is a willful dereliction of duty, and it must end.

One thought on “A Well-Regulated Militia”