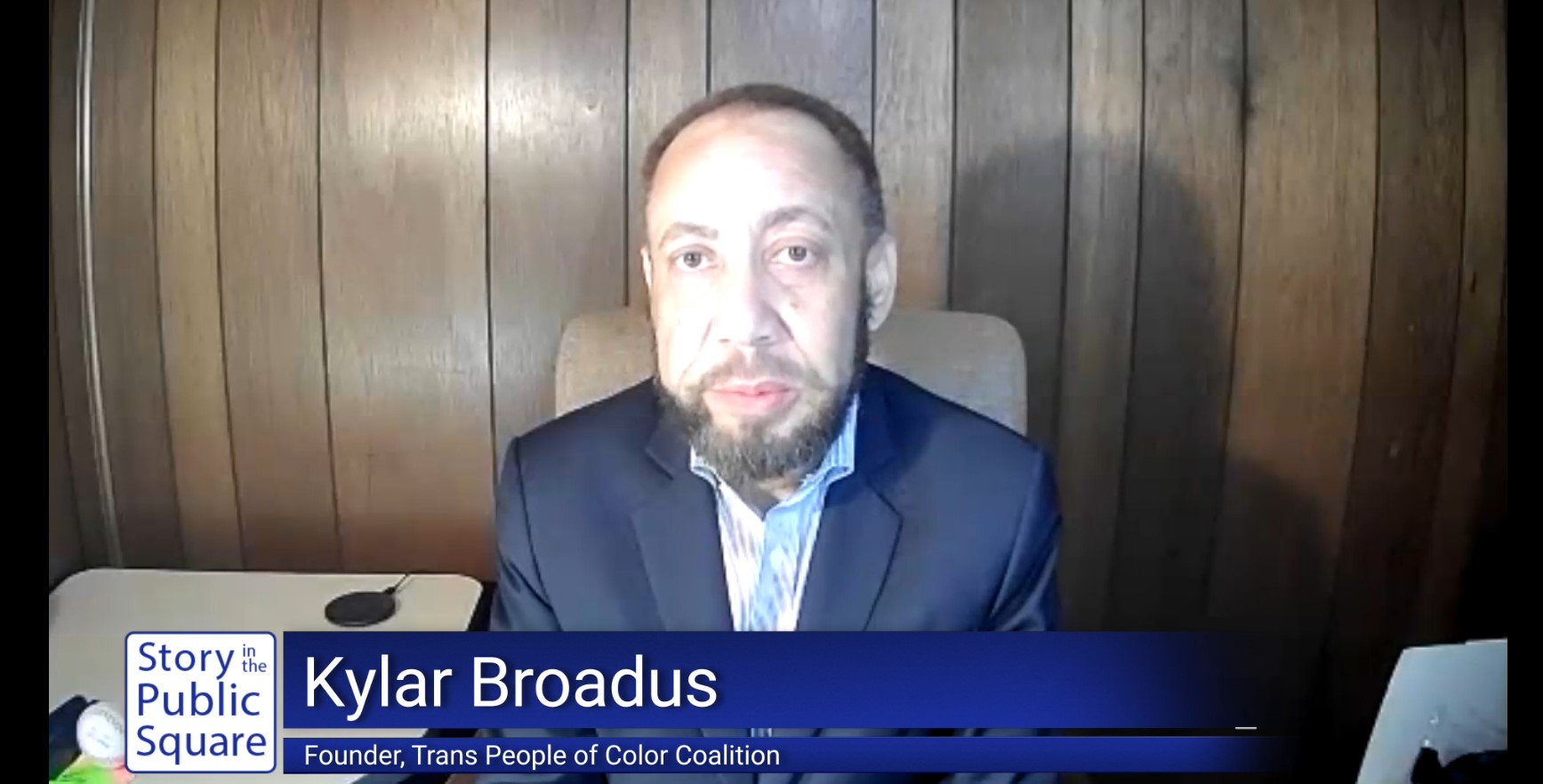 The Human Rights Campaign estimates that there are 2 million transgender people living in the United States, today. Yet Kylar Broadus says the fight for human rights is not yet won as long as transgender Americans lack equal rights under the law.

Kylar Broadus is a Black trans man that has been a pioneer in the movement as an attorney, long-time activist, public speaker, author and professor. Broadus is known worldwide for his avant-garde work in the LGBT and Trans movements. He was just awarded the Trans Trailblazer Award by the LGBT Bar Association of Los Angeles and issue a Proclamation by the City Attorney’s Office of Los Angeles on March 28, 2019. In 2018, he was awarded the 2018 Gentleman of Excellence Award by the Gentlemen’s Foundation of Atlanta. Mastercard featured Broadus for Pride Month that same year, and he was recognized by the Prosecuting Attorney’s Office of King’s County in Brooklyn, New York in 2018 for his contributions to the legal field. Liberty Mutual honored him at the GLAAD Awards for his 30 years contribution to the movement and he was awarded a Certificate of Legal Excellence by the City of New York District Attorney’s Office. The Advocate recognized Broadus as one of “25 Legal Advocates Fighting for Trans Rights.” He was honored to stand with President Obama while signing the Executive Order adding protections for millions of workers in 2014. He is the first out transgender American to testify before the United States Senate in favor of the Employment Non-Discrimination Act in 2012. Broadus was given the Pioneer Award at the Trans faith of Color Conference by the Freedom Center of Social Justice. He is founder and director of the Trans People of Color Coalition the only national organization dedication to the civil rights of transgender people of color and is on the board of the National Black Justice Coalition. He currently serves on the Freedom For All Americans board of directors.