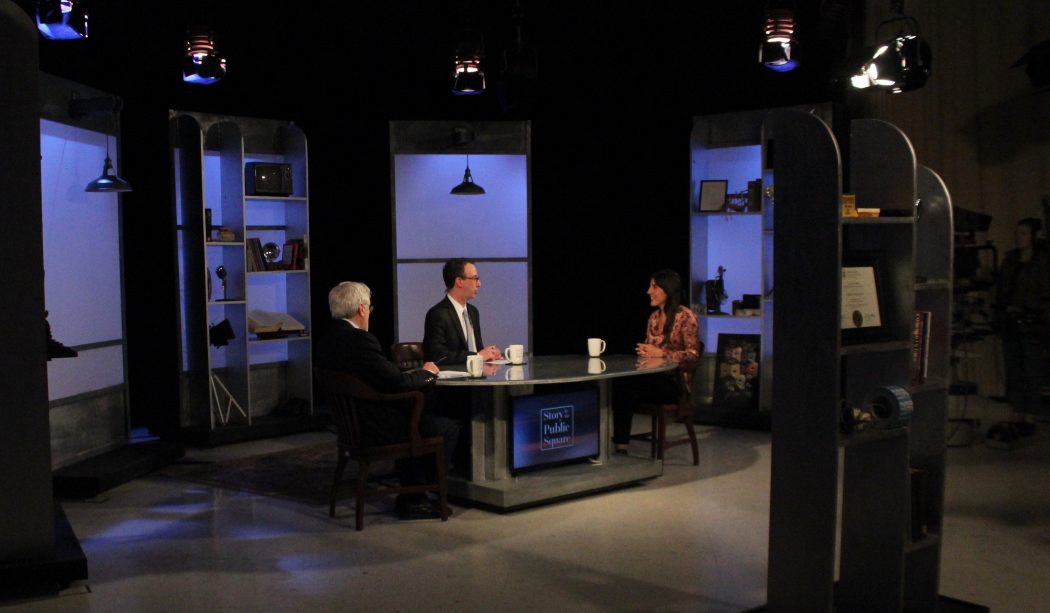 Each year, the Pell Center at Salve Regina University presents the Pell Center Prize for Story in the Public Square to a storyteller whose work makes a vital contribution to the public dialogue. This year, we honor Daphne Matziaraki, a documentary filmmaker who reminds us of our shared humanity.

Matziaraki directed, produced, photographed and edited “4.1 Miles,” first published by The New York Times. The documentary was nominated for an Academy Award and won a Peabody Award, among other honors. “4.1 Miles” depicts a Hellenic Coast Guard captain and crew from the island of Lesbos who, against odds, undertake many missions to attempt to save thousands of children, women and men who are attempting to cross the Aegean Sea to Greece as the European migrant crisis unfolds. Shot in the tradition of cinéma vérité, its cinematography and graphic presentation of life-and-death drama distinguish the film.