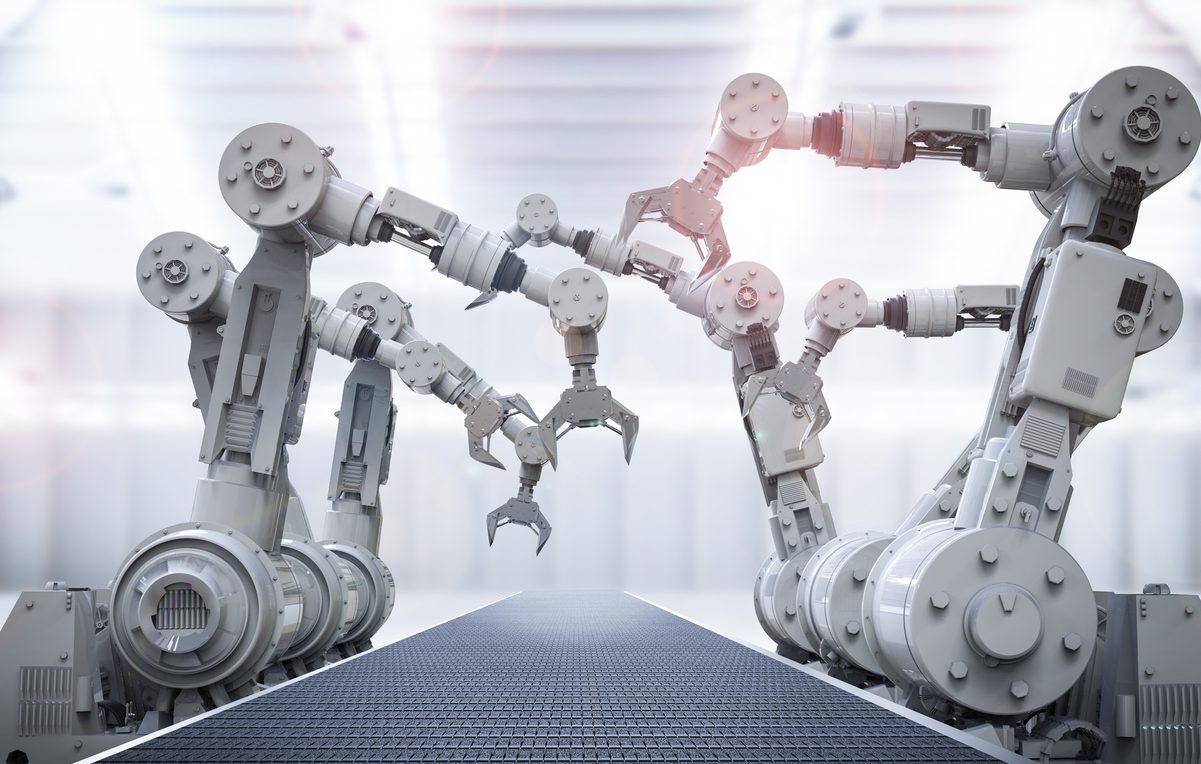 How automation is going to affect jobs in pharma, core, auto and consumer sector | The Economic Times

Last week, YouTube channel Kurzgesgat (German for “in a nutshell”) released a video titled “The Rise of the Machines – Why Automation is Different this Time.” The smartly animated video essay paints a bleak picture, one where “productivity is separating from human labor.” Their warning frames modern innovation as a movement decreasing the number of jobs. Automation, and the reliance on complex software to trim fat, so to speak, results in effective, streamlined corporations with higher profits, but ones employing fewer people. The ability to breakdown complex tasks into smaller, simple ones, and to “learn” from a mass of constantly acquired data, creates machines able to out class any human at specialized work. Fear of lost work from automation has struck deep enough to manifest, ironically, in a University of Phoenix advertisement. A factory worker, put out by machines, becomes a newly hired computer specialist after attending University of Phoenix. The commercial closes with our hero crossing out the “it” in the famous “We Can Do It!” Rosie the Riveter poster and writing over it with a capital “IT” for information technology. This deep-seated cultural fear of machines making humans irrelevant, and making those who own the machines very rich, is warranted, but ignores potentially more pernicious effects of automation.

Nicholas Carr, in his book The Glass Cage, argues automation changes us from users of tools to technicians, and monitors of them. Such a world of automated tools can actually affect our ability to learn and even affect our skill sets. Carr uses the example of Airline Pilots. With increasingly automated and computer controlled “glass cockpits” pilots are frequently no more than monitors of a computer as it flies a plane. Yet, when incidents occur Pilots fail to react properly, driving up the number of accidents caused by “pilot error.” Furthermore, the “offloading” of our cognitive process onto tools stunts their growth. What can seem comical at first, like driving down a one way street because the GPS told us to, actually reflects a deeper issue: the trust we have in our tools usurps our own thoughts and even the awareness of our own actions.

What appears on our screen is never random. The “Recommended” section is a carefully harvested crop of articles, videos, items, grains reaped from the wealth of data highlighted Kurzgesgat. But, in our Internet culture, speed triumphs over all else. Conversely hesitation, slowness, or what some would call thoughtfulness is antithetical to technology. While some fear the replacement of our skills with machines and Nicholas Carr fears automation is changing our humanity; other fears have only recently been realized. Neil Postman, writing in Amusing Ourselves to Death, claims the television, through shows like Sesame Street reduces education to entertainment. He argues television shows require no prerequisites nor induce any perplexity, stripping away the needed building, the formative and the foundational steps involved in learning. With the algorithms recommending for us having been designed to keep us in motion, to entertain us, our entire thought process, as combined with a machine, is reduced. The structure of our time, then, echoes Fire Chief Beatty in Ray Bradbury’s Fahrenheit 451: “People want to be happy, isn’t that right? Haven’t you heard it all your life. I want to be happy, people say. Well, aren’t they? Don’t we keep them moving, give them fun?”

These algorithms do not just entertain us: they cloister us. Evgeny Morozov writes of Google’s understanding of Urbanism: “[Google’s Urbanism is of] someone who is trying to get to a shopping mall in a self-driving car. It is profoundly utilitarian, even selfish in character, with little to no concern for how public space is experienced. In Google’s world, public space is just something that stands between your house and the well-reviewed restaurant that you are dying to get to.” Applying such a view to how we learn, to how we consume what is supposed to color our thoughts, we are left with a highly insular, relativistic mode of thinking. We see what is tailored for us, and we consequently experience none of the requisite displeasure or slowness necessary for true thought. We find ourselves at Marcel Proust’s misunderstanding of the theater, why he believed it to be continually engaging: “so incorrect was the picture I drew for myself of the pleasures to be enjoyed there that I almost believed that each of the spectators looked, as into a stereoscope, upon a stage and scenery which existed for himself alone, though closely resembling the thousand other spectacles presented to the rest of the audience individually.” German-Korean Philosopher Byung-Chul Han argues that in this atomized culture, one where life is stripped almost to bare, the excessive upward-ness, the comportment of constant positivity, obsession with health and the unending hum of thousands of voices, we are brought to the most severe stages of psychological burnout.

Within our automated reality we are amused, entertained, without skill and without work. Our present is what Henry David Thoreau would describe as “an improved means to an unimproved end.” In writing about a telegraph recently strung from Maine to Boston, he lamented “our inventions are wont to be pretty toys, which distract our attention from serious things.” He argued connecting two places, who may not have much of anything to say to each other, creates a situation “as if the main object were to talk fast and not talk sensibly.” Our current technological narrative is both fast and unrelentingly positive. We extol the virtue of our “progress” forward, yet if this is where we end have we simply created improved means to an unimproved end? – Francis Quigley, Research Analyst.