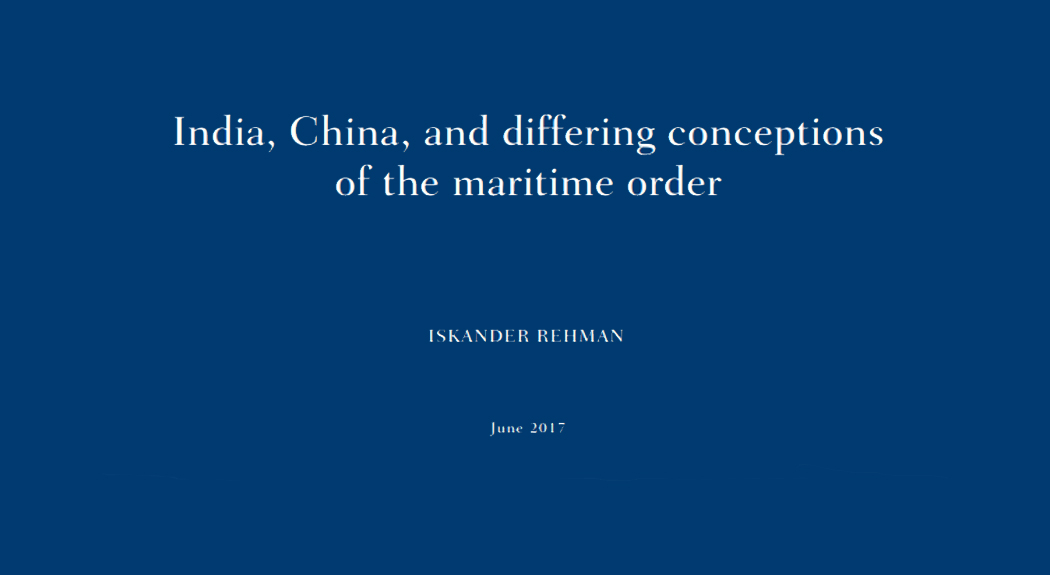 The law of the sea is one of the structural pillars of the international order. The complex rules and norms that govern freedom of navigation and maritime economic activity have played a crucial role in maintaining the global commons free from policies of enclosure, coercion and expropriation.

”Senator Claiborne Pell was long a champion of a rules-based international order,” said Pell Center Executive Director Jim Ludes, “and he saw the Law of the Sea as a central pillar of that order. Dr. Rehman’s study shines a light on the attitudes of two rising powers whose divergent views on the legal and customary basis for settling maritime disputes offers a glimpse into the future of the international system.”

Drawing on the relevant strategic and legal literature, Dr. Rehman’s report engages in a comparative analysis of India and China’s attitudes towards the law of the sea. It charts the growing divergences—both normative and behavioral—between Asia’s two great rising powers with regard to freedom of navigation and maritime territorial disputes. It concludes by analyzing the ramifications of these developments for the future of global stability.