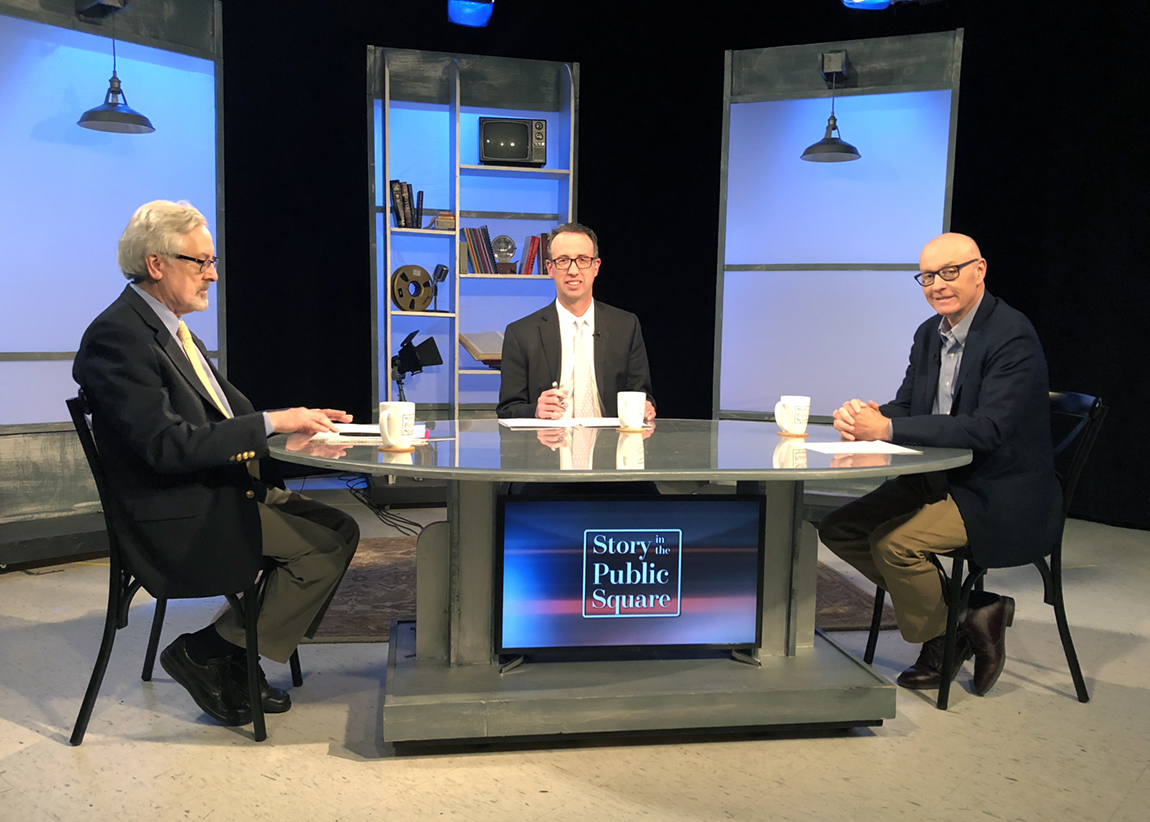 Every year, the Pell Center at Salve Regina University honors one individual who makes the world better with their storytelling, who shines a light into the dark places of the human experience, and who helps us all better understand the world around us and our place in it.  In 2018, we are honoring Dan Barry of the New York Times, and we talk to him this week, on Story in the Public Square.

Dan Barry is a longtime reporter and columnist for The New York Times, having written both the “This Land” and “About New York” columns. The author of several books, he writes on myriad topics, including sports, culture, New York City, and the nation. Since joining The Times in September 1995, Barry has covered many major events, including the World Trade Center disaster, the destructive wake of Hurricane Katrina, and the unrest in Ferguson, Mo., following the police shooting death of a young black man. His many honors include the 2003 American Society of Newspaper Editors Award for deadline reporting, for his coverage of the first anniversary of Sept. 11; the 2005 Mike Berger Award, from the Columbia University Graduate School of Journalism; and the 2015 Best American Newspaper Narrative Award.

He has been a finalist for the Pulitzer Prize twice: once in 2006 for his slice-of-life reports from hurricane-battered New Orleans and from New York, and again in 2010 for his coverage of the Great Recession and its effects on the lives and relationships of America. His most recent honor is the sixth-annual Pell Center Prize for Story in the Public Square, conferred in April 2018.

Barry previously worked at The Providence Journal. As a member of its investigative team, he shared a George Polk Award in 1992, for a series on the causes of a state banking crisis, and a Pulitzer Prize in 1994, for an investigation into Rhode Island’s court system that led to various reforms and the criminal indictment of the chief justice of the state’s Supreme Court.

“Story in the Public Square” airs on Rhode Island PBS in Rhode Island and southern Massachusetts on Sundays at 11 a.m. and is rebroadcast Thursdays at 7:30 p.m. An audio version of the program airs Saturdays at 8:30 a.m. & 9:30 p.m. ET, Sundays at 12:30 p.m. ET, and Mondays at 2:30 a.m. ET on SiriusXM’s popular P.O.T.U.S. (Politics of the United States), channel 124. Story in the Public Square is a partnership between the Pell Center and The Providence Journal. The initiative aims to study, celebrate, and tell stories that matter.