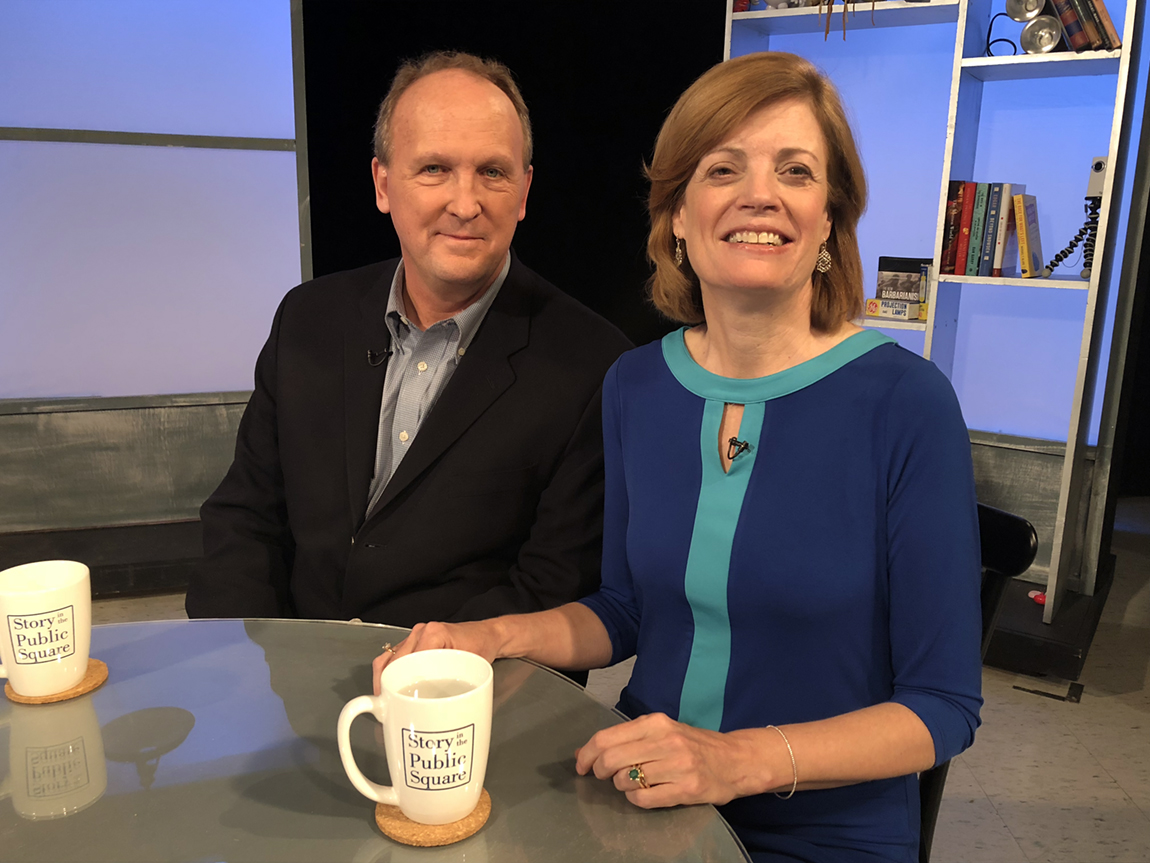 Journalism in the United States is under severe strain. Yet, despite shifts in the marketplace and sustained attack on specific news outlets by the current President, outstanding reporters, Mary Jordan and Kevin Sullivan, continue to shape our understanding of the world around us.

Mary Jordan is National Political Correspondent for The Washington Post. A graduate of Georgetown University, she earned a master’s degree in journalism at Columbia University, studied Spanish for a year at Stanford University, and was a Nieman Fellow at Harvard.

Jordan spent 14 years abroad as a foreign correspondent and Washington Post co-bureau chief with her husband, Kevin Sullivan, in Tokyo, Mexico City and London. She has written from more than 40 countries. She and Kevin won the 2003 Pulitzer Prize for International Reporting for their investigation of the Mexican justice system. They, with four Post photographers, were finalists for the 2009 Pulitzer Prize for International Reporting for stories about difficulties facing women around the world. They also won the George Polk Award in 1998 for coverage of the Asian financial crisis.

Jordan has been on-site covering many of the biggest stories of our time, including women’s rights in Pakistan and the 2016 presidential campaign. After the election, she spent months talking to the voters who elected Donald Trump. She also contributed to “Trump Revealed,” a Washington Post staff biography of Donald Trump published in 2016 and “Nine Irish Lives,” published in March 2018. She was the founding editor and moderator of Washington Post Live, which organizes current affairs forums and debates.

In 2016, The Washington Post honored Jordan with the Eugene Meyer Award for distinguished service, based on the legendary former owner’s principles: “tell the truth for the public good and always be fair.”

With his wife, Sullivan co-authored “Hope: A Memoir of Survival in Cleveland,” a No. 1 New York Times bestseller in 2015, and “The Prison Angel: Mother Antonia’s Journey from Beverly Hills to a Life of Service in a Mexican Jail” in 2005. He also contributed to “Nine Irish Lives” and “Trump Revealed,” The Post’s 2016 biography of Donald Trump.