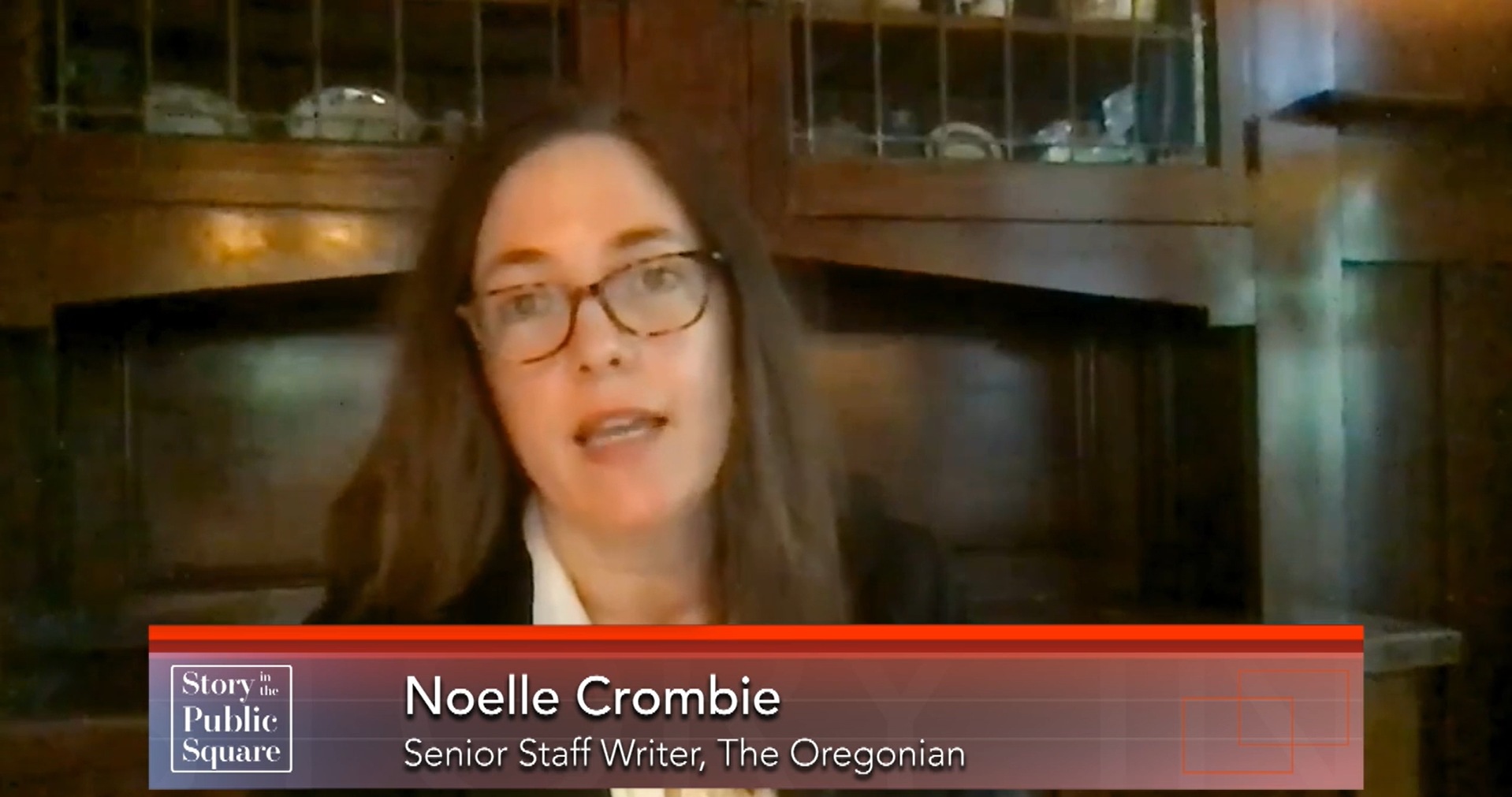 While national media coverage often swoops in to cover local stories with national significance, local reporters are typically there from the beginning.  They know the details.  They know the sequence of events.  And they know the community in which they are reporting.  Noelle Crombie knows Portland as well as anyone and she’s been reporting on the protests and violence in that beautiful city.

Crombie is a senior staff writer at The Oregonian. She writes extensively about criminal justice issues in Oregon. She was the lead reporter on “Ghosts of Highway 20,” a narrative series and 5-part documentary that won 5 regional Emmys and Oregon’s top investigative journalism award.  Crombie led a 10-month investigation into sexual abuse allegations against a founder of Mercy Corps, an international humanitarian relief organization based in Portland.  The Oregonian’s reporting prompted the immediate resignation of the organization’s CEO, one of its top lawyers and a veteran board member.  The series won two regional Emmys and captured a top prize in the prestigious Pictures of the Year International competition.  Previously, she worked as a reporter for The Day in New London, Connecticut.

On this episode of “Story in the Public Square,” Crombie discusses the protests in Portland, Oregon that followed George Floyd’s murder.  She says, “there is an overreaching message against police brutality and police reform, that is clear, but [now] that message has, as some have told me, has been sort of co-opted by the focus on the federal involvement here.”