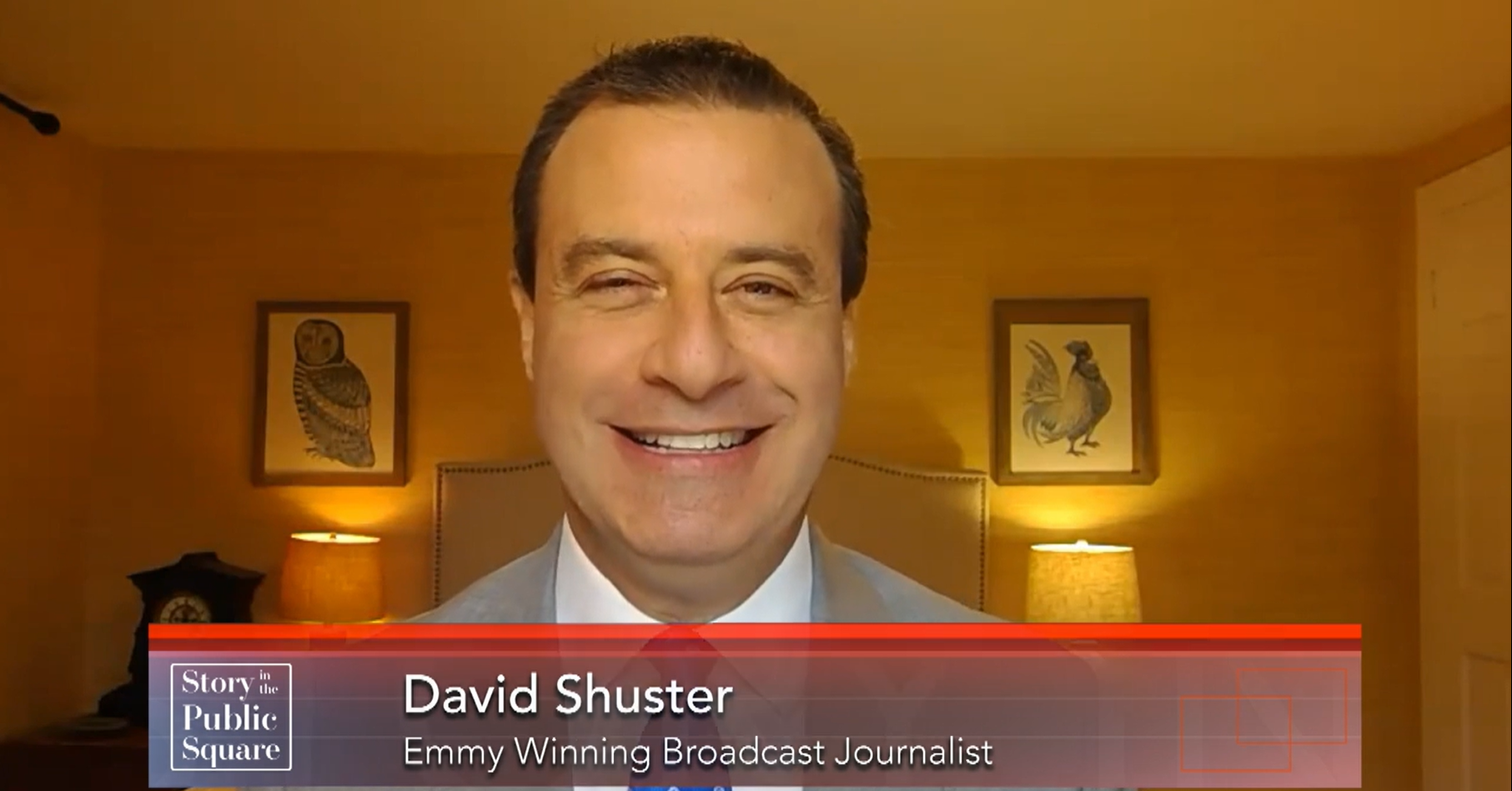 Journalists often have a front row seat as history unfolds. Over the last 30 years, David Shuster has witnessed a scandal in Arkansas that reverberated in Washington, the attacks of 911, America’s Wars and every presidential campaign in between.

Shuster is an Emmy award winning broadcast journalist who is best known for his work at NBC News and MSNBC where he hosted his own news shows and served as the primary backup host for “Countdown with Keith Olbermann” and “Hardball with Chris Matthews.”  Shuster anchored the channel’s prime time coverage of breaking news stories including politics, natural disasters, and the death of Michael Jackson.  As a field correspondent, his assignments included the Iraq war, the selection of a Pope, and Hurricane Katrina.  Shuster was an evening news anchor for Al Jazeera America, where he guided the network’s political coverage.  He most recently served as Anchor and Managing Editor for i24News, where he co-anchored prime time shows with Tal Heinrich.

On this episode of “Story in the Public Square” Shuster describes his latest project, “Quick Hits,” a collaborative reporting project that goes “through 12 to 14 top stories across the United States and around the world every day.”  He adds, that he and his fellow reporters, “use the formula that has worked in TV and that is live conversational kind of fast exchanges.”