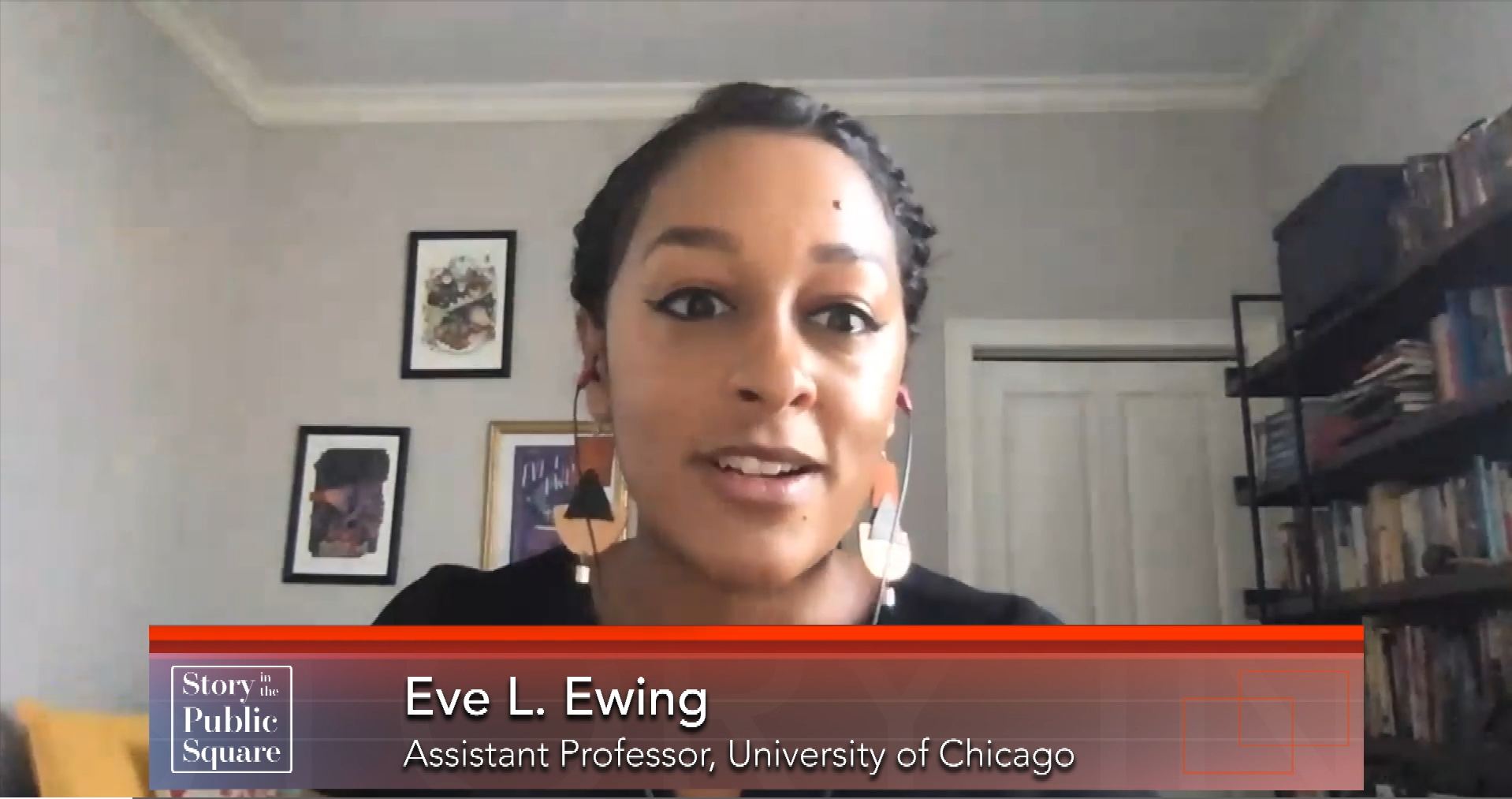 The artist’s role in society is to challenge us, to shine a mirror on our strengths and to expose our weaknesses.  Through a remarkable body of work—poetry, visual arts, rigorous scholarship on race and society, as well as ground breaking work in comic books, Eve Ewing does just that.

Ewing is an Assistant Professor in the University of Chicago School of Social Service Administration.  She is a qualitative sociologist of education whose work is centered around two primary issues.  First, how racism and other large-scale structures of social inequality impact the everyday lives and experiences of young people, and second, the ways public school systems serve to interrupt or perpetuate these social problems, and the role educators, policymakers, families, community members, and young people themselves play in understanding, acknowledging, and disrupting them.  Ewing’s scholarship, community work, and classroom teaching are aimed at expanding the ways that urban school stakeholders, other researchers, and the broader public can be equipped to understand, respond to, and ultimately dismantle white supremacy, and to make school systems institutions of liberation, rather than oppression.  Ewing is the author of “Electric Arches,” which received awards from the Poetry Society of America and the American Library Association and and was named one of the year’s best books by NPR and the Chicago Tribune. She is also author of “Ghosts in the Schoolyard: Racism and School Closings on Chicago’s South Side,” “1919” and the co-author of “No Blue Memories: The Life of Gwendolyn Brooks.”

On this episode of “Story in the Public Square,” Ewing recognizes American schools’ failure to teach children about certain aspects of American history and the reinforcement of ideas that uphold white supremacy that result.  She adds however, that “schools are one of the most exciting spaces where there’s an insurgency of education [that extends beyond] formal schooling spaces [through] peer-led and community-led education.”  She says, “there are lots of really incredible teachers, librarians, administrators and community leaders all over the country that are trying to make schools a space of radical possibility right now.”