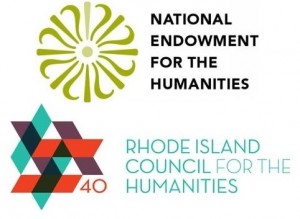 NEWPORT, RI – The Pell Center at Salve Regina University won a special grant from the Rhode Island Council for the Humanities (RICH) to support a theatrical production of “Ajax”—a Greek tragedy set in the Trojan War—as a vehicle for opening community conversations about the challenges facing veterans returning from war.

The grant was made possible by the National Endowment for the Humanities (NEH) as part of its “Standing Together: The Humanities and the Experience of War” special initiative, which supports veterans-related programming within each state and encourages a national network of humanities programming for America’s military, veterans, and their communities.

The Department of Veterans Affairs estimates that post-traumatic stress disorder (PTSD) affects 20% of Iraq veterans and 11% of those who served in Afghanistan.  Sadly, the emotional trauma of war is not a modern phenomenon.  More than 2,500 years ago, the Greek playwright Sophocles explored the emotional cost of war in a short play, “Ajax.”

The Pell Center’s production of “Ajax,” using a new translation by James Scully, will open on November 11, 2014—Veterans Day—at Salve Regina University.  Then, in partnership with Providence College, the production will tour the state, appearing in each of Rhode Island’s five counties over the following weeks. Each performance will be followed by a community forum on veterans’ issues.  Dates, venues, and ticket information will be announced at a later date.

“This project, with the help of NEH and RICH, builds upon a long tradition of ‘activist performance’ in the theater that views storytelling as a positive force for social change,” said Dr. Robert Hackey, professor at Providence College and visiting fellow at the Pell Center. “By drawing attention to significant issues, theater can stimulate a dialogue in the community that continues long after the performance.  We sincerely hope this production and the conversations that follow will connect veterans and their families more deeply to their communities and to the resources that exist to help people navigating the transition from war to peace.”

Pell Center Executive Director Dr. Jim Ludes praised the partnerships that will make this production possible.  “We are grateful to the NEH and to RICH for giving us this opportunity to tell an ancient tale whose power endures and still sheds light on the human experience,” said Ludes.  “And we’re thrilled to be working with our colleagues at Providence College, especially Bob Hackey, to bring this production and community forum to audiences across Rhode Island.”

Elizabeth Francis, Executive Director of RICH, lauded the production’s use of theater to educate the Rhode Island Community about PTSD. “We are proud to support the Pell Center’s use of the humanities—in this case a classic piece of theater—as the entry to a public discussion of a vital contemporary issue,” said Francis. “‘Ajax’ reminds us that some scars of war are invisible.  We hope this creative use of the humanities spurs an important conversation in our communities and helps those who need it.”

“Ajax” will be produced as part of Story in the Public Square, a Pell Center initiative to study, celebrate, and tell stories that improve public understanding of important issues.