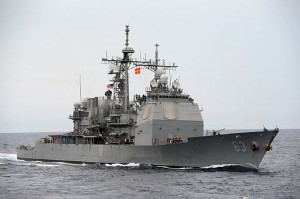 The Pell Center will be hosting one lecture, two panel discussions, and one theatrical production during the Fall 2014 semester. Stay tuned for registration details on the blog, Facebook, and Twitter:

Tensions in the South China Sea

The South China Sea is a strategic water-way, a collection on uninhabited rocks and shoals, and the scene of rising international tensions between the People’s Republic of China, Vietnam, the Philippines, Japan, and the United States. Join the U.S. Naval War College’s Toshi Yoshihara for a candid conversation about China’s capabilities and intentions and the challenge facing U.S. policy in the South China Sea.

The First World War at 100: Understanding the Cost, Legacy, and Meaning of the “Great War”

The defining event of the 20th century was not the Second World War, but the first.  The spark that became an inferno was lit 100 years ago this year.  The war itself was industrial slaughter on a global scale.  It ended empires, ushered in the American century, and redrew maps across Eastern Europe and the Middle East.  The consequences of those lines are still being played out in places like Iraq and Syria today.  The war also led to broad social revolutions in the Atlantic world, political revolution in Russia, and, in its failed peacemaking, sowed the seeds of World War II.

Join three faculty members from Salve Regina University for a lively discussion of the legacy of the First World War in global politics, culture, and international relations.

Everyone wants a “better economy” – but there can be disagreements about what a good economy is, and also about what we can do to create one. Are good jobs and a good economy created through tax cuts? Through policies to make labor organizing easier? Through tax incentives to bring businesses into a state? Through job standards that require a living wage? By waiting for entrepreneurs to create the next boom? These are challenging questions that require attention to both economic dynamics and preferences about the kind of society we want to live in.

Presented with Story in the Public Square

Ajax is an ancient Greek play that introduces audiences to the emotional trauma of war, by facilitating an engaging conversation about the challenges facing returning veterans.