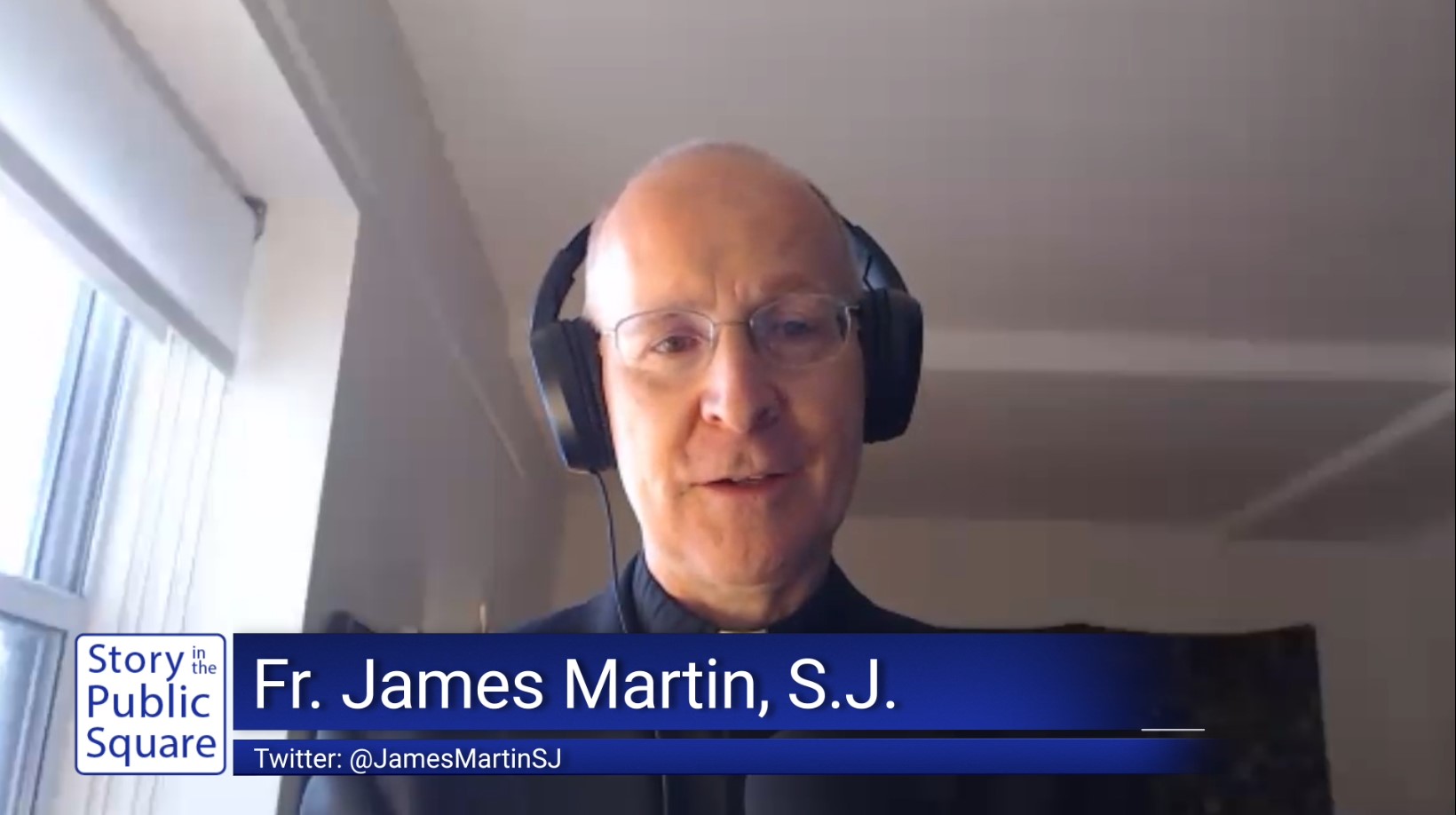 The faithful among us often learn to pray as children.  We ask for things.  We might even, sometimes, say thank you.  Father James Martin asks what it would mean to pray like adults—and offers insights about faith in public life and the challenges to democracy.

Rev. James Martin, SJ, is a Jesuit priest, editor at large of America magazine and consultor to the Vatican’s Dicastery for Communication.  He is the author of numerous books, including New York Times bestsellers “Jesus: A Pilgrimage, The Jesuit Guide to (Almost) Everything” and “My Life with the Saints,” which Publishers Weekly named one of the best books of 2006.  His latest book, “Learning to Pray, a Guide for Everyone,” was published in 2021.  Martin is a frequent commentator in the national and international media and has appeared on all the major networks and outlets including the Colbert Report, NPR’s Fresh Air, the New York Times and The Wall Street Journal.  Before becoming a Jesuit priest in 1988 he graduated from the Wharton School of Business.

On this episode of “Story in the Public Square,” Martin discusses the purpose and challenges of prayer and the role of religion in public life today.  Emphasizing the power of storytelling, Martin says, “arguments and debates close minds down, but stories open minds up.”

“Story in the Public Square” continues to broadcast each week on public television stations across the United States.  A full listing of the national television distribution is available at this link.  In Rhode Island and southeastern New England, the show is broadcast on Rhode Island PBS on Sundays at 11 a.m. and is rebroadcast Thursdays at 7:30 p.m. An audio version of the program airs 8:30 a.m., 4:30 p.m. and 10:30 p.m. ET, on SiriusXM’s popular P.O.T.U.S. (Politics of the United States), channel 124. “ Story in the Public Square” is a partnership between the Pell Center and The Providence Journal. The initiative aims to study, celebrate and tell stories that matter.