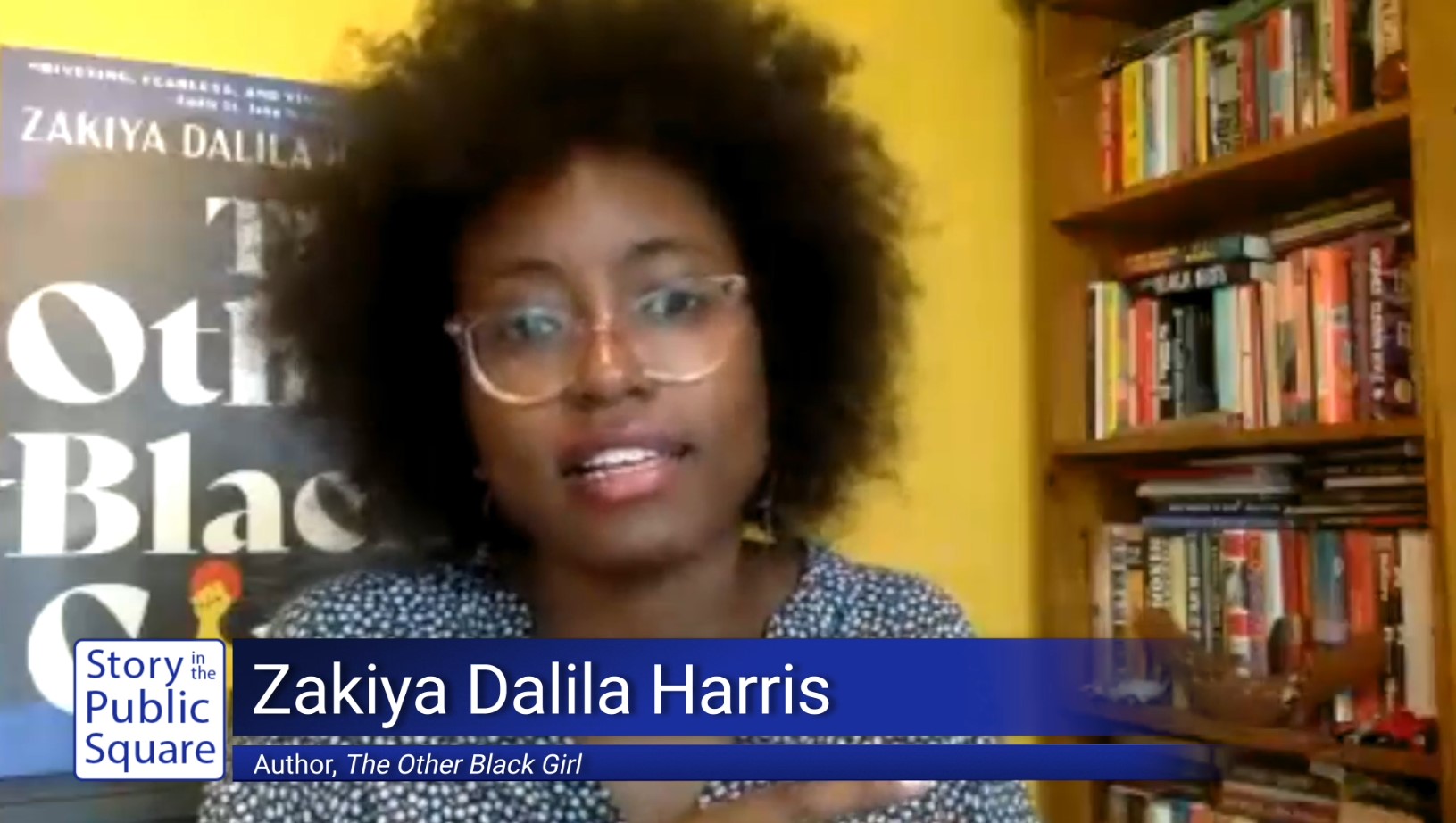 “The Other Black Girl” is one of the most anticipated and critically acclaimed releases of 2021. Part thriller and part social commentary, the author Zakiya Dalila Harris has been heralded for her “genre-bending evisceration of workplace privilege.”

Zakiya Dalila Harris is based in Brooklyn, New York, and has a passion for writing and talking about Blackness, books, and oldies music. Her debut novel and New York Times bestseller, “The Other Black Girl,” was published in 2021 and was named a Most Anticipated Book of 2021 by TIME, The Washington Post, Harper’s Bazaar, Entertainment Weekly, Fortune, and the BBC. Its television adaptation is currently in development with Tara Duncan, Temple Hill Entertainment, and Hulu.  Harris earned her MFA in nonfiction creative writing from the New School and her bachelor’s degree from the University of North Carolina at Chapel Hill.  She was born and raised in Connecticut.

On this episode of “Story in the Public Square,” Harris describes “The Other Black Girl’s” main character, Nella Rogers, as a young, Black editorial assistant working at Wagner Books publishing company in New York.  Working in an all-white office environment, she longs for a coworker who understands her experience.  When Hazel-May McCall joins the firm, Rogers is hopeful just such a person has arrived, but Harris reveals the two women are on diverging paths as the plot turns sinister.