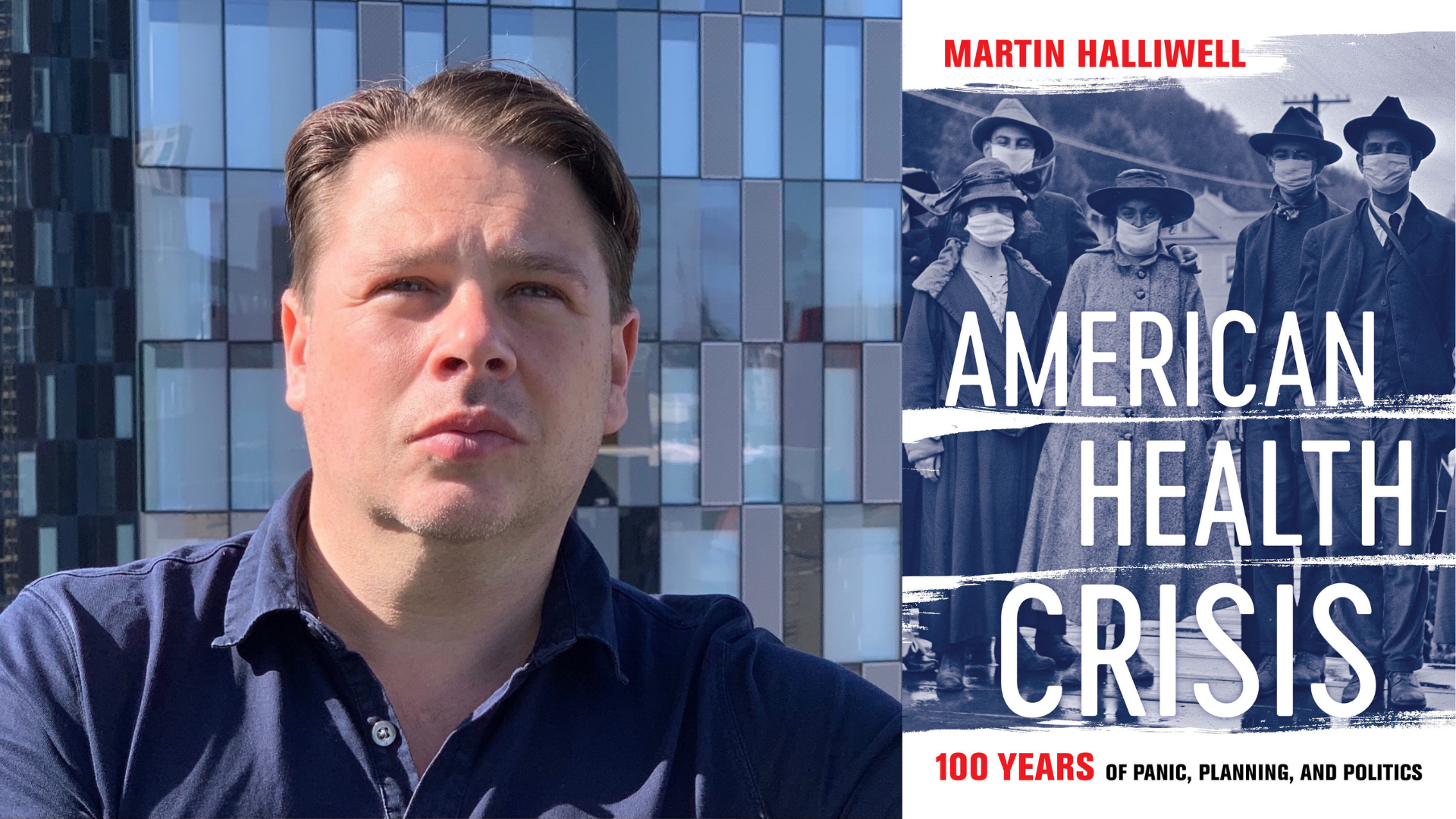 With the advent of effective vaccines, it feels—we hope not foolishly—like the pandemic may be coming to an end.  But Martin Halliwell says the crisis in American public health isn’t limited to one particular disease—it’s a theme that recurs again and again over the last century in these United States.

Halliwell is a specialist in American cultural, intellectual and literary history of the twentieth and early twenty-first centuries and in the health humanities.  He is also a professor of American Studies at the University of Leicester’s Centre for American Studies and the current head of the School of Arts. He is the Co-Lead for Humanities and Social Sciences for the University’s Wellcome Trust Institutional Strategic Support Fund and a member of the Action on Communities on Health and Equality group.  Halliwell currently sits on the AHRC’s Science in Culture Advisory Group and is a member of the cross-research council Mental Health Experts Group.  He has served as the Co-Chair the Arts and Humanities Alliance since 2016, sitting on the British Academy’s Arts, Humanities and Social Sciences Skills Advisory Group and the Strategic Forum for the Humanities.  Halliwell’s recently published book, “American Health Crisis,” analyses contemporary public health crises in America through a historical and cultural lens, bringing individual events together to a narrative of calamity that has brought us to our current crisis in health politics.  He holds a doctorate in American Studies from the University of Nottingham.