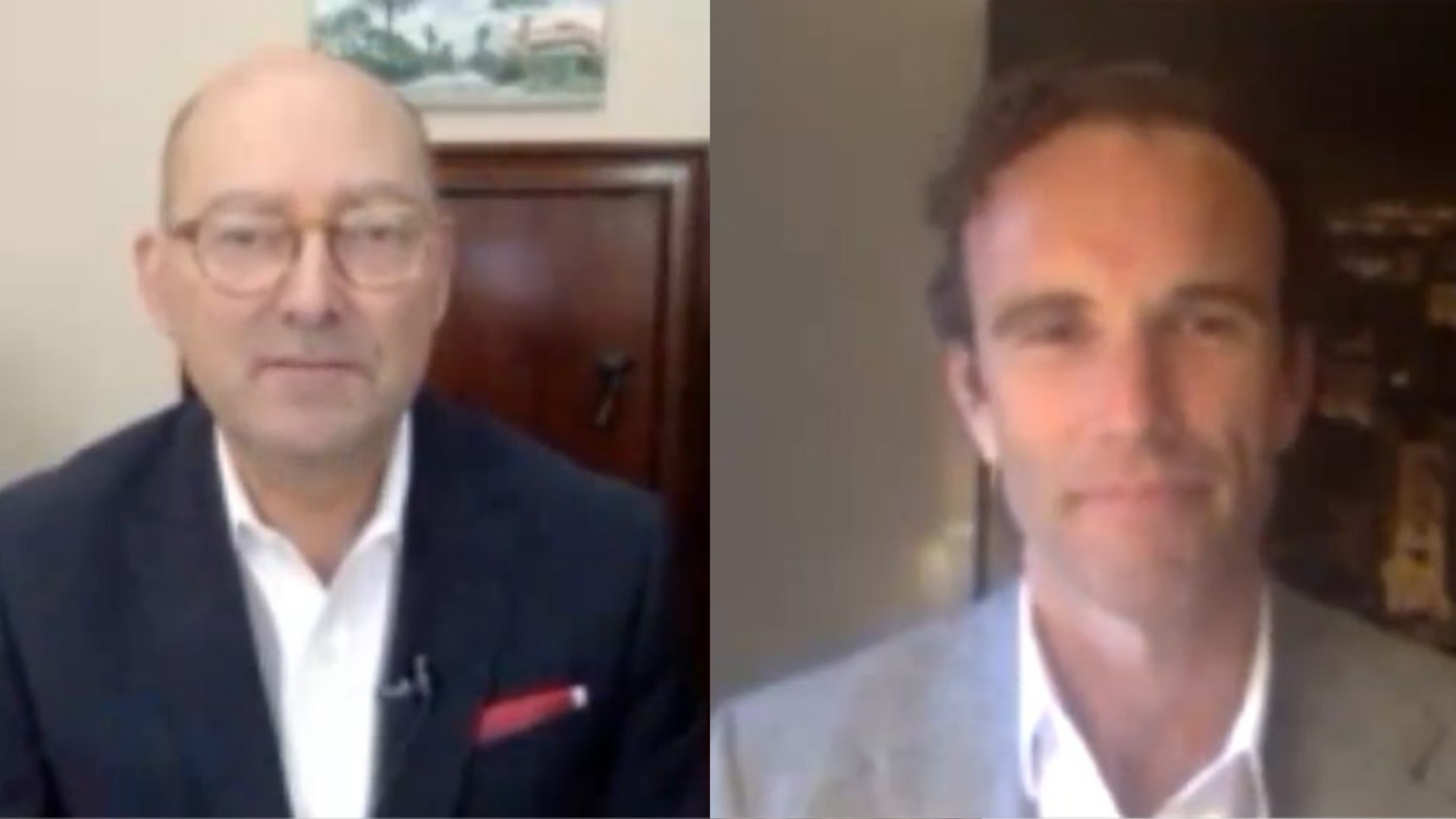 On more than one occasion, we’ve welcomed guests to this show who engage in “speculative” or “useful” fiction.  Elliot Ackerman and Admiral James Stavridis are the latest, their new book, titled 2034, looks at what a war between the United States and China might look like in the not-so-distant future.

Admiral James Stavridis is a retired four-star U.S. naval officer.  He is currently an Operating Executive of The Carlyle Group, a global investment firm and Chair of the Board of Counselors of McLarty Associates, an international consulting firm.  Previously he served for five years as the Dean of The Fletcher School of Law and Diplomacy at Tufts University.  He led the NATO Alliance in global operations from 2009 to 2013 as Supreme Allied Commander with responsibility for Afghanistan, Libya, the Balkans, Syria, counter-piracy, and cybersecurity.  He also served as Commander of U.S. Southern Command, with responsibility for all military operations in Latin America from 2006-2009.  He earned more than 50 medals, including 28 from foreign nations in his 37-year military career.  Admiral Stavridis earned a Ph.D. in international relations and has published nine books and hundreds of articles in leading journals around the world.  He is a monthly columnist for TIME Magazine and Chief International Security Analyst for NBC News.

Elliot Ackerman is the author of the novels “2034,” “Red Dress In Black and White,” “Waiting for Eden,” “Dark at the Crossing,” and “Green on Blue,” as well as the memoir “Places and Names: On War, Revolution and Returning.”  His books have been nominated for the National Book Award, the Andrew Carnegie Medal in both fiction and non-fiction, and the Dayton Literary Peace Prize among others.  His writing often appears in Esquire, The New Yorker, and The New York Times where he is a contributing opinion writer.  Ackerman’s stories have also been included in The Best American Short Stories and The Best American Travel Writing.  He is both a former White House Fellow and Marine and served five tours of duty in Iraq and Afghanistan, where he received the Silver Star, the Bronze Star for Valor, and the Purple Heart.

On this episode of “Story in the Public Square,” Ackerman and Stavridis discuss their recently published novel, “2034.”  Drawing from their extensive military and foreign relations experience, the co-authors explore a very plausible future between the United States and its foreign adversaries.