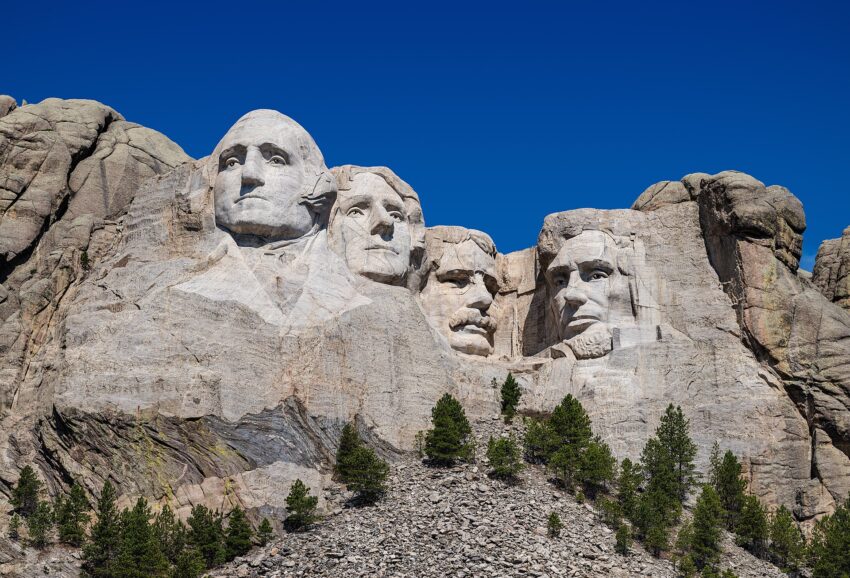 I watched the president’s speeches at Mount Rushmore and on the South Lawn of the White House commemorating July 4th last weekend. They were not great speeches, if I’m honest, but they have lingered with me. In his inaugural address, the president spoke of “American carnage,” and the theme of a decaying America came through loud and clear. But I was more troubled by his open assertion that the decay is being advanced by his political opponents.

Now let’s be honest, warning that your political opponents are “ruining the country,” is as old as politics. But there’s something new and disturbing in the way this president talks about his political rivals: they don’t just disagree about policies and politics, they are un-American, intent on teaching “our children . . . to hate their own country, and to believe that the men and women who built it were not heroes, but . . . villains.”

I’ve had a hard time processing this because there are people who see in American history nothing but brutality and violence and racism. I’m working with a local historical society on a series of small group discussions about the current state of civics, and after our last discussion I told them I worried we were focused exclusively on what’s wrong with America. In my opinion, that’s a mistake because there is so much in our founding and in our history about which we should be proud.

The problem I had with President Trump’s speech wasn’t his desire to celebrate America’s heroes, but that he delivered such a sanitized version of American history.

Understanding our history as a nation and as a people means acknowledging all of our contradictions, our successes and our failures, as well as our sources of pride and our sources of shame. They are, often, two sides of the same coin. The ideals Thomas Jefferson articulated in the Declaration of Independence are universal and should be celebrated. But our application of them to the humanity on these shores has been uneven for centuries and remains so today. Jefferson asserted that all men—all people—are created equal. But the nation permitted slavery for its first 76 years and legalized discrimination for nearly a century more. Jefferson and Washington, among many others, were slave owners. They owned other human beings. Women didn’t have the right to vote until 1920. Native Americans have seen their lands possessed, their rights curtailed, and their heritage appropriated.

The president’s approach to U.S. history under-estimates the capacity of the American people to know the truth and love this country with a deep conviction borne not of ignorance or wishful thinking, but of a deep appreciation for the ideals of our founding and the sacrifice of flawed men and women over centuries who fought to make those ideals real.

At Mount Rushmore, President Trump criticized “cancel culture”—the idea that we are going to remove from public life anyone whose history or utterances offend present sensibilities. I took note of that not because the president described it as the “very definition of totalitarianism,” (which it is not) but because another American president spoke of it recently, too. Last October, former President Barack Obama warned young people to “get over” cancel culture. “The world is messy;” he said, ”there are ambiguities. People who do really good stuff have flaws. People who you are fighting may love their kids, and share certain things with you.”

On July 5, 1852, Frederick Douglas delivered his iconic Independence Day oration “What, to the American slave, is your 4th of July?” It is one of the most important speeches in American history. In it, Douglas, a former slave from Baltimore, Maryland, captured the central contradictions inherent in the American experience. He celebrated the founders and heralded their “saving principles,” but also described the brutality and inhumanity of American slavery.

Knowing that history, acknowledging those tensions isn’t a “left-wing cultural revolution . . . designed to overthrow the American Revolution,” as President Trump described it. It’s a full-throated celebration of America in all of her complexity.

I love my country, not because I don’t know her faults, but because I know her ideals and I know the courage of patriots to help her live up to them.