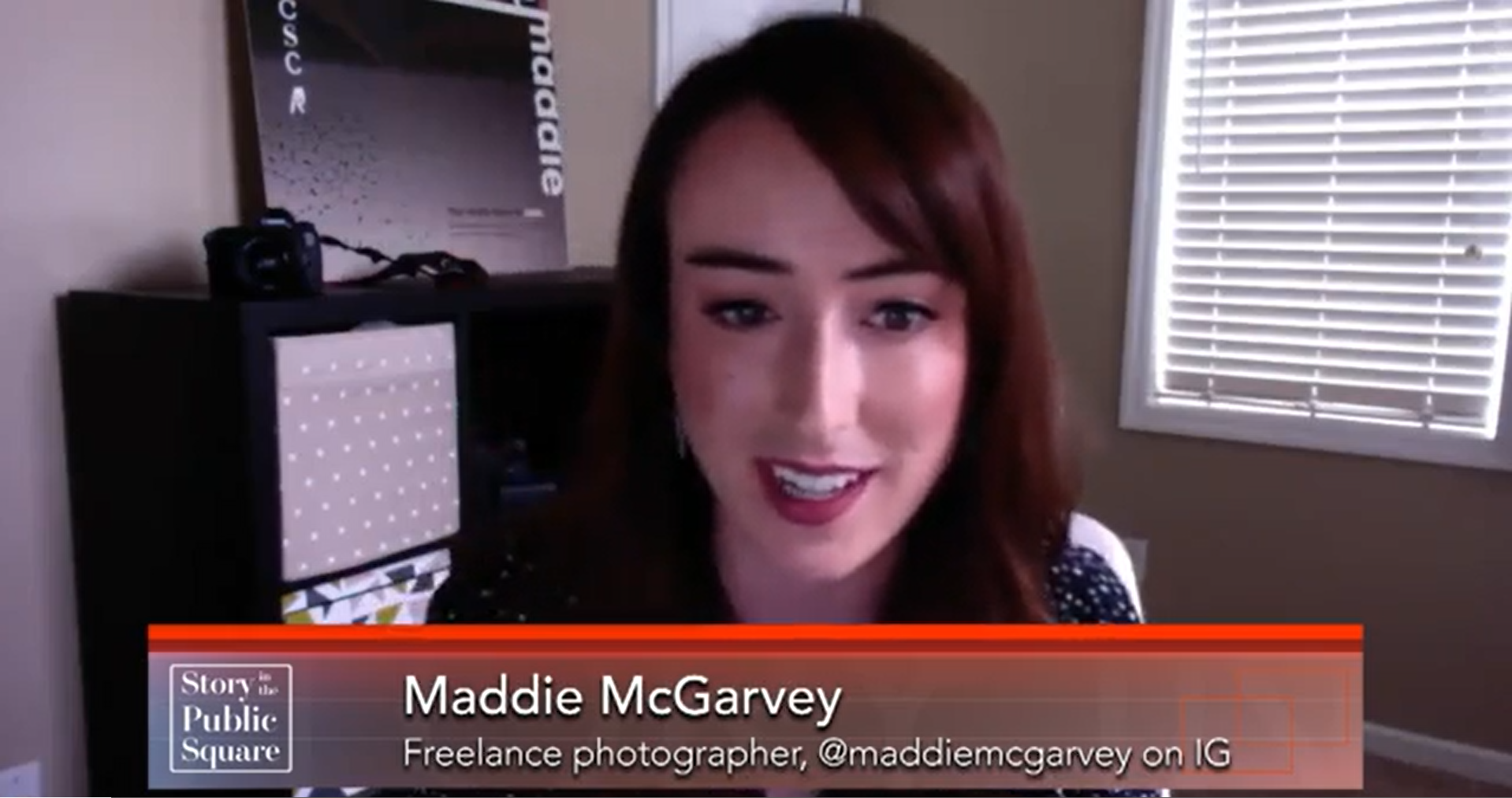 A lot of Americans feel like the 2020s have already been a grueling decade—and we’re barely half-way through the first year of it.  While the narrative of this experience will take some time to be written, Maddie McGarvey is among the photo journalists already capturing the images of this era and beginning to tell those stories.

McGarvey is a freelance photographer based in Columbus, Ohio. She worked as a staff photographer at the Burlington Free Press in Vermont before returning to the Midwest. She was named an Emerging Talent for Getty Reportage and selected as one of Magnum’s 30 Photographers under 30 and was chosen as one of TIME Magazine’s 51 Instagram Photographers to follow in the United States and was recognized by Picture of the Year International for her campaign work.  She frequently photographs for The New York Times, Wall Street Journal, Washington Post, Time, National Geographic, Rolling Stone, AARP, NPR, and ESPN.  Her work has also appeared in Mother Jones Magazine, The New Republic, The New York Times Magazine, and FiveThirtyEight, among others.

On this episode of “Story in the Public Square,” McGarvey discusses how her approach to photography has changed during the coronavirus pandemic.  She said, “safety is most important,” describing photographing from a distance and the protective equipment she now wears on the job.  “It really has changed the way I went to work, but I know it’s not going to be forever.”  For her subject matter, she says, “I’m photographing how this has affected other parts of our society,” describing her work photographing people facing eviction to those who were already struggling with homelessness and food insecurity.