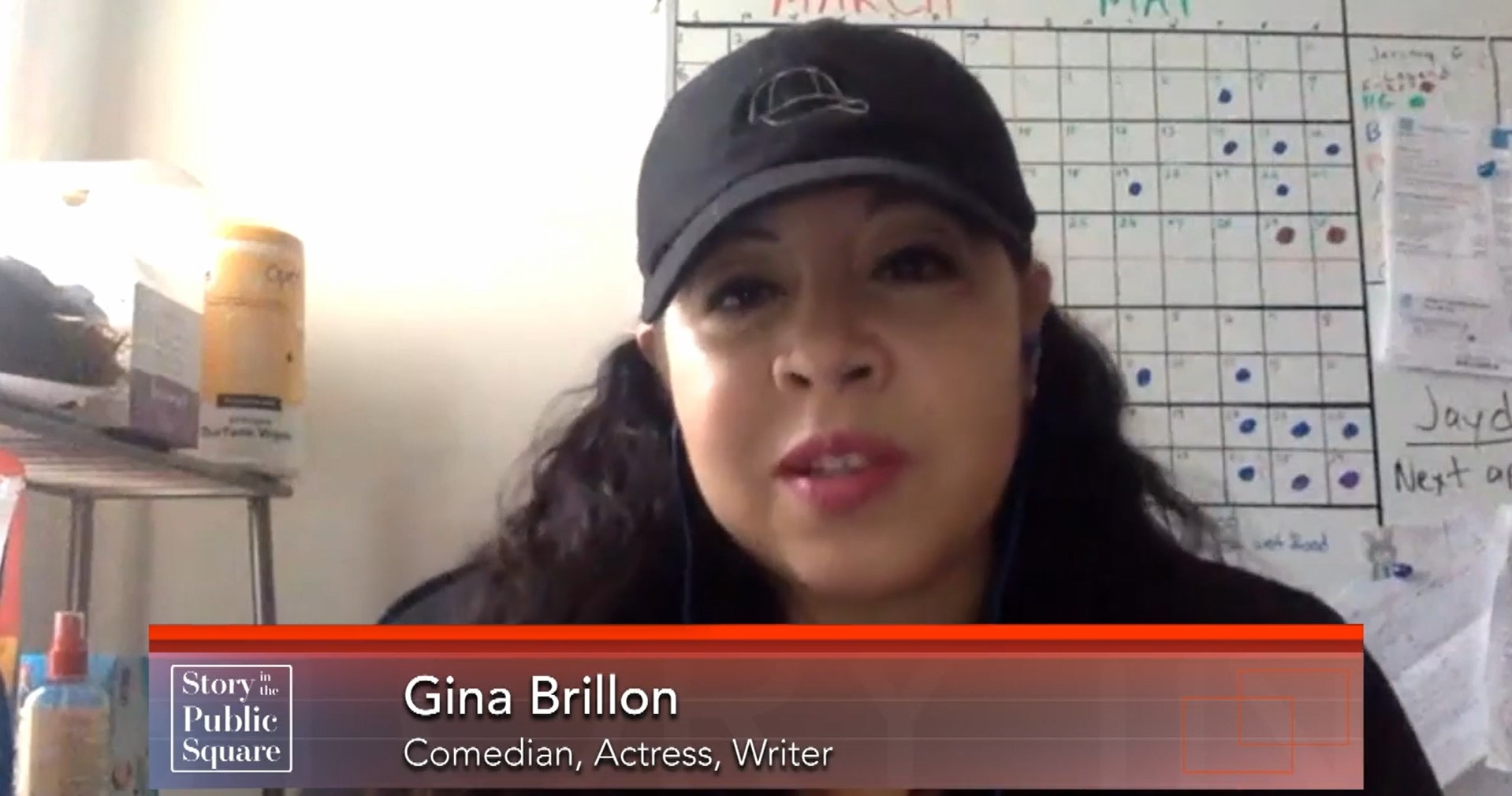 There hasn’t been a lot to laugh about in 2020, but Gina Brillon reminds us of the power of laughter and good humor even amidst so much tragedy.

Brillon is a standup comic, singer, published writer, and poet.  Her newest one-hour comedy special, “Gina Brillon: The Floor is Lava,” is now available on Amazon Prime Video, along with her first one-hour special, “Pacifically Speaking.”  She also performs in the HA Festival: The Art of Comedy on HBO Max.  Her half-hour comedy special, “Easily Offended,” was one of the top shows from the Entre Nos franchise on HBO Latino, and streams on all HBO Digital Platforms.  She has appeared on Comedy Central’s “Live at Gotham,” E!’s “Chelsea Lately,” “The View,” “Late Night with Seth Meyers” and “Jimmy Kimmel Live.” Brillon also appeared on “Kevin Can Wait” on CBS and “The Conners” on ABC.  In 2012, she became the first and only Latina winner of NBC’s Stand up for Diversity Showcase.  The following year, she was a “New Face” at the Montreal Just for Laughs Festival.  In 2019, she was featured on Gabriel “Fluffy” Iglesias’ “Beyond the Fluffy Tour,” which visited 46 cities across the United States.  She co-hosts the podcast, “Mess In Progress,” with Katherine G. Mendoza.

On this episode of “Story in the Public Square,” Brillion discusses her Amazon Prime special, “The Floor is Lava.”  She says this one-hour special is unique because of how much creative control she had.  She says, “I was so happy with that because there’s not a lot of people [in the comedy industry who] would trust an artist enough to let them do all that creative work. It has a special place in my heart because of how much work went into it and how much of my personality is in every aspect of it.”