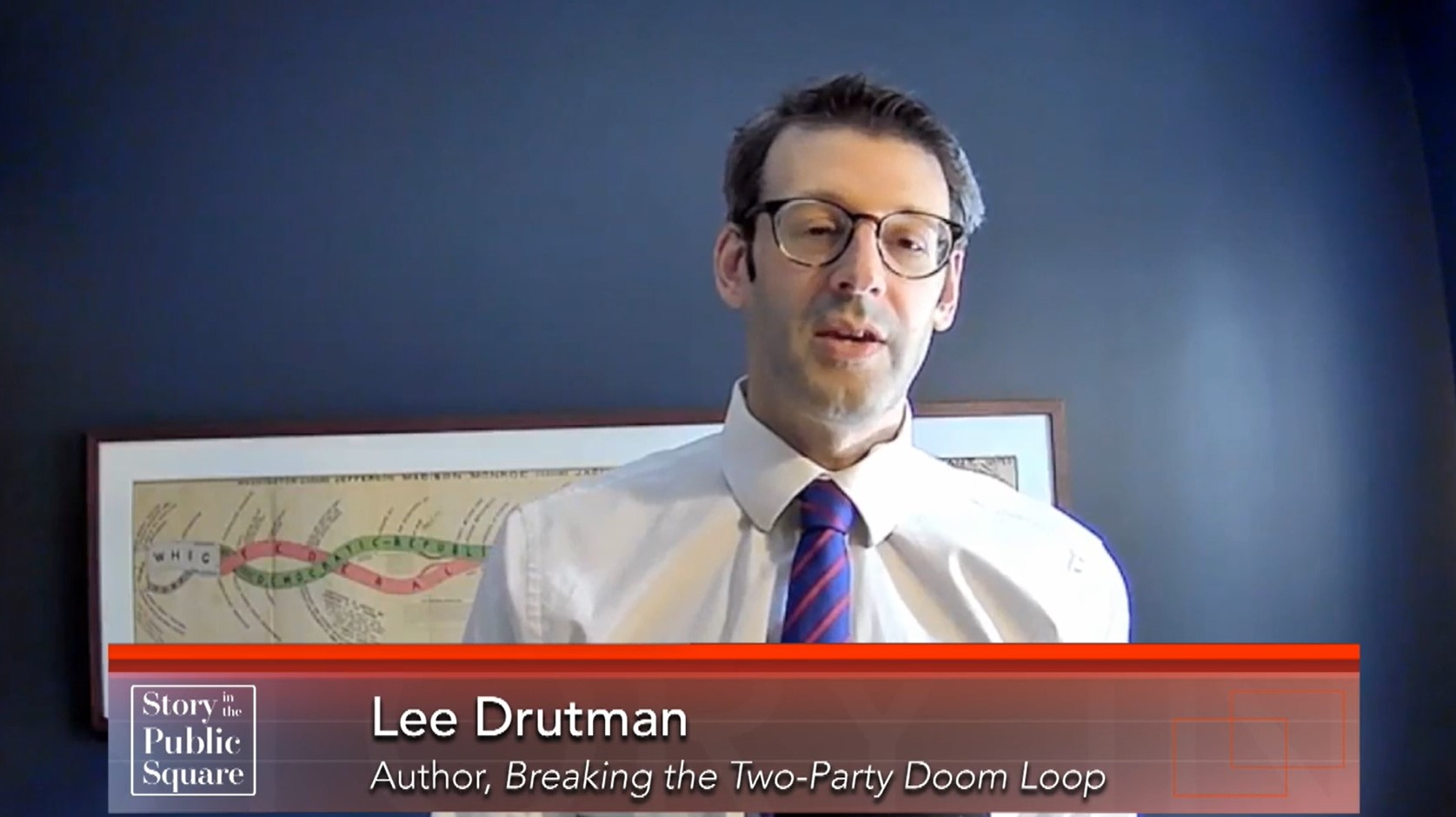 America’s founders feared the rise of political factions that would pit Americans against Americans.  Lee Drutman warns that the founders’ greatest nightmares have come true and threaten the health and welfare of our republic.

Dr. Lee Drutman is a senior fellow in the Political Reform program at New America.  He is the author of “Breaking the Two-Party Doom Loop: The Case for Multiparty Democracy in America” and “The Business of America is Lobbying,” winner of the 2016 American Political Science Association’s Robert A. Dahl Award, given for “scholarship of the highest quality on the subject of democracy.”  He is also the co-host of the podcast “Politics in Question,” and writes for the New York Times, Vox, and FiveThirtyEight, among other outlets.

On this episode of “Story in the Public Square,” Drutman discusses the evolving state of American democracy.  He says the two-party system is now “a very highly nationalized political conflict that is sorted very much along urban rural lines… with a very close balance of power.” He adds, “America is also transitioning to becoming a multi-ethnic democracy in a way that we never have been before,” which exacerbates the division we see today.