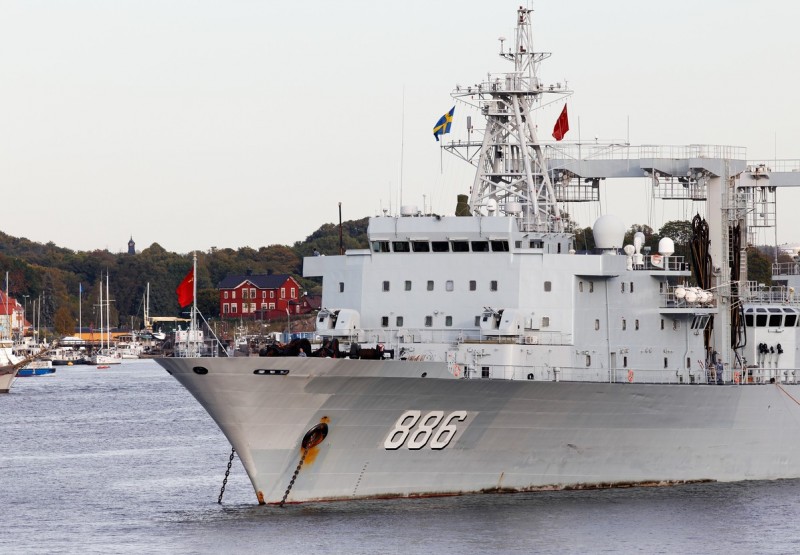 Not Since Nixon Has a U.S. President Faced Such a Tough China Challenge | The National Interest

Mongolia, With Deep Ties to Dalai Lama, Turns From Him Toward China | The New York Times

Ties That Bind: How Asian Alliances Will Survive Trump | War on the Rocks

Over the past few weeks, commentators’ attention has—understandably—been captured by the endless flow of revelations on Russia’s involvement in the U.S. political process, while concerns have grown over the direction of the incoming administration’s Russia policy. The level of discomfort is even higher overseas. Indeed, certain Central and Eastern European statesmen have openly relayed their anxiety at the prospect of falling victim to some future faustian pact between Washington and Moscow.

At the same time, even as observers fret over the President-elect’s troubling bonhomie towards a foreign adversary, few have devoted sufficient attention to the troubling downwards spiral in U.S.-China relations. As Evan Feigenbaum comprehensively details in The National Interest, no incoming U.S. administration has had to contend with such a severe China challenge since the Nixon years. Feigenbaum notes that in light of China’s military buildup and regional assertiveness, “even the most sanguine voices (in the U.S.) now view the U.S.-China relationship as competitive, and urge the United States to respond decisively, if carefully, especially to Beijing’s security behavior in Asia.”

Donald Trump has certainly demonstrated via twitter that he will not hesitate to openly confront China on certain core issues. The president-elect has not shown any signs, however, of having engaged in any deep reflection on how to fine-tune a more forceful balancing strategy, barring his oft stated desire to rebuild the U.S. Navy and enhance its presence in Asian waters. It remains to be seen whether certain of his more temperate and cerebral cabinet picks, such as Rex Tillerson or James Mattis, will succeed in crafting a China strategy that lends a degree of coherence and stability to Trump’s furious messaging. Indeed, the challenge posed to US leadership is a consequential one. The core difficulty for this administration, suggests Feigenbaum, will be how to balance the U.S.’s growing security role with its relatively diminished economic heft in the region,

The American role as Asia’s security provider is being reinforced even as the region’s economy becomes increasingly pan-Asian. So this will deprive the Trump administration of tools that its predecessors mostly just took for granted. Asian governments will, in many ways, look to one another for trade, investment and, above all, a hedge against lingering market volatility from the 2008 financial crisis.

In short, the Trump administration will be trying to make the U.S. security posture in Asia more sustainable at precisely the moment when America’s economic profile in the region is beginning to recede.

Despite its initial bafflement at some of Donald Trump’s tweets on Taiwan and the South China Sea, Beijing has shown no signs of mollifying its behavior. Rather it appears to have chosen to raise the temperature in the South China Sea to a slow boil, repeatedly flexing its muscles in its near abroad. Over the past few weeks, it has thus intensified its efforts to coerce plucky Singapore into severing its longstanding defense ties with Taipei, refusing to release Singaporean armored vehicles it impounded in Hong Kong over a month ago. Beijing recently dispatched a carrier task force into the Taiwan Strait, in a show of strength aimed at the new DPP administration.

Meanwhile, China’s leadership seems to have successfully pressured (for the time being at least) Mongolia, a devoutly Buddhist nation with deep historic ties to Tibet, into no longer hosting the Dalai Lama. Indeed, in the wake of his holiness’s November visit, authorities in Beijing abruptly suspended all bilateral ties with Ulan Bator, closing key border crossings and disrupting vital trade routes into the landlocked nation.

In an important development, Chinese officials also recently unveiled a new Asia-Pacific security framework, which has been presented as a more peaceful stabilizing geopolitical construct, but which in reality places a strong emphasis on the dilution of U.S. military and diplomatic presence in the region. Last but not least, Mira Rapp-Hooper from the Center for a New American Security recently published a good overview of why, in her eyes, the U.S. hub and spokes alliance system will survive the turbulence of a Trump presidency, noting that,

As America’s Asian allies wait with bated breath to learn what Trump will mean for them, they should also recall that security guarantees cannot actually be dismantled on a whim. Alliances are tools for threat management, but they are also institutions. Once you build them, they are hard to topple.