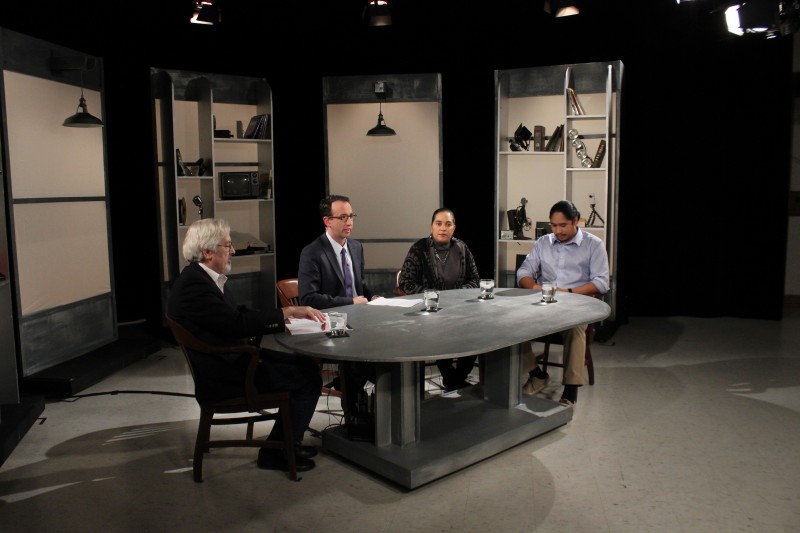 One of the big stories of the last six months has been the protest over the Dakota Access Pipeline.  This week on “Story in the Public Square,” two Native American activists talk about events on the Standing Rock Sioux reservation and the role of storytelling in native culture.

Lorén Spears is a Narragansett educator, author, artist, oral historian and executive director of the Tomaquag Museum in Exeter, R.I., dedicated to the preservation and celebration of Narragansett and Native American history and culture.

Christian Hopkins is a Native American activist and entrepreneur. A recent business graduate from Haskell Indian Nations University, he traveled to Cannonball, North Dakota, to stand in solidarity with the Standing Rock Sioux Tribe, protecting their water and supporting their voice in opposition against the Dakota Access Pipeline (DAPL).