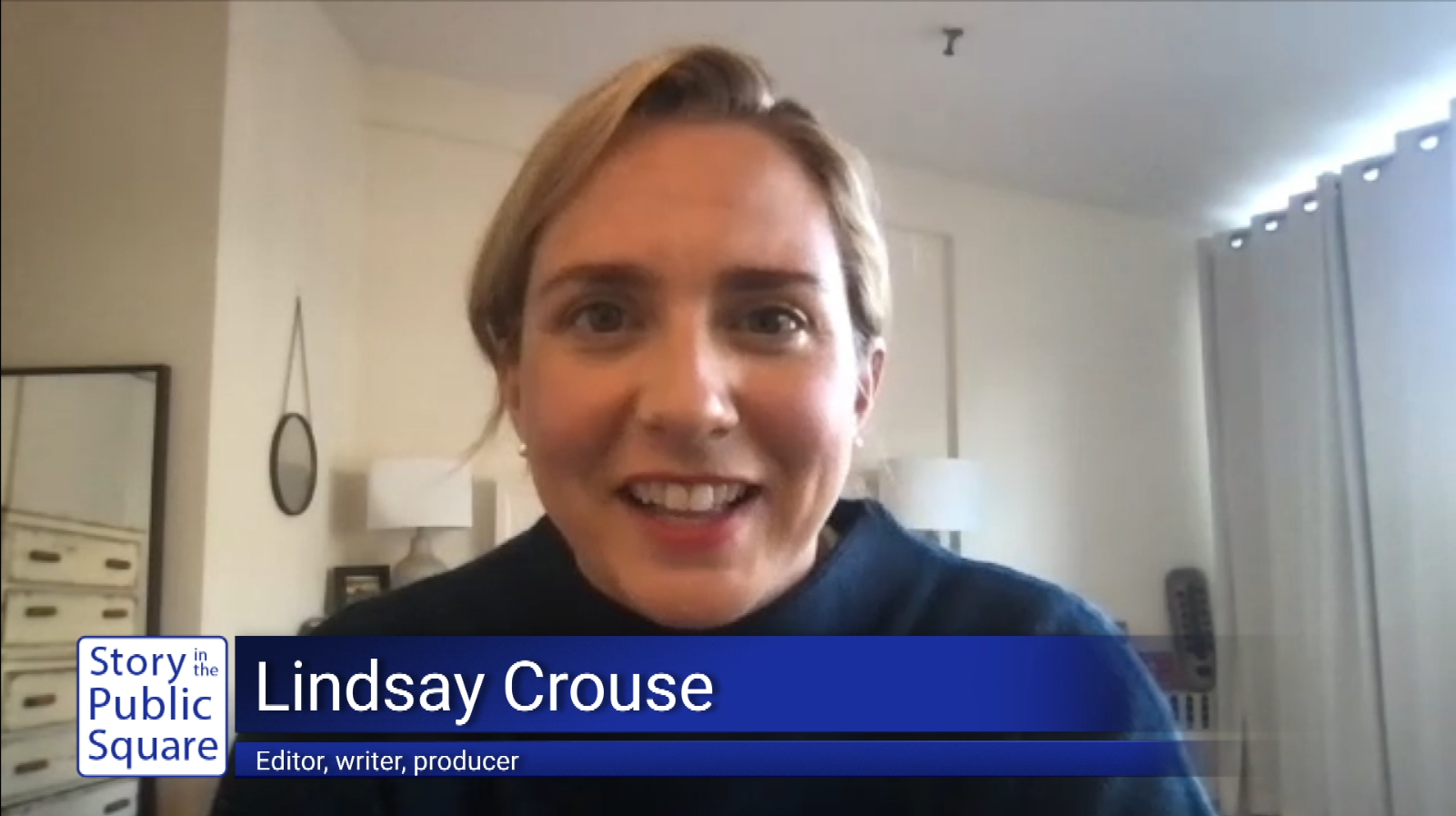 The demands society places on women—the choices they make about their lives, their relationships, and their appearance—can be overwhelming.  Lindsay Crouse exposes those expectations to the bright light of day and forces all of us to consider our own roles in them.

Crouse is a film producer and senior editor at The New York Times.  A Rhode Island native, she graduated from Harvard University, where she competed in both track and field and cross-country sports events.  She helped produce the 2017 documentary 4.1 Miles, which won an award at the 2017 Peabody awards.  Crouse first wrote about the female athletes who wanted to become mothers and faced pressure to continue competing and training that would jeopardize their health and pregnancy outcomes in October 2014.  In May 2019, she reported on Nike’s lack of maternity support for the female athletes it sponsors.  She produced a video interview and wrote an op-ed, about distance runner Mary Cain, entitled “I Was the Fastest Girl in America, Until I Joined Nike,” which was critical of both Nike and its chief coach, Alberto Salazar, for the grueling training methods and negative culture that profoundly affected Cain’s mental and physical health.  Following the publication of the article, Salazar was permanently suspended from participating in track and field events by the U.S. Center for SafeSport, a nonprofit that protect athletes from sexual, physical and emotional abuse.  She recently published the article, “Cancel Culture’ Isn’t the Problem. ‘OK Culture’ Is,” in response to the scandal involving John Gruden, former head coach of the Las Vegas Raiders.

On this episode of “Story in the Public Square,” Crouse discusses using sport as a lens through which we can examine established societal norms and the inequities women continue to face.