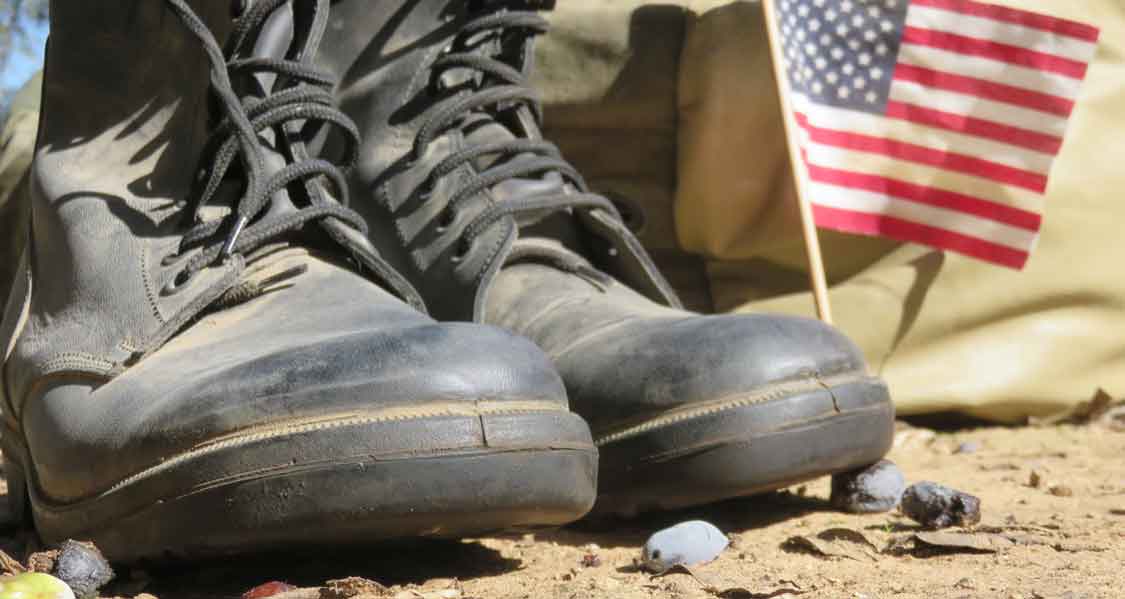 For more than a decade, I have studied climate change—not because I am a tree-hugger, polar-bear-loving, environmental activist, but because I am a national security analyst trained to identify dangers before they pose an imminent threat to the United States of America.  It is my professional opinion that climate change will pose a threat to the security of the United States in my lifetime.  In fact, in many ways it already is.

There are clear indications and warnings that something has gone wrong in the climate system.  Long-term trends in a host of indicators are flashing red.  Atmospheric concentrations of carbon dioxide—a potent greenhouse gas contributing to the warming of the planet—have risen steadily since I started watching the data in 2007, from 385 parts per million (ppm) to the current 405.61 ppm.  Global temperatures in 2016 were the hottest on record, and 16 of the 17 hottest years on record have all come since the year 2000—the one outlier was 1998.  Scientists warn that the climate can’t warm beyond 3.6 degrees Fahrenheit over pre-industrial averages without cataclysmic consequences for humanity—a warming scenario that scientists believe will arrive as atmospheric CO2 levels reach 450 ppm.  Arctic sea ice had the smallest summer minimum on record in 2016 and, perhaps not surprisingly, the smallest winter maximum in 2017.  Antarctica has lost, on average, 118 gigatonnes of ice each year since 2002, while Greenland has lost 281 gigatonnes each year.  Sea levels have risen an average of 3.4 mm per year since governments began using satellites to measure them in 1993.

This is not about polar bears or pine forests.  My concern arises from the threat these changes pose to the existence humanity has carved out for itself over the last ten thousand years.  Climate change threatens to disrupt precipitation patterns leading to droughts in some places and floods in others.  According to one study, 634 million people around the world are at risk of rising seas.  Strong, wealthy states may be able to survive these challenges.  But weak states with dysfunctional governments will be stressed to the breaking point.  There is already considerable evidence that the Syrian civil war, which has claimed more than 400,000 lives and displaced nearly half of the country’s pre-war population, was contributed to by climate change.  A severe drought from 2007 to 2011 devastated agriculture and led to economic crisis in the countryside.  As more and more Syrians fled to the cities, the government was unable to provide relief.  A brittle, authoritarian regime resorted to using force against its own people to keep power.  In recent weeks, it’s been reported that as many as 1,000 U.S. troops are headed to Syria to help fight Islamic extremists associated with ISIS who have capitalized on the Syrian civil war.

In the 1970s, the scientific advisors to the Department of Defense, a group known as The Jasons, identified climate change as a potential threat to U.S. national security.  In the 40 years since they first issued their warning, the evidence has mounted and the U.S. national security community, in both Democratic and Republican administrations, have echoed and reinforced those warnings.

In 2015, the leaders of the nations of the world agreed to ambitious targets to reduce greenhouse gas emissions.  The Paris Accord, as the agreement is known, was a testament to the diplomacy and effort of President Barack Obama and Secretary of State John Kerry.  The critical piece in all of this was that the United States and China—the world’s two largest polluters—agreed to act.  Central to America reaching its goals by 2025 was President Obama’s Clean Energy Plan, a broad set of policies designed to accelerate the adoption of clean technologies like wind and solar at the expense of fossil fuels, especially coal.

This week, President Trump issued an executive order to block implementation of the Clean Energy Plan.  He has said he wants to put coal miners back to work and bring “clean coal”—which we should note is a myth—into America’s energy mix.  For a president who claims to be focused on restoring jobs and American economic power, he ignores that solar, today, employs four times as many workers as the coal industry.

Coal is not the future of American energy, but that likely isn’t the point.  President Trump has espoused a rebirth of American nationalism in which he will reject globalization and global solutions to problems.  He only cares about American economic growth and American national security.  As such, international agreements to fight climate change are anathema to him.  They constitute an approach to the world that is wholly foreign and incompatible with his world view.

But here’s the thing: while the United States can probably weather the direct impacts of climate change in the near-term, the global impacts will draw in American power and even American military power—just as the civil war in Syria has, already.  A world at 450 parts per million CO2 will be more violent and more dangerous—and that means more dangerous for the United States, too.