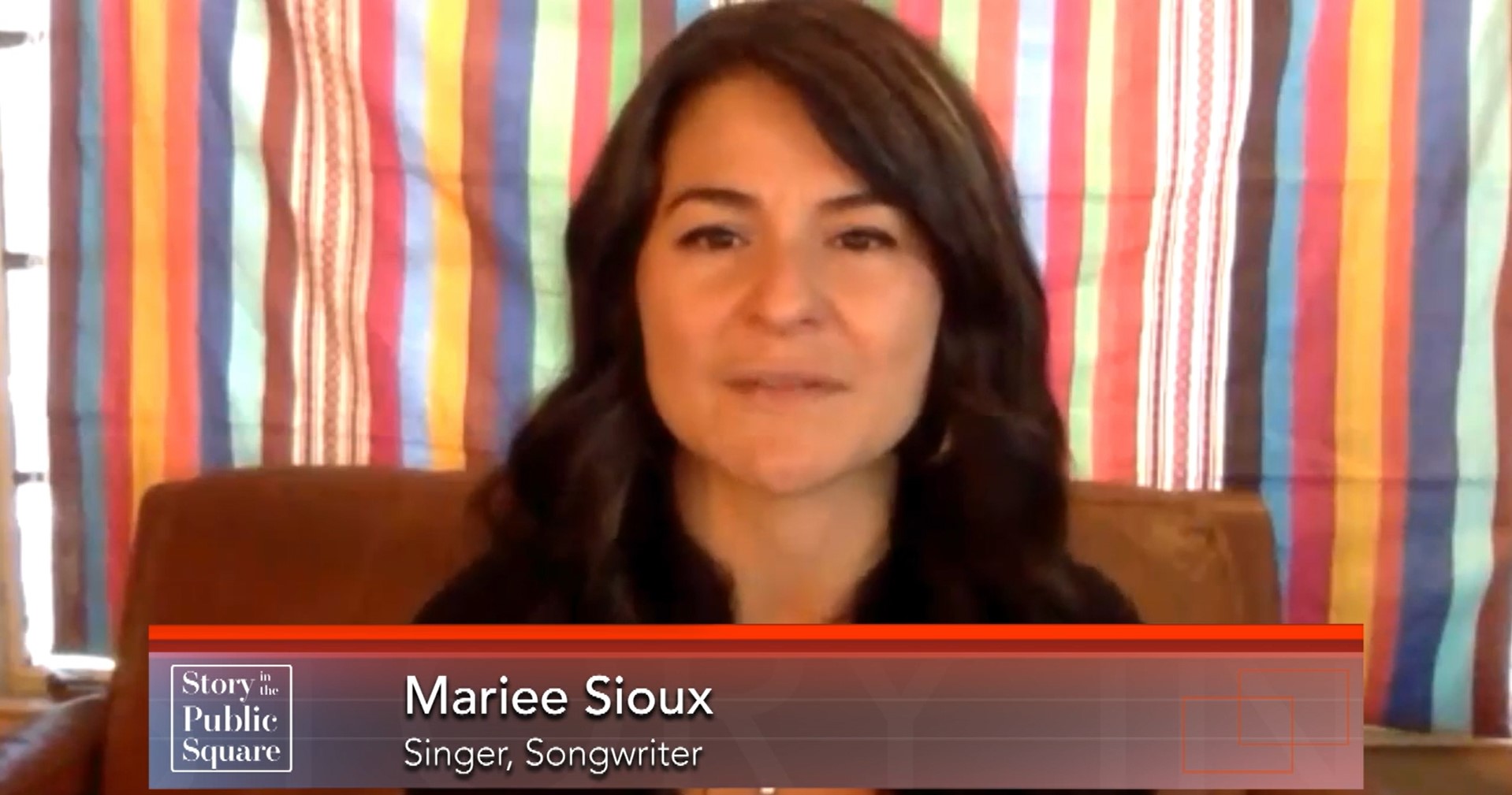 Folk music has a long and rich tradition in the United States, telling stories by capturing life in lyric and melody.  Singer-songwriter Mariee Sioux uses those tools to tell stories that reflect her indigenous heritage.

Mariee Sioux was raised in a small gold mining town in Northern California and is of Indigenous and Polish Hungarian ancestry.  She was exposed to melody, harmony, and the way music brought community together since childhood, going to Bluegrass festivals, and her father in a bluegrass band.  In connection with her native roots, Sioux values the medicinal qualities of music and believes gathering to share her songs is ultimately for healing purposes.  An abstract storyteller, she serves as a voice for the natural world and trials of humanity through song.  Sioux’s finger-picking guitar has been compared to the greats of Nick Drake and Bert Jansch.  She has extensively toured Europe and the United States, opening for acclaimed artists like Mazzy Star, Buffy St. Marie, Frank Black, Bonnie ‘Prince’ Billy, and Joanna Newsom.  She has produced seven records, including “Gift for the End” and “Grief in Exile.”

On this episode of “Story in the Public Square,” Sioux describes the influence her ethnic heritage has had on her music.  Her mother, who has indigenous Californian, indigenous Mexican, and Californian roots is not affiliated with any specific tribe.  Sioux says, “the grief of a lot of our heritage being lost so rapidly over a couple of generations has been something that’s been really impactful to my path [and music.]”  “[M]aking and finding music and singing has been a way back to my ancestry, and back to putting the pieces together that sometimes feel lost.”