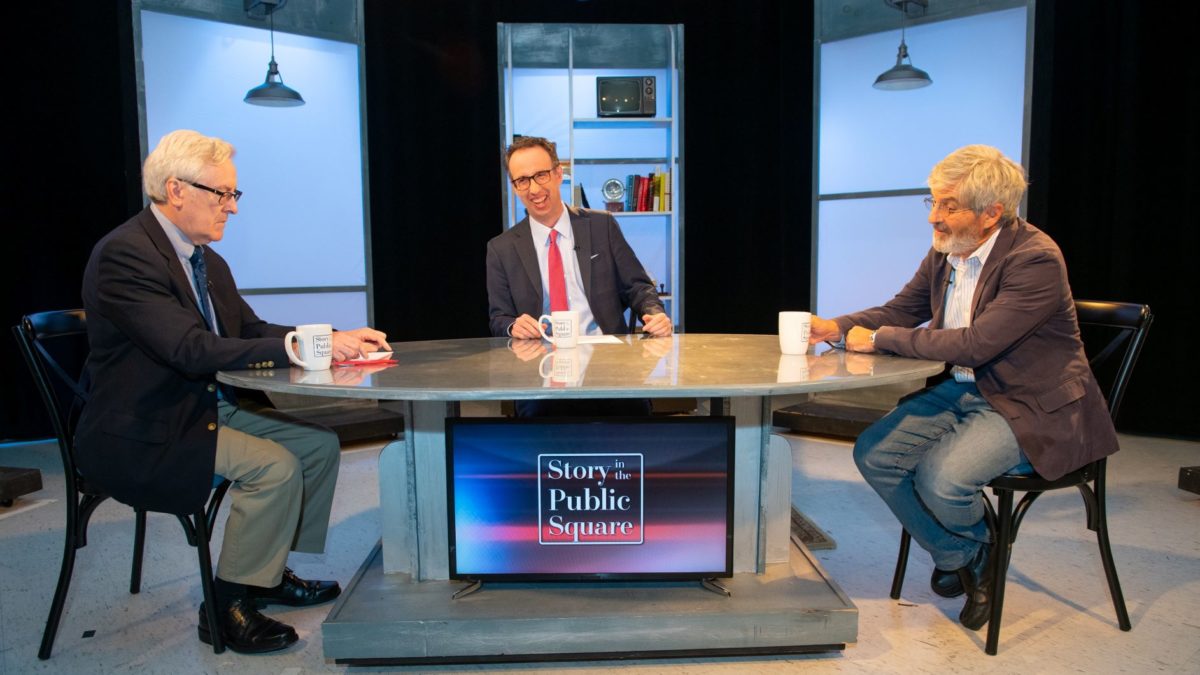 May 17, 2021, NEWPORT, RI – “Story in the Public Square,” the four-time Telly-Award winning series from the Pell Center at Salve Regina University and The Providence Journal, will debut its seventh national season on July 5, 2021. The season will feature 24 new episodes seen nationally on public television and heard nationally on SiriusXM Satellite Radio’s P.O.T.U.S. channel

The series is the result of the creative collaboration between its hosts, Jim Ludes (Vice President, Salve Regina University) and G. Wayne Miller (Staff Writer, The Providence Journal).  In weekly, 30-minute episodes, the hosts interview great storytellers about their craft and its impact on public life.

“Story in the Public Square” has carved a niche for itself, exploring big issues with great guests, but minus the acrimony that distorts other public discussions.

“Story in the Public Square” is a great collaboration,” said Miller, “a collaboration between us and the crew, the guests, and the audience who bring to each of our conversations the insights earned in their own lives.  We respect all of those partners,” he continued, “and it comes across in a show that we think explores big issues with intelligence and wit.”

Produced since 2017 from the studios of its flagship television station, Rhode Island PBS, “Story in the Public Square” is currently seen in more than 80% of the nation’s television markets.  It has won Telly Awards for excellence in politics and commentary in 2020 (twice); 2019, and 2018.

The series is produced by the Pell Center at Salve Regina University and presented by Rhode Island PBS via NETA, the National Educational Telecommunications Association.