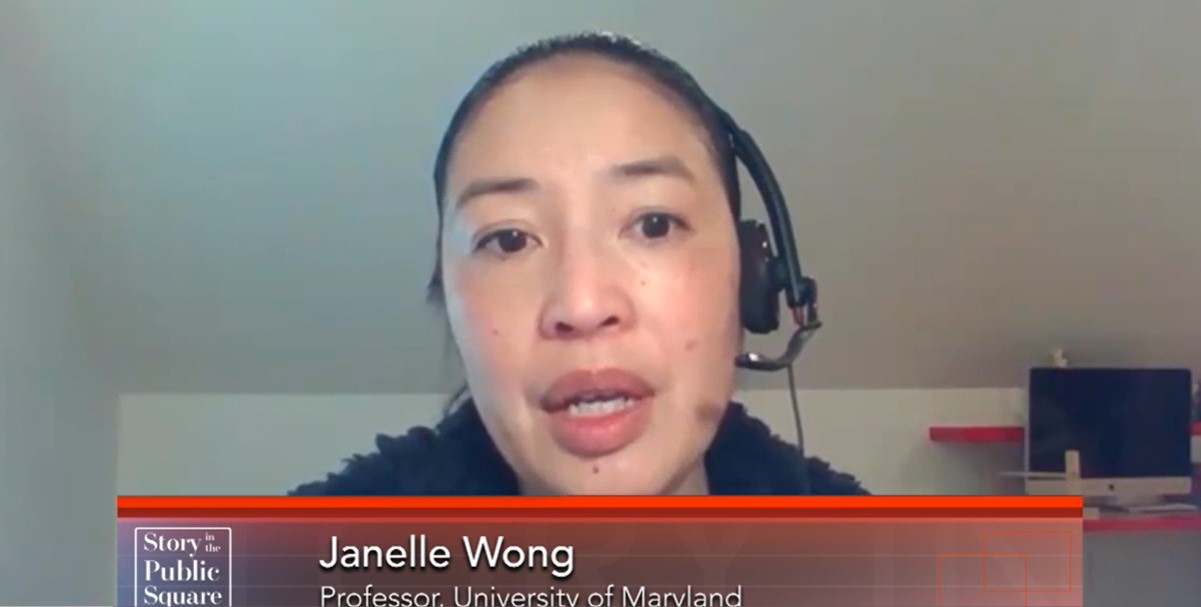 Hate crimes are nothing new to members of the Asian American community.  Dr. Janelle Wong helps us put them in historical context—from the Asian Exclusion Acts to the rise in violence targeting Asian Americans during the COVID-19 pandemic.

On this episode of “Story in the Public Square,” Wong says the recent spike in violence against Asian Americans is “a kind of reaction that people in the U.S. have had to Asian-Americans in this country since really the beginning of immigration of Asian-Americans to U.S. shores.”  She adds, “there have been times throughout history that Asian Americans have been scapegoated and blamed for potentially bringing disease, bringing their culture, bringing potential kinds of disruptions to U.S. life and this is really part of this longer history.”