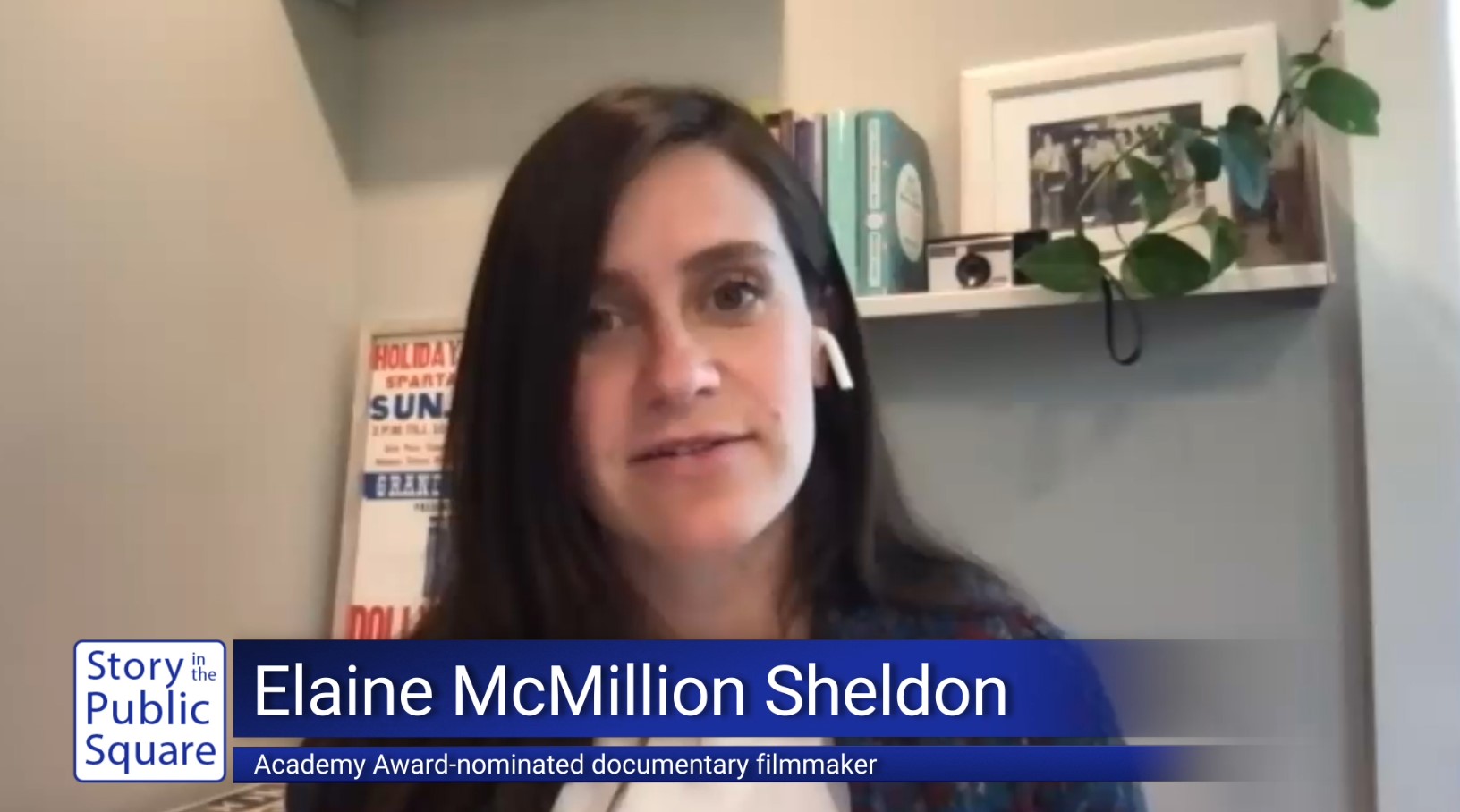 Documentary filmmakers take us into the lives of their subjects in a way that the written word can’t capture. We see what they see. We get a sense of the physical space they occupy with our own eyes.  We hear their voices.  Elaine McMillion Sheldon weaves these elements together in powerful films that explore everything from love to addiction.

McMillion Sheldon is an Academy Award-nominated, and Emmy and Peabody-winning documentary filmmaker based in Appalachia. She has been commissioned by Netflix, Frontline PBS, The Center for Investigative Reporting, The Oxford American, The New York Times Op-Docs, TEDWomen, Field of Vision, and The Bitter Southerner. Sheldon is the director of two Netflix Original Documentaries, “Heroin(e)” and “Recovery Boys” that explore America’s opioid crisis. “Heroin(e)” was nominated for a 2018 Academy Award and won the 2018 Emmy Award for Outstanding Short Documentary. The short film premiered at the 2017 Telluride Film Festival and went on to screen hundreds of times across America as part of a community-driven impact campaign. Sheldon has appeared on “The Daily Show” with Trevor Noah, Anthony Bourdain’s CNN show, “Parts Unknown” and “Meet The Press” with Chuck Todd. She’s a founding member of the All Y’all Southern Documentary Collective. She is a recipient of the 2020 John Simon Guggenheim Fellowship in Film and 2021 Creative Capital Awardee. In 2016 she received a highly-competitive national “Breakthrough Award” and fellowship from Chicken and Egg Pictures. She was also named a 2018 USA Fellow by United States Artists, one of the 25 New Faces of Independent Film by Filmmaker magazine, one of 50 People Changing The South by Southern Living magazine, and grants from Sundance, Tribeca, Catapult, Chicago Media Project, and Field of Vision.

“Story in the Public Square” continues to broadcast each week on public television stations across the United States.  A full listing of the national television distribution is available at this link.  In Rhode Island and southeastern New England, the show is broadcast on Rhode Island PBS on Sundays at 11 a.m. and is rebroadcast Thursdays at 7:30 p.m. An audio version of the program airs 8:30 a.m., 4:30 p.m. and 10:30 p.m. ET, on SiriusXM’s popular P.O.T.U.S. (Politics of the United States), channel 124. “ Story in the Public Square” is a partnership between the Pell Center and The Providence Journal. The initiative aims to study, celebrate and tell stories that matter.