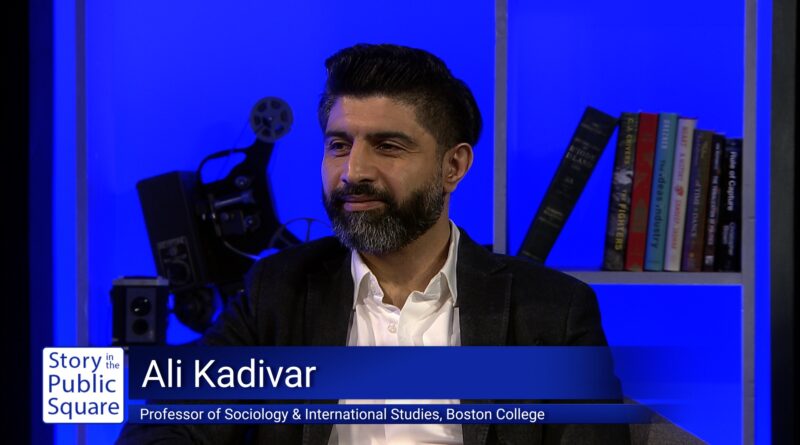 Since the fall of 2022, the women of Iran have confronted the authority of the Islamic Republic of Iran after one young woman died in the state’s custody. Ali Kadivar views the advocacy of those brave women through the broader struggle for democracy around the world.

Kadivar is an Assistant Professor of Sociology and International Studies at Boston College.  He also directs the Middle East Popular Politics Lab at Boston College, which focuses on collecting and analyzing quantitative and qualitative data on various instances of contentious mobilization such as revolutions, wars, civil wars, anti-regime protests, and pro-regime mobilization globally, in the Middle East, and particularly in Iran.  Kadivar’s work contributes to political and comparative-historical sociology by exploring the interaction between protest movements and democratization and draws on his experience as a participant-observer of the pro-democracy movement in Iran, but his research agenda moves outward from this case to explore these issues on a global scale, using case studies, comparative-historical methods, and statistical analyses.  His research has been published in the American Sociological Review, Social Forces, Comparative Politics, Socius, and Mobilization, and has won awards from the Collective Behavior and Social Movement (CBSM), Comparative Historical Sociology, Global and Transnational Sociology, Sociology of Development, and Peace, War and Social Conflict sections of the American Sociological Association (ASA).  His new book is “Popular Politics and the Path to Durable Democracy,” from Princeton University Press.

On this episode of “Story in the Public Square,” Kadivar discusses the latest wave of protests in Iran that began in began in September 2022 following the death of 22-year-old Mahsa Amini while in police custody, addressing who has been involved in the protests and the issues that continue to motivate their demonstration efforts.