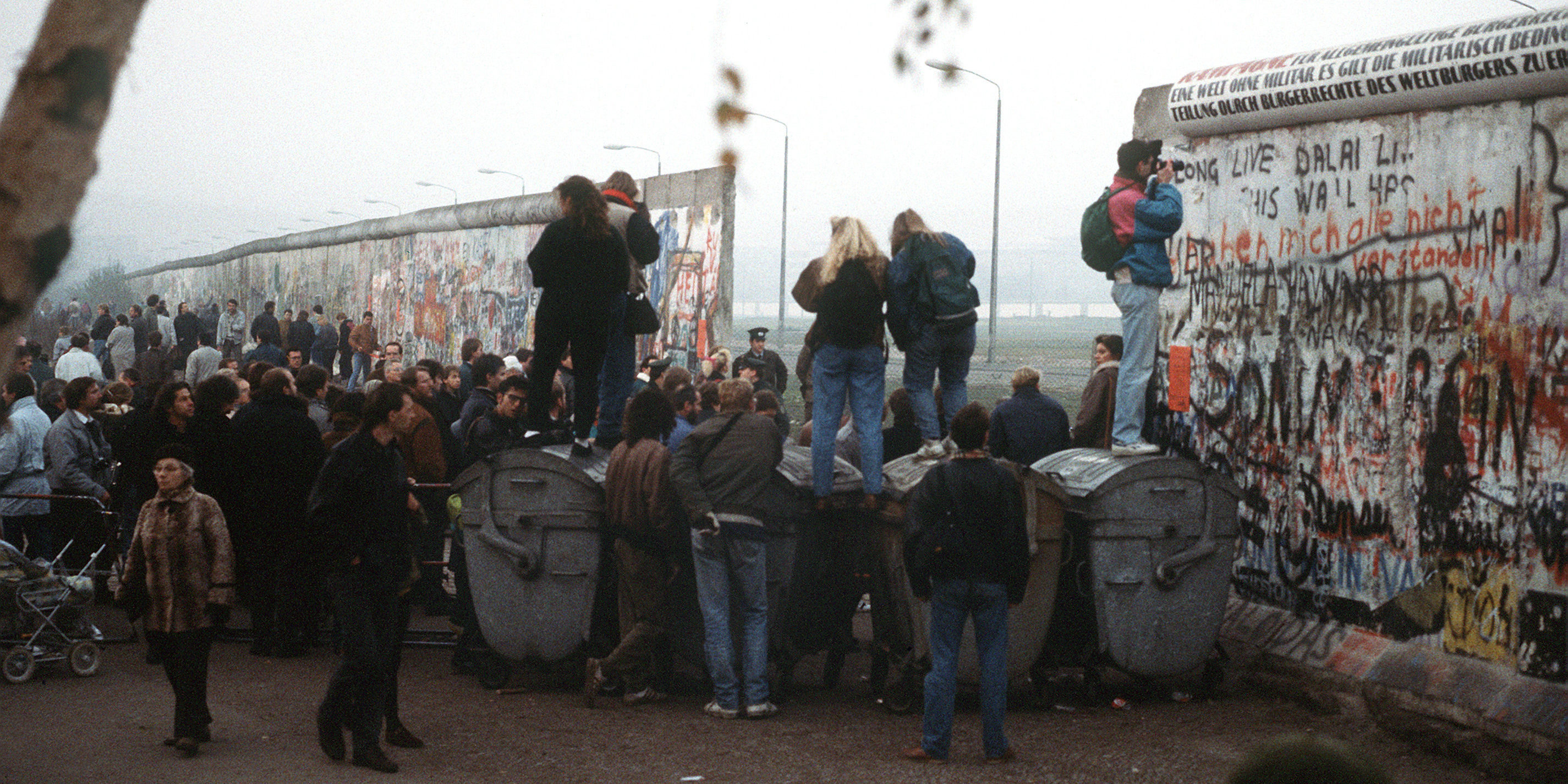 Last weekend, I found myself in my kitchen cooking dinner and humming a song from decades ago.  The German rock band “Scorpions” had a global hit in the song “Wind of Change” that may be my favorite “end of the Cold War” song.  I searched for the music video on my phone, and as I watched it, I was reminded that November 9th marks the 30th anniversary of the fall of the Berlin Wall.

I was a Freshman at Providence College in 1989, basking in the autumn sun and devouring The New York Times each day as events spun out.  Long before social media, we relied on newspapers of record and broadcast news for understanding events.  And these were historic events. November 9, 1989, belongs in the same breath as July 4, 1776, and July 14, 1789: it signals an epochal shift, one moment in a long history that serves as our reference point for “before” and “after.”

I texted a couple of friends the link to “Wind of Change” while I cooked, and we began slinging song titles back and forth—morphing from “end of the Cold War” to simply “Cold War” songs.

In the Cold War classic “99 Red Balloons,” Nena, a West German artist, spun a haunting fantasy of the outbreak of war and its aftermath. It’s lyric, “This is what we’ve waited for/This is it, boys, this is war. . . .” stands in sharp contrast to the triumph and sense of relief of Jesus Jones just a few years later in “Right Here, Right Now,” when he boasted “I was alive and I waited, waited//I was alive and I waited for this. . . .” Jones was singing about the fall of the Berlin Wall, the collapse of communism, and the hope we all felt that the world was going to be better, safer after the Soviet Union ceased to exist.

Other artists bookend that period in popular music, too.  In 1985, Sting sang “Russians,” capturing the existential fears of many in Europe who felt trapped between the two superpowers.  He asked how to protect his children from nuclear war before noting the shared humanity of people on both sides of the struggle, singing “We share the same biology//Regardless of ideology//What might save us me and you//Is if the Russians love their children too.”  By 1989, Billy Joel was singing about the people on either side of the Cold War, too, not based on hope and fear, but based on first-hand knowledge.  In 1987, when he became the first major, Western rock star to tour the Soviet Union, Joel met a circus performer who, as Joel put it in “Leningrad” found “his greatest happiness. . . . in making Russian children glad.” More than Sting had hoped for just four years earlier, the song ends with Joel proclaiming that the Russians don’t just love their own children: “He made my daughter laugh, then we embraced//We never knew what friends we had//Until we came to Leningrad.”

I remember the Cold War fears of the mid-1980s.  I remember President Reagan warning of the “Evil Empire.”  I remember watching “The Day After” in 1983 and having nightmares about nuclear weapons falling in my backyard.  No one dared believe that the Cold War would end peacefully or quickly.  It was still a “long, twilight struggle.”

There was a nostalgia for the Cold War among my cohort of young, national security analysts in the 1990s in Washington.  As the world grew increasingly complex, the relative simplicity and familiarity of the Cold War looked comfortable in retrospect.  After 9/11, that sentiment reached its zenith.

But the Cold War was a dark period in human history.  Nations developed the capacity to wipe humanity from existence and, in the face of that threat, artists gave voice to fears and anxieties, and—on rare occasions—hope.

Against incredibly long odds, those hopes were fulfilled 30 years ago this weekend.  We would do well to remember the fear that preceded it and the things that actually contributed to the West’s success: the universal desire for freedom; the appeal of democracy; the strength of free nations acting in alliance; and the belief that walls between people should be torn down.