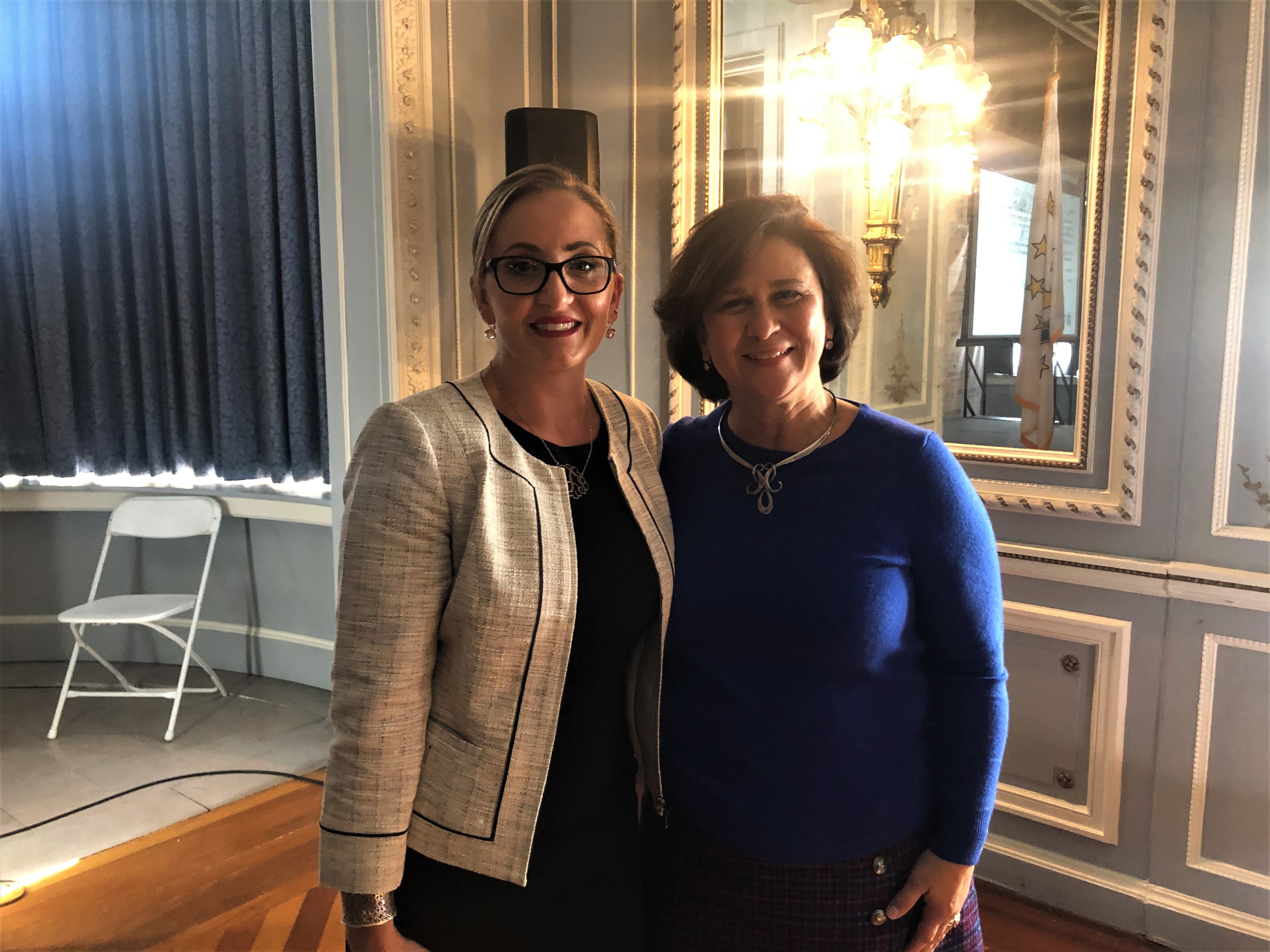 In her address, Secretary Gorbea highlighted Rhode Island’s commitment to keeping elections secure and accurate, emphasizing the importance of collaboration between state, local, and federal officials to do so.  Diane Mederos of the Rhode Island Board of Elections said that “over 160 million votes are expected to be cast in 2020,” and Rhode Island’s small size is its strength regarding election security.

Executive Director Jim Ludes spoke about global threats concerning U.S. elections and Western democracy.  He discussed Russian interference, noting Russia’s historical efforts to exploit existing internal weaknesses in the U.S.  Ludes said Russia has “raised doubts about the integrity of American democracy and seeks to diminish the appeal of Western liberalism.”  He added that Russia’s goal is to “attack reality itself,” and undermining the integrity of U.S. elections is a key strategy.  Ludes urged the audience to be vigilant as media consumers and participants, saying “be vigilant but don’t be afraid, don’t spread fear, and don’t act fearfully.”

Senior Fellow Francesca Spidalieri followed Ludes’ keynote address, highlighting cybersecurity concerns to U.S. organizations as well as state and local municipalities, which are increasingly becoming victims of cyber attacks, from data breaches to ransomware attacks to compromise of voter registration databases and possibly voting machines.  When asked whether the vote could actually be hacked, she said “technically, it would be very difficult.  The electoral system is a decentralized system managed at the state and local levels and voting machines themselves are standalone systems that are not connected to the Internet.  Unlike state voter registration systems that were probed in at least 21 states in 2016, the actual voting machines would be much harder to hack remotely or at the polls.”  Elections, however, can still be manipulated through other cyber means such as injecting malicious software in individual voting machines during updates, manipulating other weak points in the system, or directly exploiting a vulnerability in the machine’s software to change the way that votes are counted or tabulated.  She added, “although hacking the vote would be difficult, even one case of tampering or manipulation on Election Day can undermine confidence in the election.”  Spidalieri emphasized the importance of being proactive by developing a risk-management strategy, adopting cyber hygiene best practices, and monitoring potential threats posed to the election system.

Congressman Jim Langevin addressed the audience following Spidalieri’s talk, emphasizing his continued zeal for cybersecurity measures to ensure the accuracy and security of elections and the protection of other critical infrastructures.  The summit concluded with off-the-record talks by members of the RI National Guard, RI State Police, and the U.S. Department of Homeland Security.