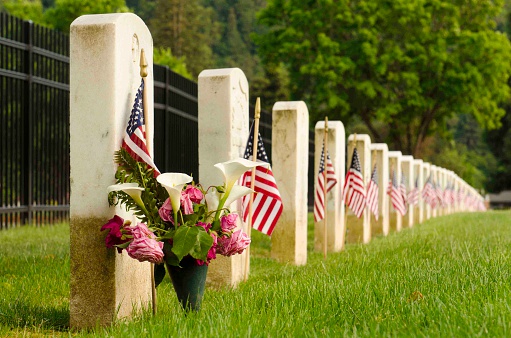 Gilgamesh, in the epic Mesopotamian poem, wanted to live forever, like the gods.  But Gilgamesh was human.

His mortality meant that he would know death.  His name, however, could live forever.  He would be remembered, he reasoned, because of the great things he did.  He asked:

“Who is the mortal

able to enter heaven? Only the gods

can live forever. The life of man is short.

What he accomplishes is but the wind.

Where is the courage that you used to have?

Where is the strength?  It is Gilgamesh

who will venture first into the Cedar Forest,

‘Go on, go forward, go on, embrace the danger!’

You who have fought with lions and with wolves,

you know what danger is.  Where is your courage?

If I should fall, my fame will be secure.

‘It was Gilgamesh who fought against Huwawa!’

It is Gilgamesh who will venture into the Forest

and cut the Cedar down and win the glory.

My fame will be secure to all my sons.”

If you’ve ever stood at the Vietnam Veterans Memorial and read the names of some of the 58,286 Americans inscribed there, then you know the power of memory to live on, just as Gilgamesh described it.

My picks of the week are remembrances—the story of two Marines, Corporal Jonathan Yale and Lance Corporal Jordan Haerter, who stood their ground one fateful day in Iraq while a massive truck bomb barreled toward them.

On this Memorial Day, and always, remember Yale and Haerter and that long line of Americans who have stood with them.

NEWPORT, RI—Polarization, as it refers to the state of U.S. politics, has become a common part of our lexicon. We