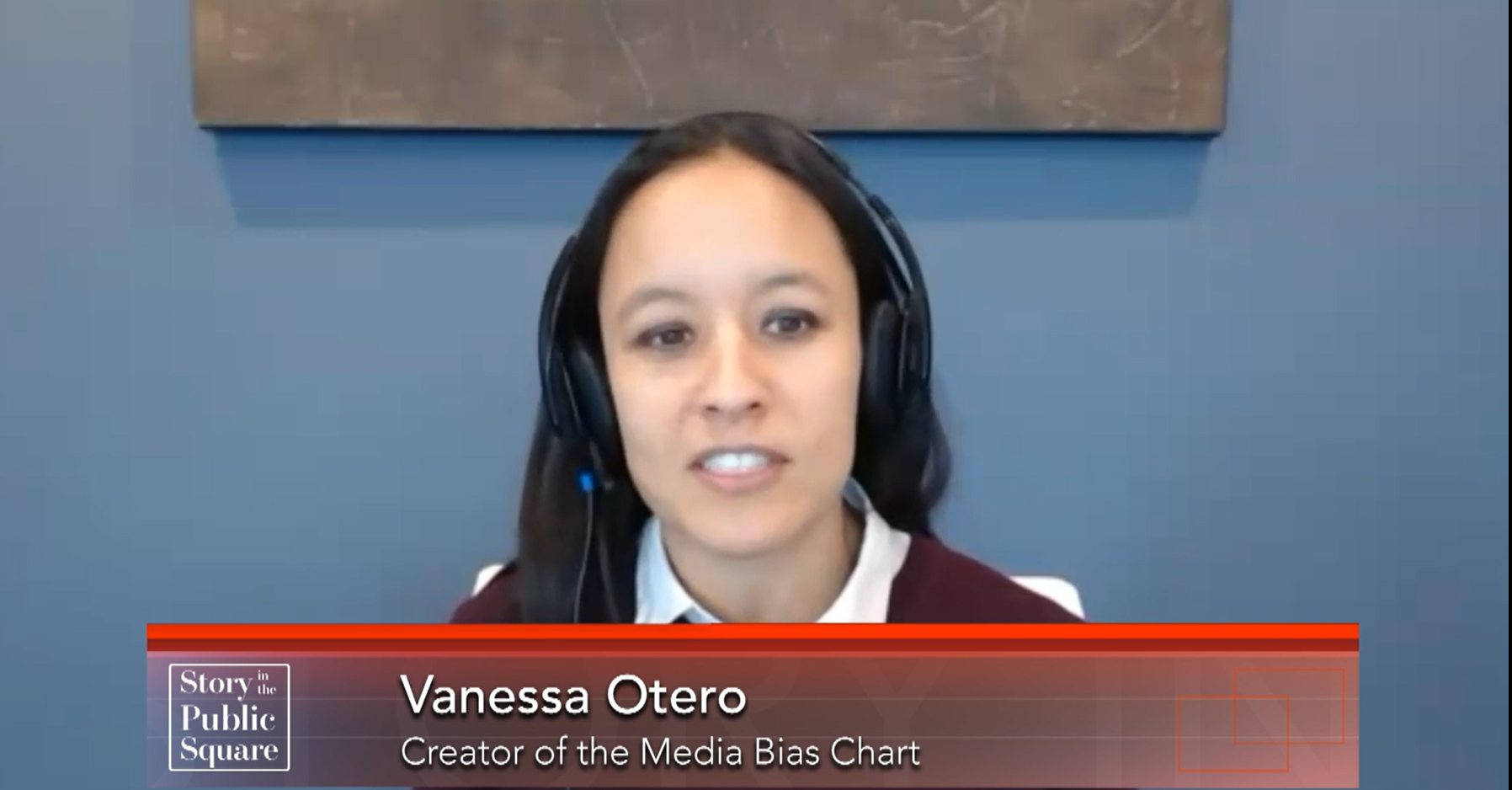 Anybody on social media has seen it: dueling posts, arguing over a hot political issue. The protagonists in these online debates are generally sincere in their convictions, but Vanessa Otero says that too many of us remain unaware of the media biases that shape our understanding of the world.

Otero is the creator of the Media Bias Chart®, the viral image that rates news organizations on their reliability and degree of political bias in their work and maps them accordingly.  The chart prompted lively discussions about where people get their news when it was published.  She is the CEO of Ad Fontes Media, the company she founded in 2018 to fulfill the need revealed by the popularity of the Chart—the need for an easy-to-understand, reliable news rating system.  Otero seeks to impact the way consumers, educators, and organizations deal with today’s complex media landscape through her work at Ad Fontes Media.  She is a practicing patent attorney and earned her J.D. from the University of Denver Sturm College of Law.

On this episode of “Story in the Public Square,” Otero says her chart of the news-media landscape has revealed a “need for people to understand where news sources fall in terms of reliability and bias [because] everyone has a role to play in making the news-media ecosystem better.”