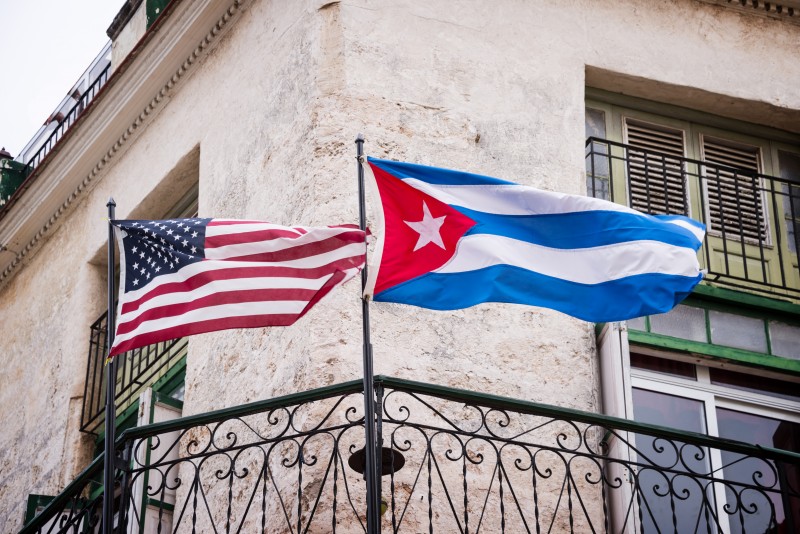 A Better Way: Our Vision for a Confident America | House GOP

“Quisling.”  It’s a term that was popular in the mid-twentieth century.  It was used to identify someone who sold out to the enemy.  The term comes from Vidkun Quisling, the leader of the collaborator government in Norway during the Nazi occupation.  To be called a quisling is to have your intelligence, your judgment, and your integrity questioned, all at once.

No one that I pay much attention to has actually called Barack Obama a quisling for his handling of American foreign policy, but they’ve come close.  In writing and in interviews, they depict the president as naïve or outmaneuvered by crafty rivals, like Vladimir Putin, the Supreme Leader of Iran, or the Castro brothers in Cuba.  In negotiation after negotiation, conservative critics have asserted, the president has made bad deals.

On the normalizing of relations with Cuba, conservative columnist Charles Krauhammer said, “From Cuba, Obama didn’t even get a token gesture. Not even a fig leaf such as, say, withdrawal of secret police support in Venezuela….”

Another common refrain is to criticize even the fact of dialogue without preconditions.  Katie Pavlich writing in The Hill, a Capitol Hill newspaper, said:

You’d think allowing citizens to access the Internet would be a starting point for normalization and bringing Cuba into the modern world of information, but Obama made the trip without preconditions, similar to how he approached the nuclear deal with the Iranians. The Castros have taken advantage by tightening their grip instead of welcoming in a new relationship and new freedoms. Censorship is as tough as ever, and dissidents are still rotting in jail.

But Obama’s love for Cuba and promotion of “change” in the country has nothing to do with helping the Cuban people — it instead harkens back to his days as a young, radical activist in Chicago.

In Obama’s leftist and radical circles, murderers like Che Guevara are celebrated, worn on T-shirts and portrayed as a revolutionary heroes in college classrooms across the country. What isn’t mentioned is the thousands of people Guevara, in partnership with the Castro brothers, executed for opposing them.

Noah Rothman of Commentary hit many of the same notes in criticizing the Obama administration’s pursuit of diplomacy with Iran.

Iran is playing the United States for a sucker. Russia views America as a paper tiger to be disregarded. And all the administration can do is feign insult and pledge to take their grievances to the United Nations, where they will die a quiet and ignominious death. If this White House were still capable of embarrassment, this development would inspire fits of it. Perhaps the members of this administration are just too busy calling opponents of the Iran deal traitors to notice how they have enabled America’s true adversaries to outmaneuver them.

There is a simple fallacy that far too many Americans believe about diplomacy.  According to a comic-book view of the world, America is strongest and gets the best deals when it doesn’t talk to anyone.  If you think conservatives cooked up this recipe just for President Obama, you need to think again.  Check out this oldie, but goodie—so old that it’s not available online—from the April 4, 1994, issue of National Review.  Former CBS newsman Dan Rather delivered much the same critique about President Bill Clinton’s failing to win a full accounting of American POWs from Vietnam prior to lifting the U.S. trade embargo on that country.  Rather wrote:

If Bill Clinton is nominated again and runs in 1996, and if he loses in the November election, he may look back on February 3, 1994, as the day he lost. The reason: he lifted the trade embargo on Vietnam. This was reneging, flat-out welshing, on a campaign promise. In his drive to unseat President Bush, he gave his word that he would not lift the trade embargo until and unless there was a full, good-faith accounting for Americans still missing in action.

(For the record, Senators John McCain and John Kerry, both veterans of the Vietnam War, worked tirelessly to get that accounting.)

It’s an old and tired playbook Republicans are using, and all of this is merely prologue to the House Republican’s national security strategy, which media left, right, and center rightly recognized as standing in mild opposition to the most absurd elements of Donald Trump’s foreign policy positions—like the idea that the United States would be better off without NATO.

In the 20+ pages of the document, nowhere does the Republican leadership say they would walk away from the two great “failures” they see in the Obama administration.  They do not plan to abandon the Iran deal, and they do not plan to cut off ties with Cuba.  Here again, Dan Rather is helpful in his error.

Twenty-two years after Clinton opened relations with America’s one-time enemy, the United States and Vietnam are closer than at any time since the victory of the North Vietnamese in 1975.  They are motivated by shared interests in opposing the expansion of China’s military power.  There’s even talk about the return of American naval vessels to Vietnamese ports.

No one can predict if, 20 years from now, President Obama’s deals with Cuba and Iran will have ushered in new strategic relationships.  But if history teaches us anything, it is that countries must be in dialogue for there to be real progress on important issues.  President Obama has been open to that dialogue, just as President Clinton was, just as every president should be.  The radical rhetoric of those who advocate shunning adversaries rather than engaging them is dangerous and ill informed. – Executive Director Jim Ludes