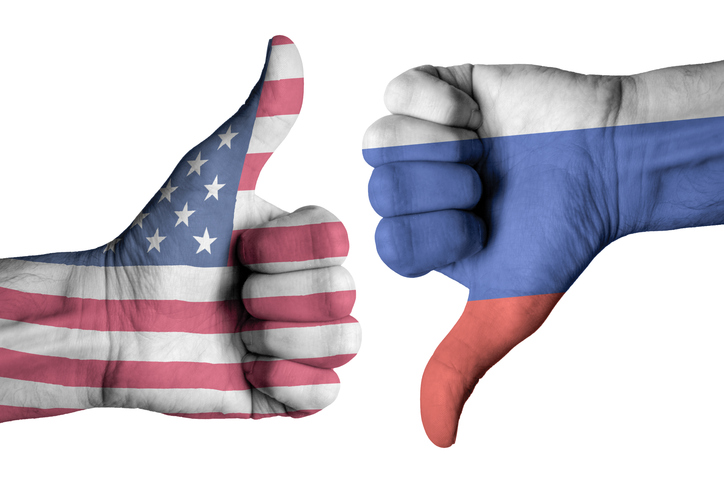 Is Trump a Russian Agent? A Legal Analysis | lawfareblog.com

In a remarkable week that saw the first polls showing a Donald Trump bounce after the Cleveland convention while the Democratic party convention made history with the nomination of the first female candidate for president by a major political party, these 16 words stand out among a torrent of news.

In another historic first this week, Donald Trump invited a hostile foreign intelligence agency to hack his political opponent.  Remarkably, Trump’s invitation did not spur the first speculation of Russian interference in America’s 2016 election.  Days before the start of the Democratic party convention, Wikileaks released a trove of emails stolen from the Democratic National Committee earlier this year in a move clearly designed to embarrass the Clinton campaign and sow dissension within the Democratic party.

The release had all the earmarks of a Russian information operation—not the least of which were the Russian-language artifacts found in the documents on Wikileaks.  More ominously, however, several American analysts over the last several years have made compelling cases that Wikileaks itself is a vehicle for Russian intelligence to gather intelligence under the guise of whistleblowing.

So the conversation had been joined when Trump looked square in the camera and said his now infamous 16 words:

In most cases, you could dismiss these 16 words as the ill-advised boasts of a carnival-barker turned presidential candidate who wanted to draw attention to Secretary Hillary Clinton’s poor judgment about the use of a private email server.  Trump eventually said he was joking, though the video suggests he was deadly serious.

But most alarming is the emergence of a body of evidence suggesting alignment between candidate Trump and Russian strong-man Vladimir Putin.  The case has been made resoundingly well by others, notably Josh Marshall, Anne Applebaum, and Franklin Foer.  Each is worth a careful read in its own right, but there are some key facts:

On balance, you have a major party’s nominee for President of the United States adopting positions in alignment with Russian foreign policy, while inviting that country’s spies to attack the communications of his political opponent.  All of this is taking place against a backdrop of Russian use of “hybrid-warfare,” where information operations and political interference play an early and important role in manipulating an adversary’s public opinion and will. WikiLeaks is the current vehicle, as was noted above, but we’ve seen Russian information operations across Europe, including France, where the anti-immigrant National Front has sought and received funds from Putin’s Russia, and England—where the pro-BREXIT movement also received Russian financial support (and verbal encouragement from one Donald J. Trump).

Russian intervention in American electoral politics would be stunning, but Russian information operations in the United States are nothing new. In the 1970s and 1980s, for example, the U.S. intelligence community worried that Soviet intelligence would be able to use the accounts of UFO enthusiasts, who often provided detailed accounts of strange flight and performance characteristics of craft operating near American military bases, to glean insights about next-generation American aircraft, including stealth aircraft.

What’s new here is that with Wikileaks founder Julian Assange promising the release of more stolen emails, and confirmation, as of this writing, that the Clinton campaign’s emails were compromised, supposedly by Russia, we appear to have entered an age where Russian leaders believe they can intervene in American politics.

The only question I have left is whether Donald Trump and his advisers are witting of this intervention, or just dupes.