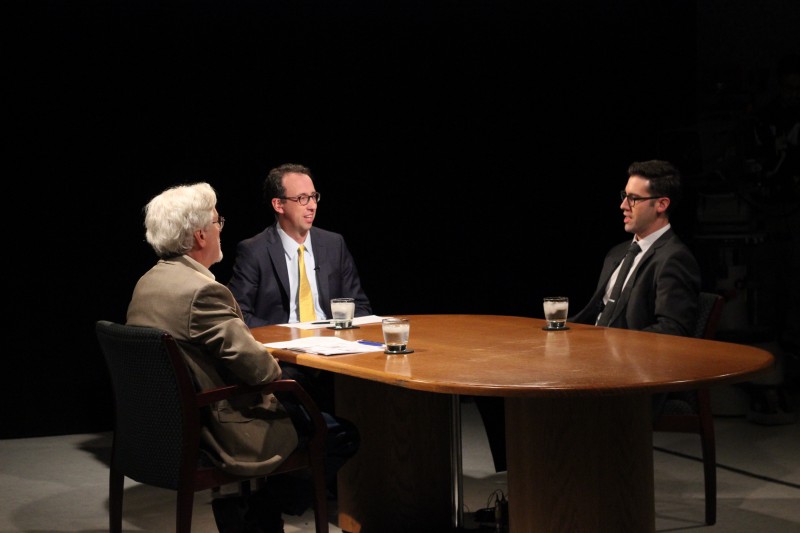 In this episode, Zyglis talks about a cartoonist’s unique form of storytelling and the wide range of topics he has covered in his dozen years of professional cartooning. He has tackled everything from national and international politics, to the environment, to sports, to domestic violence, to gun control and much more. Zyglis, 34, has been with The Buffalo News since 2004. His cartoons are internationally syndicated and have appeared in publications such as The Washington Post, USA Today, the New York Times and Los Angeles Times. Zyglis also discusses his own working-class origins, his early talent with art, and his years at Jesuit Canisius College, where he majored in computer science and embraced the Jesuit values that inform much of his work. Despite the country’s and planet’s many problems, Zyglis, a young father, feels a sense of optimism as he looks to the future.

“As Jim and I explored our reach deeper into the many forms of public storytelling, we knew that editorial cartooning was a must-have topic for our show, and we could think of no one as distinguished as Adam who could best bring us that discussion,” said Visiting Fellow G. Wayne Miller, director of the Story in the Public Square program. “His Pulitzer speaks to the high caliber of his work — and his half hour walking us through it and editorial cartooning in general was completely compelling. With examples of his best work that viewers will see as he tells the story behind the story, this is definitely must-see TV!”

“White House Chronicle” airs nationwide on some 200 PBS and public, educational and governmental (PEG) access stations; and worldwide on Voice of America Television and Radio. An audio version of the program airs four times every weekend on SiriusXM Radio’s popular POTUS (Politics of the United States), Channel 124: Saturdays at 8 a.m. and 5:30 p.m. ET, and Sundays at 1 a.m. and 4:30 p.m. ET.

Story in the Public Square is a partnership of The Pell Center at Salve Regina University and the Providence Journal.

You can watch the episode here: