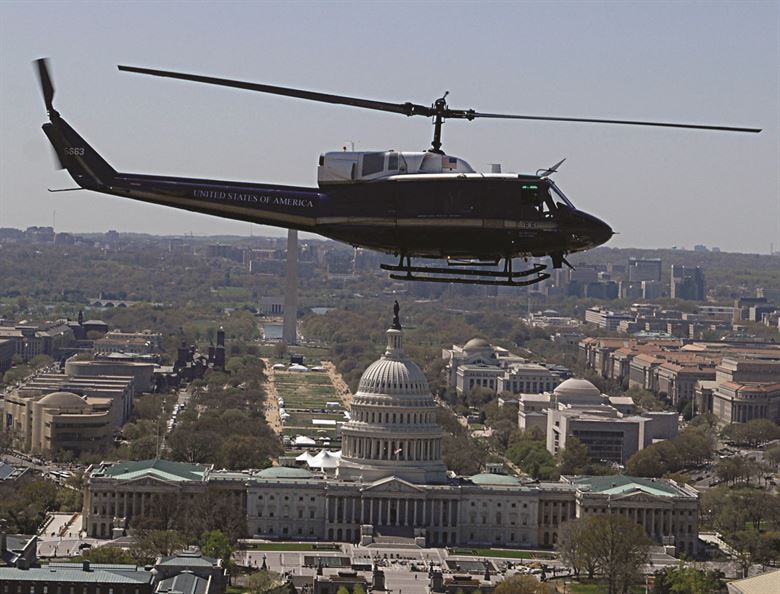 People who live in DC and people who don’t live in DC have a different standard of normal.

When my wife and I were dating, she lived outside of Boston and I lived in Washington.  She came down a couple of times each month and we’d take in all the city had to offer.  I remember one beautiful afternoon sitting at an out-door table at a restaurant along the Potomac river in Georgetown when a military helicopter approached from down-river, banked hard with the bend in the Potomac, flashed the military star on its belly, and roared up the river.  I think I glanced up at the sound and the spectacle, but my then-girlfriend was fixated on it.  When we could hear each other again, she looked at me and said, “What was that?”  With the nonchalance of someone who’d lived in DC for 15 years at that point, I shrugged and said, “That’s normal.”  To this day, it is a running gag between us: I’ll describe something as “normal,” and my wife will protest “that’s NOT normal!”

But I’ve always thought that exchange offered an insight into the way people steeped in DC view the world differently than someone who, in this case, simply hasn’t seen a lot of military aircraft operating low over a major American city on a regular basis.  Things that seem “normal” in DC quite often are not.

Today, even those of us who watch politics all the time are, I’m afraid, losing lock on what’s normal because we’re confronted with the abnormal with such frequency.  For example:

Last week, the president tweeted an image that appears to have been taken from a classified photo in his daily intelligence briefing of an Iranian launch pad where a rocket blew-up.  This was a strikingly clear image taken, reportedly, from a sophisticated U.S. spy satellite.  Whenever previous presidential administrations have released satellite imagery, they have intentionally degraded it to obscure precisely how good our imagery is.  To the best of my knowledge, I can’t recall another instance when imagery as good as the item tweeted by the president has been released—or even leaked.  Presidents of course have the authority to declassify whatever they want—but it’s simply not normal for them to do so without a compelling reason.  The system that captured the image in the presidential tweet costs as much as an aircraft carrier and President Trump just let the world see our capabilities.  That’s not normal.

Finally, on Wednesday of this week, we learned that the president would divert $3.6 billion dollars appropriated by Congress from 127 military projects to build his border wall.  Congress—which has the power of the purse—did not authorize these expenditures, nor did it appropriate them.  This is the president acting unilaterally, asserting a presidential power that may not exist.  The courts will ultimately decide if it does, but this is not normal.

All of this matters because the American system gives immense power to the office of the president—power that has been expanded by national security legislation since the advent of nuclear weapons in the middle of the 20th century.  But make no mistake about it: authority doesn’t rest in the person of the president, it rests in the office of the president, and in the will of the legislature as expressed positively or negatively in the laws passed by Congress and the appropriations authorized and spent by Congress.  The president unilaterally declaring an emergency and seeking to spend money not explicitly authorized by Congress is not normal, and it may well prove impeachable.