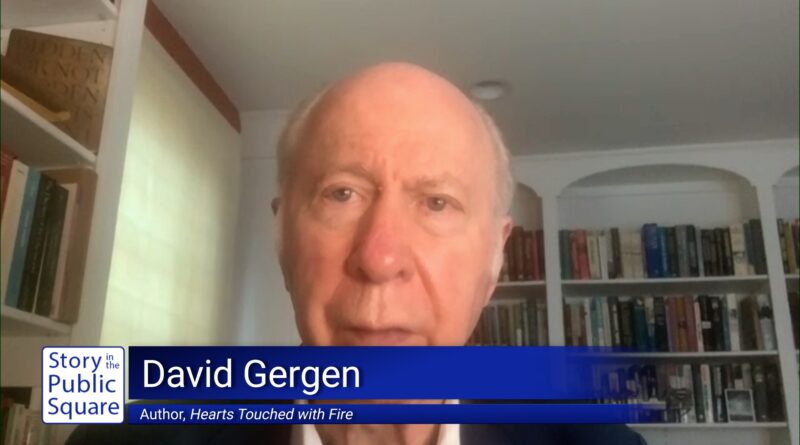 Throughout American history, leadership has played an important role, and it continues to matter as we grapple with the lingering effect of the pandemic, intractable political disputes, and disputes about the integrity of American elections. Despite all this, David Gergen pins his hope on the public leaders who he believes can lead the country to a brighter future.

Gergen has worked as a political analyst for CNN, chief editor of U.S. News & World Report and a public affairs commentator at MacNeil-Lehrer NewsHour. He has also served as a White House advisor, reaching across the political aisle working for Presidents Nixon, Ford, Reagan and Clinton. He reflected on his experiences there in his 2011 New York Times bestseller, “Eyewitness to Power: The Essence of Leadership, Nixon to Clinton.” Gergen won two Peabody awards as part of an election coverage team and multiple Emmy Awards for his work on political analysis teams. A graduate of Yale, he has served on the boards of both his alma mater and Duke University, as well as the boards of several non-profits, including Teach for America, The Mission Continues, The Trilateral Commission and the Center for Public Leadership at the Kennedy School. His most recent book is “Hearts Touched with Fire: How Great Leaders are Made.”

This week on “Story in The Public Square,” Gergen discusses his career in public service and public life. He discusses the absence of bipartisanship in politics today and the hope for the future that he sees in young activists. Gergen, a self-described “short-term pessimist, long-term optimist,” says, young Americans should “learn to live with each other and…try to live up to our ideals” which are “not just empty platitudes.”