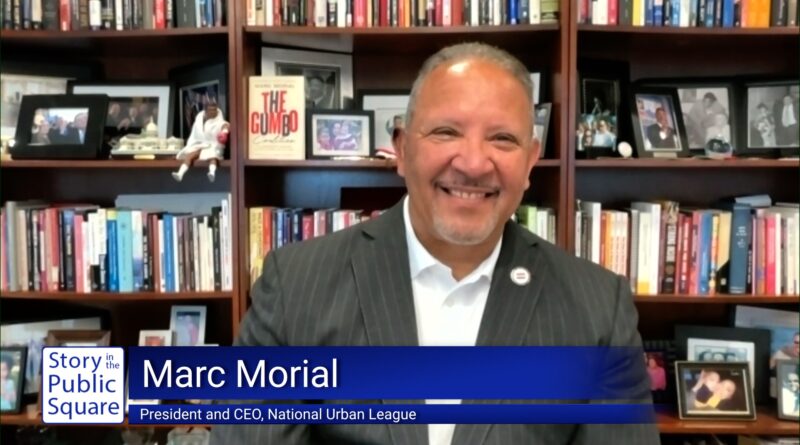 The threats to American democracy seem to grow every day, not from some external threat, but from within: revelations about the January 6 insurrection, gerrymandered Congressional districts and even restrictions on voting rights proposed or in place across the country. Marc Morial helps document those threats to American democracy and offers lessons about how citizens can resist them.

Morial served as mayor of New Orleans from 1994-2002. After leaving office, he became President and CEO of the National Urban League. The League was founded in 1910 to aid Black migrants fleeing from the South to the Northern states. Since then, they have grown to serve 300 communities through their 90 affiliates. Morial says the goal of the League has always been “to bring voice to those who have been locked out and left out.” Over the past 15 years, he has expanded the reach of its services and assisted in creating a framework for policies that will continue to benefit communities of color. Morial earned a bachelor’s degree in Economics and African American Studies from the University of Pennsylvania and his Juris Doctorate from Georgetown University. He is a recipient of the Louisiana State Bar Association’s Pro Bono Publico Award for his work with the disadvantaged and impoverished. Additionally, he has been listed as both one of Ebony Magazine’s 100 Most Influential Black Americans and one of the Nonprofit Times’ Top 50 Nonprofit Executives. During the pandemic, Morial played an integral role in bringing attention to the needs of Black Americans and addressing the fracturing of the United States before and after January 6th. In 2020, he published “The Gumbo Coalition,” a book that reflects Morial’s time as a public figure and the lessons he learned throughout.

On this episode of “Story in the Public Square,” Morial discusses his annual report, “State of Black America,” subtitled “Under Siege: The Plot to Destroy Democracy.” The report details prejudicial voting restrictions, misinformation, and the tumultuous transition of power in the past few years. Morial reflects on the summit on hate crimes hosted by President Biden this year and the need to provide resources for organizations like nonprofits and schools “to protect themselves from this rising pandemic of hate crimes in this country.”