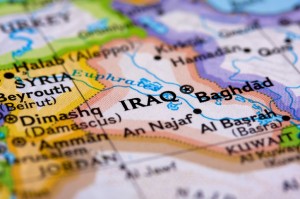 ISIS in Perspective | The National Interest

More than a decade ago, the United States invaded Iraq, toppling one brutal regime.  In his second inaugural address, President George W. Bush heralded a “freedom agenda” that he argued would bring peace and stability to the Middle East.

A couple of years ago, as the Arab Spring swept the region, American think-tanks hosted discussions about whether or not President Bush was right and whether his foreign policy could be credited with paving the way for the street protests and democratic forces unleashed from North Africa to Tehran.  (Do you remember the failed Iranian protest movement?)

And so Barack Obama is considering a substantial commitment of American power to the Middle East.  American pilots are already conducting limited airstrikes in Northern Iraq against ISIS targets.  The question is should those strikes be expanded and, if so, to what end?  Is it U.S. policy to destroy ISIS or merely contain it?  What are we willing to do to succeed?

For a president who has worked hard to position himself as the ender of wars, it’s an abrupt turn-around and vexing for everyone, whatever your political persuasion, who believed the world would be better by now. – James Ludes, Executive Director

Social Media and the ‘Spiral of Silence’ | Pew Research

The Pew Research Internet Project put out an interesting report this week that is not very encouraging when it comes to American Democracy. Here’s one finding: “The typical Facebook user … is half as likely to be willing to have a discussion about the Snowden-NSA issues at a physical public meeting as a non-Facebook user.” In other words, those of us who use Facebook are much less likely to participate in in-person, real live political conversations than those who don’t use the popular site. The implication of the study is that social media use may actually discourage political discussion and engagement (the “spiral of silence” referred to the study’s title) – perhaps because social media reinforces our preference for only hearing and talking about views we already agree with. Many people had hoped that the Internet explosion would reinvigorate healthy democratic discussion in our society.

A 2009 report from the same Pew project found “hints that forms of civic engagement anchored in blogs and social networking sites could alter long-standing patterns that are based on socioeconomic status” – in other words, that new social media tools would invite greater participation from socio-economic groups that have tended not to be politically active in the past. But even if this economic hope turned out to be justified, we may still have a deep problem as people become more and more used to hearing only the points of view they are comfortable with – as in yet another Pew study from earlier this year, which found that Twitter discussions of political topics are strongly polarized: “If a topic is political, it is common to see two separate, polarized crowds take shape. They form two distinct discussion groups that mostly do not interact with each other.” – Joseph Grady, Senior Fellow for Public Policy