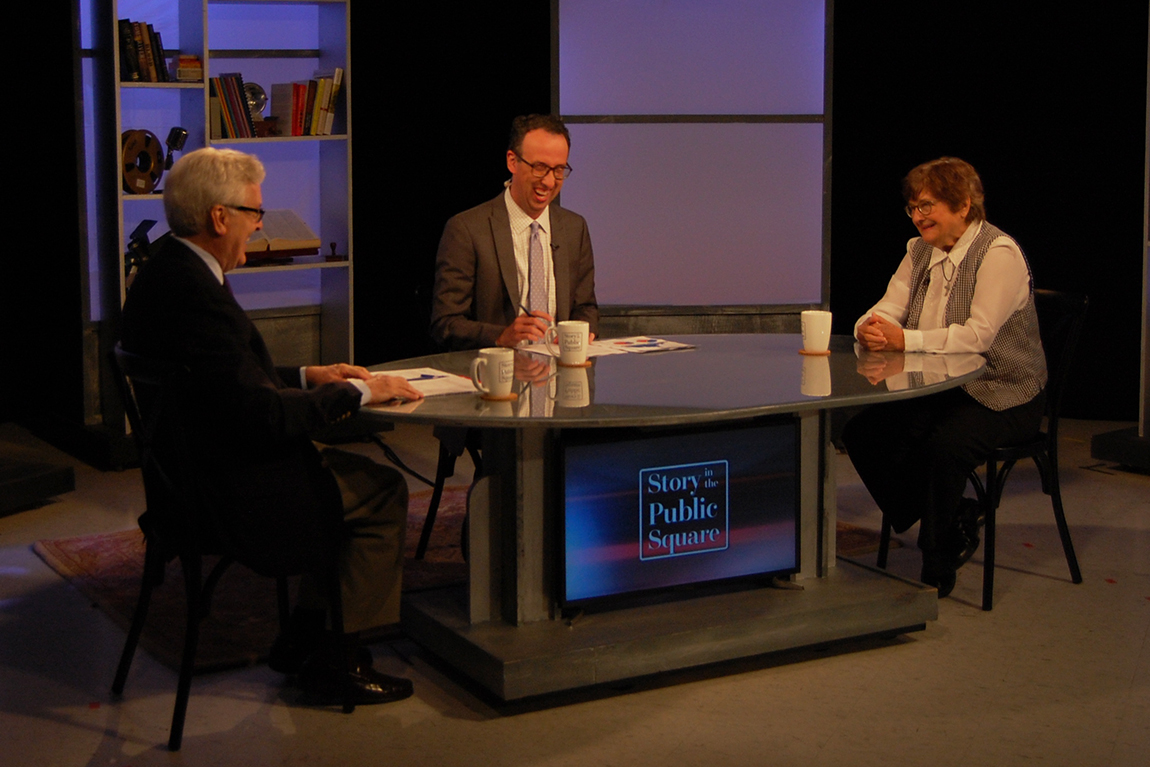 Since 1976, nearly 1500 Americans have been executed in the name of justice. Sister Helen Prejean, though, cautions about the human cost of the death penalty and the innocent victims wrongfully put to death.

Sister Helen Prejean was born on April 21, 1939, in Baton Rouge, Louisiana. She joined the Sisters of St. Joseph of Medaille in 1957 (now known as the Congregation of St. Joseph) and received a B.A. in English and Education from St. Mary’s Dominican College, New Orleans in 1962. In 1973, she earned an M.A. in Religious Education from St. Paul’s University in Ottawa, Canada. She has been the Religious Education Director at St. Frances Cabrini Parish in New Orleans, the Formation Director for her religious community, and has taught junior and senior high school students.

Sister Helen began her prison ministry in 1981 when she dedicated her life to the poor of New Orleans. While living in the St. Thomas housing project, she became pen pals with Patrick Sonnier, the convicted killer of two teenagers, sentenced to die in the electric chair of Louisiana’s Angola State Prison.

Upon Sonnier’s request, Sister Helen repeatedly visited him as his spiritual advisor. In doing so, her eyes were opened to the Louisiana execution process. Sister Helen turned her experiences into a book that not only made the 1994 American Library Associates Notable Book List. Dead Man Walking: An Eyewitness Account of the Death Penalty in the United States was number one on the New York Times Best Seller List for 31 weeks. It also was an international bestseller and has been translated into ten different languages.

Sr. Helen’s second book, The Death of Innocents: An Eyewitness Account of Wrongful Executions, was published in December 2004. In it, she tells the story of two men, Dobie Gillis Williams, and Joseph O’Dell, whom she accompanied to their executions. She believes both of them were innocent. In The Death of Innocents, she takes the reader through all the evidence, including evidence the juries never heard either due to the incompetence of the defense lawyers or the rigid formalities of court procedure. S. Helen examines how flaws inextricably entwined in the death penalty system inevitably lead to innocent people being executed and render the system unworkable.

Fifteen years after beginning her crusade, the Roman Catholic sister has witnessed five executions in Louisiana and today educates the public about the death penalty by lecturing, organizing, and writing. As the founder of “Survive,” a victim’s advocacy group in New Orleans, she continues to counsel not only inmates on death row but the families of murder victims, as well.

“Story in the Public Square” broadcasts each week on public television stations across the United States. A full listing of the national television distribution is available at this link. In Rhode Island and southeastern New England, the show is broadcast on Rhode Island PBS on Sundays at 11 a.m. and is rebroadcast Thursdays at 7:30 p.m. An audio version of the program airs Saturdays at 8:30 a.m. & 7:30 p.m. ET, Sundays at 5:30 a.m. ET, and Mondays at 12:30 a.m. ET on SiriusXM’s popular P.O.T.U.S. (Politics of the United States), channel 124. “Story in the Public Square” is a partnership between the Pell Center and The Providence Journal. The initiative aims to study, celebrate and tell stories that matter.