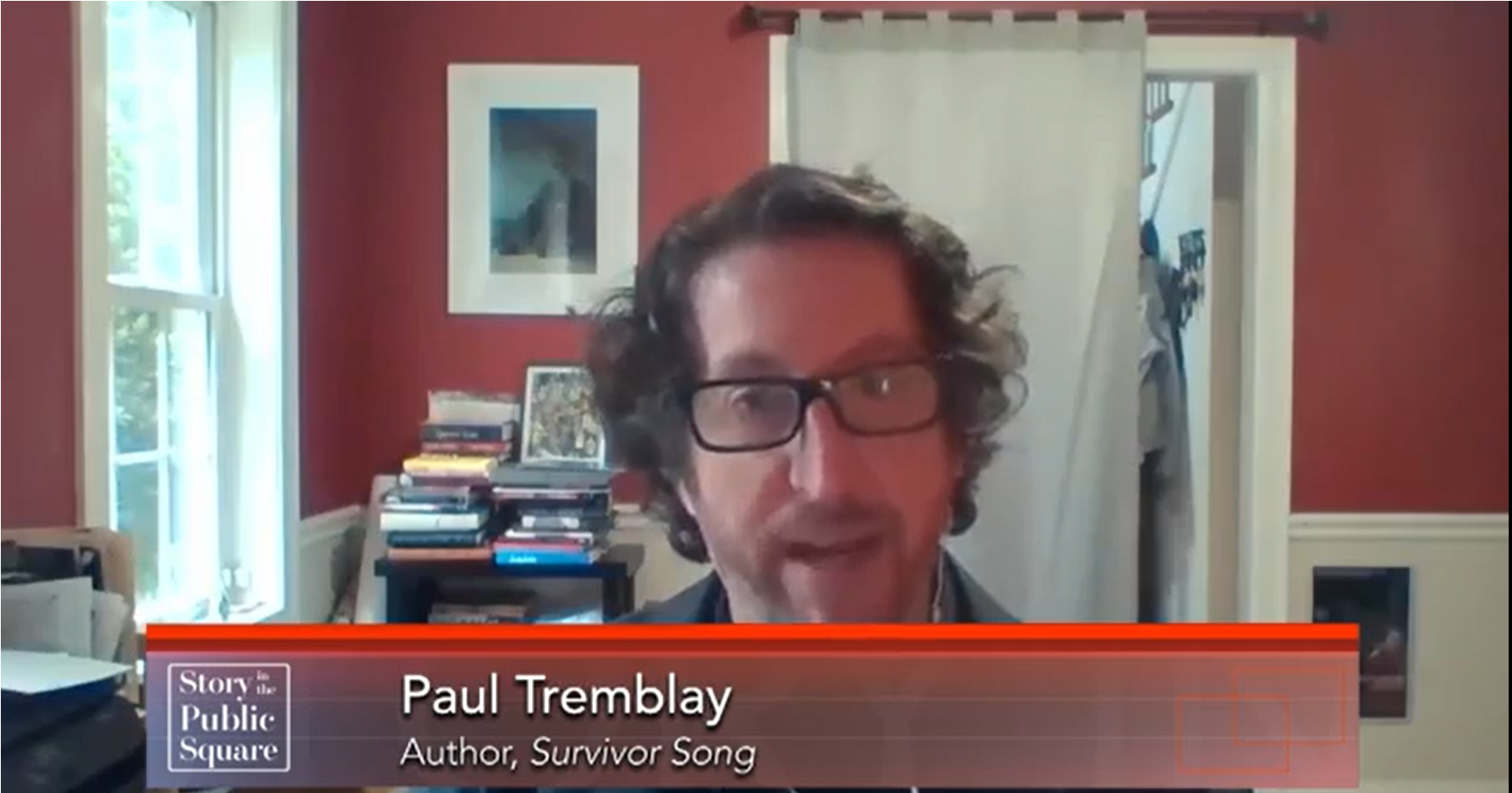 Empathy is a recurring theme on “Story in the Public Square,” because it is central to the crafting of compelling stories—whether set in fiction or non-fiction.  Paul Tremblay uses empathy to draw readers in to the strange and often terrifying worlds that he imagines.

Tremblay is one of the best writers of horror and psychological thrillers today.  He is the author of “The Cabin at the End of the World,” “Disappearance at Devil’s Rock,” “A Head Full of Ghosts,” the crime novels “The Little Sleep and No Sleep ‘Till Wonderland,” and the short story collection, “Growing Things and Other Stories.”  His latest book is “Survivor Song,” set in a pandemic plagued world.  He has won the Bram Stoker, British Fantasy, and Massachusetts Book awards and currently serves a member of the board of directors of the Shirley Jackson Awards.  His essays and short fiction have appeared in the Los Angeles Times, Entertainment Weekly online, and numerous years’ best anthologies.