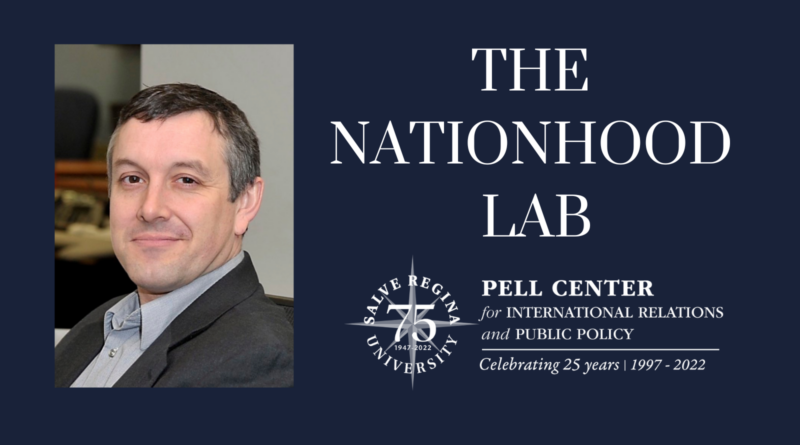 NEWPORT, RI—Colin Woodard, a New York Times best-selling historian and Polk Award-winning journalist, will lead the newly formed Nationhood Lab at Salve Regina University’s Pell Center for International Relations and Public Policy, the center announced today.  The project, an outgrowth of Woodard’s scholarship, seeks to articulate a story of America’s national identity that helps bind the union together in the 21st century.

Nationhood Lab will have several elements: a data journalism website where Woodard and other authors reflect on the divisions in American society and what might be done to bind them; a narrative project to develop a new story of American civic nationalism; and an engagement agenda where that story is shared and spread across the United States to help address the divisiveness that plagues so much of American public life.

Woodard, who was a visiting senior fellow at the Pell Center in 2022, is the author of six books including “American Nations: A History of the Eleven Rival Regional Cultures of North America” and “Union: The Struggle to Forge the Story of United States Nationhood.” A longtime foreign correspondent, he reported from more than fifty foreign countries and seven continents, including four years in Eastern Europe and the Balkans during that region’s difficult transition from totalitarian rule. As state and national affairs writer at the Portland Press Herald he received a George Polk Award and was a finalist for a Pulitzer Prize. A graduate of Tufts University and the University of Chicago he is a past Pew Fellow in International journalism at the Johns Hopkins University School for Advanced International Study.

“When we began together last year, Colin had the Nationhood Lab in mind,” said Pell Center Executive Director Jim Ludes.  “In the months that followed, we’ve succeeded in raising the funds needed to make it meaningful, and so we start this work, formally, with Colin directing the effort full-time.”

“My scholarship has shown both the power of unifying stories in the American experience and the profound vulnerability of the United States in the absence of such stories,” said Woodard. “The United States has always been an awkward federation of rival regional cultures, but what’s held it together is a commitment to a set of civic ideals, ideals we’ve often betrayed but without which the country cannot survive. Nationhood Lab aims to adapt this story of national identity and purpose for the 21st century ahead of the 250th anniversary of the country’s creation.”

The Nationhood Lab website will launch later in January with articles examining the nature of the authoritarian threat to American democracy, the regional divides on key political, social, and economic developments, and strategies to avoid further fracturing of the American union.  The website will also host some of Woodard’s most recent essays exploring the things that divide Americans, as well as those that unify us.

The narrative work will be done largely over 2023 with a focus on developing a new, unifying story of America’s national identity grounded in the civic nationalism of the Declaration of Independence.