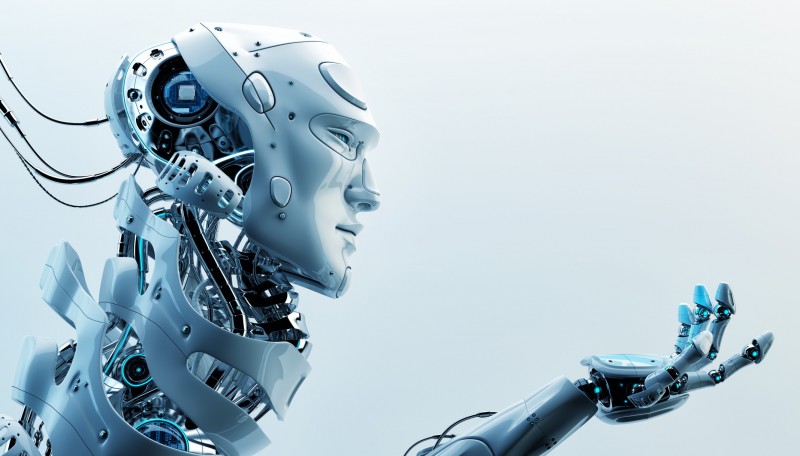 The Future of Employment: How Susceptible Are Jobs to Computerisation | Oxford University

Sister Jane, Dr. O’Reilly, members of the board of trustees, University colleagues, distinguished guests, friends and especially members of the class of 2020: thank you for this great honor.

At one point over the weekend, there was some concern that this convocation would have to be cancelled because of the storm swirling offshore in the Atlantic.  And as I sat down on Saturday to put my finishing touches on these remarks, I faced the same question faced by every student who’s ever had an assignment due on the same day as a forecasted snowstorm: do I do my homework?

Here’s a pro-tip: get done the things you have to get done.

When Sister Jane asked me to give this convocation address, she encouraged me to talk about what’s happening in the world—but to not make it depressing.

It’s tempting in this kind of talk to read a roll-call of horrors:

But I don’t want to leave you simply with a list of reasons to be depressed.  Instead, I want you to help our society meet another looming challenge.

The truth is we’re on the cusp of a technological revolution that is going to change our economy, what people do with their lives, and, eventually, our system of government.  Let me lay this out.

In his classic study, The Wealth of Nations, Adam Smith argued that a nation’s worth is not established by the amount of gold or silver it possesses, but rather in the productivity of its economy.  In other words, if a country has little silver or gold, but whose factories and workers are highly productive, that country would be said to have great wealth.  The source of wealth, according to Smith, was not some natural resource, but a human resource and the product of human labor.

Smith himself was an early proponent of freedom: free labor—meaning no slavery—and free markets—meaning no government interference in the economy.  Freedom, it was argued, was the best way for markets to mature, for people to achieve their full potential, and for civilization to advance.

And for several centuries, governments and societies have been driven forward by the idea that we need to create an educated workforce to enable our economies.  In the aftermath of the Napoleonic wars, revolutionaries and reformers from the Middle East to the Americas talked about reforming society based on education and industrialization.  By the start of the 20th century, these ideas had taken root in Asia, too.  Today, these views are largely global and serve to justify the link between America’s schools and efforts to keep the American economy globally competitive.

The centrality of labor in Smith’s view of economics—of people who work for a living, who earn a decent wage, and spend money on goods to further drive the economy—has had tremendous political implications, as well.  Think of the shopkeepers and farmers in Massachusetts who resented the taxes of the British monarch; or the bourgeoisie in Paris in 1789, who believed that the people should be able to decide on what the government spends money.  In fact, much of the global history over the 240 years since the American Declaration of Independence has been a history of the relationship between labor and governments.  It’s not surprising that so many political parties around the world have included terms like “workers” or “labour” in their names.  Until the middle of the 20th century, autocrats and monarchies typically feared the masses—what Marx called the “proletariat.”  For Pete’s-sake, yesterday was Labor Day!  That wasn’t simply a kind gesture to add one more long-weekend at the end of summer.

But according to a growing body of evidence, the reality of “labor” is about to change.  Scholars at Oxford University believe that 47% of U.S. jobs may cease to exist in coming decades because of advances in computers and automation.

Take, as one example, the disruptive potential of self-driving vehicles.  We know Tesla, and Google, and maybe Apple are all developing them.  And when they arrive, they will put 1.6 million American long-haul truck drivers out of business; along with 800,000 delivery truck operators; 180,000 taxi drivers; 160,000 Uber drivers; 500,000 school bus drivers; and 160,000 transit bus drivers.

If as early data suggests, autonomous vehicles are safer than our current human-driven cars and trucks, then things will get tight for the 445,000 people who work in auto-body repair shops.  Anyone, anyone at all, who does anything with cars—whether they’re a parking lot attendant or a meter-maid—is going to feel the ground shift beneath them as our motor vehicles transition to a high tech future.

All told, in the driving economy alone, some estimates suggest that we’re looking at the disruption of 4 million American jobs.

This revolution in automation and artificial intelligence won’t be an American revolution.  It will be a global revolution and the society that best figures out how to reconcile this new technology with its people will emerge as the dominant political and economic power of the 21st century.

Of course, that’s not what we’re talking about in the election of 2016.  Instead, we’re mired in a ridiculous debate about email servers and stupid walls.  The magnitude of the folly of these debates and the coverage they have received is, I’m just going to say it: HUGE.

I began these remarks talking about that storm out in the Atlantic.  We didn’t know for certain where it was headed, but we knew it was there.  The storm in our economy is coming too—and so we had better do our homework—so that we’re ready—and we had better get involved.

Your job, right now, at the start of your university career, is to give a damn, to learn, to take every opportunity to educate yourself about the world around you.  Yes, go to class, work hard, do well—but learn, too, from your classmates and your professors, from the people who work in the dining hall, from your coaches, from people you meet at internships or even that person you always see at the grocery store.  They all have a truth to tell.  Read.  Don’t assume truth can be captured in a Snapchat or 140 characters on Twitter.

But above all—and I mean this sincerely: you need to make your voices heard.  You need to demand political leaders focus on real issues, on difficult issues, on issues that will determine whether we are competitive in the global economy, secure, and free.

When I worked in Washington, I came to believe that politics is a noble profession and politicians are necessary for our society to function.  I know, today, these aren’t popular sentiments.  But politics—for all the potential for corruption and undue influence—is far superior to the alternative: that’s autocracy; might makes right; the strong rule the weak; dictatorship.  Politics is essential to freedom.  It’s how societies balance the views of multiple groups.  It’s how we resolve difficult issues without resorting to violence and war.

Decades ago, the historian Michael Holt traced the origins of the American Civil War to the Compromise of 1850—a political deal that was supposed to take the heated issue of slavery out of the American political process so that American politics wouldn’t be dominated by it anymore.  And in some respects, it worked.  Except for the fact that it didn’t resolve the issue of slavery itself; it didn’t resolve the violence and the abuse inherent in servitude.  And so, left with no political means to resolve the dispute, the United States entered into a civil war that took 625,000 American lives—approximately 2% of the population at the time.  Perhaps 2% doesn’t seem like that many people.  Today, a similar casualty rate would produce about 6 million dead.  That’s a very high price to pay for getting rid of politics around a difficult issue.

Politics requires you to be involved.  It’s actually an obligation of citizenship in a republic such as ours.  If you have strong views on an issue: speak out.  If you don’t like what your elected officials are doing: hold them accountable.  You can write letters to the newspaper, organize protests, letter writing campaigns, social media actions.  You can even vote them out of office.  And if you don’t like the candidates you have to choose from?  That one is easy: you need to run for office.

The most important actor in the American republic is the citizen armed with a vote, educated, informed, and involved.

To that end, we’ve arranged today to have a voter registration table set up at the barbecue that follows convocation.  If you need to register to vote in your home state, there will be people there to help you do just that.  If you need help getting an absentee ballot, there will be information there too.  And if you don’t do it tonight, the reference staff at the library is ready at any time to help you register, request an absentee ballot, and learn more about the issues.  (Just don’t wait too long.  There are deadlines and they are different in every state.)

The truth in life is that there is always a storm swirling just off the coast.  We might be blissfully—or willfully—unaware of the gathering clouds or we might see them building.  And when the storm comes, we will all decide if we’re in it for ourselves or if we are part of something bigger.

I urge you to believe in our collective power to change the world for the better—if we are wise and if we make our voices heard.  See in the coming economy not just threat, but an opportunity to lift millions out of poverty.  See in the faces of refugees not menace, but hope.  Believe in the power of education and empathy to guide the way we approach public issues.  And find in each of our hearts a wellspring of Mercy that, above all, empowers.

Thank you, and congratulations again to the class of 2020.