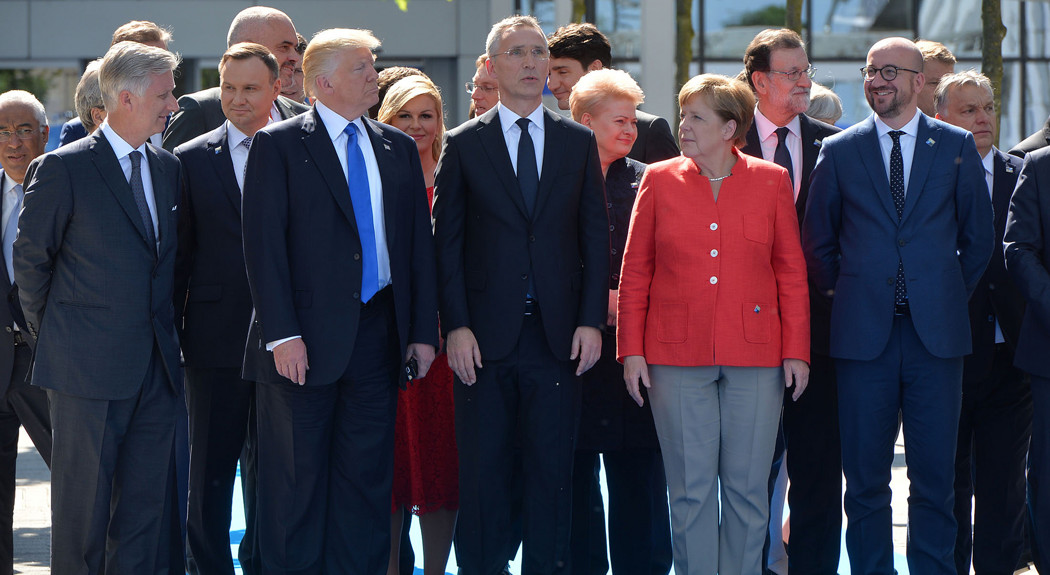 Last week, the President of the United States returned from his first trip abroad in office, with his staff loudly proclaiming the trip a huge success.  Of course, such assessments all depend on how you define “success,” but, at minimum, the trip was enormously consequential.

The trip underscored the President’s rejection of 70 years of American foreign policy.  At a summit with the NATO heads of state, the President of the United States failed to affirm America’s commitment to the Alliance’s common defense, despite standing alongside a twisted steel beam from the World Trade Center intended to symbolize the Alliance’s commitment to that very ideal.  Instead, President Trump urged NATO members to spend more on defense, seemingly willfully ignorant that every member of the alliance had previously pledged to do just that.

In fact, the President of the United States has embraced a nationalist view of America’s role in the world and a return to a 19th century view of statecraft.  In an op-ed in The Wall Street Journal the president’s national security advisor and chief economic advisor explained the president’s views.  Donald Trump, they argued, believes “the world is not a ‘global community’ but an arena where nations, non-governmental actors, and businesses engage and compete for advantage.”  Then, the two presidential advisors noted that “America first” signals a return to America’s “traditional role overseas—to use the diplomatic, economic, and military resources of the U.S. to enhance American security, promote American prosperity, and extend American influence around the world” [emphasis added].

The nationalist course President Trump is charting in foreign policy has been resoundingly rejected by every president—Republican and Democrat—since the end of World War II.  The bipartisan center of American foreign policy has been built on allies and partnerships that address common challenges in common cause.  Trade, alliances, and international institutions are the hallmarks of the post-war-approach.  If anything, American presidents have labored mightily to create an international system that is precisely the opposite of an “arena” for naked competition.

The international system under assault by the Trump administration was built after the Second World War because in the course of one generation, a nineteenth century mindset about competition between states and races (remember Social Darwinism?) had cost the world tens of millions of lives, countless billions of dollars in economic losses, and unspeakable atrocities, all while yielding the very capacity to destroy life on this planet.  Giants such as Roosevelt, Truman, Eisenhower, and Marshall built the current international system with like-minded leaders from around the world at a time when the United States had 12 million men under arms, the only functioning industrialized economy not bombed to rubble, and a monopoly on nuclear arms.  At the apex of American power, American leaders sought to create an international system predicated on norms and laws, not some Hobbesian view of nature.  We did so to lock in the advantages the United States had in the international system—including the added strength of trading partners and allies.

While President Trump rejects the strategic approach to America’s role in the world that has maintained great power peace for 70 years, China is embracing it.  In its “One Belt, One Road” strategy, China is linking all of Eurasia through trade.  Instead of reducing its production of steel, China is using its surplus to support infrastructure that connects Asia and Europe by overland trade and sea trade across the Indian Ocean.  It is a strategy for the twenty-first century that assures China will be at the center of vitally important relationships across Eurasia.  With the jettisoning of the Trans-Pacific Partnership, the Trump administration has no effective strategy to counter China, and the United States will be less secure and less wealthy because of it.

President Trump is embarking the United States on a course that history tells us will fail.  It will be costly to the United States and others in terms of lives and treasure.  It will isolate the United States.  It will damage our economy.  It will make the traditional security we have gained from the protection of two great oceans seem like a historic curse as China leverages its geography to stitch the world together. It is ahistorical.  It is wrong.

The United States is strongest when we lead, when we trade, when we work with others to address the challenges of the modern world.  Surrendering the advantages of the international system to other states like China and embracing the law of the jungle in its place defies explanation and logic.  In asserting an “America First” foreign policy, President Trump is diminishing U.S. power and influence and, in fact, boosting China.  Welcome to the Chinese century.