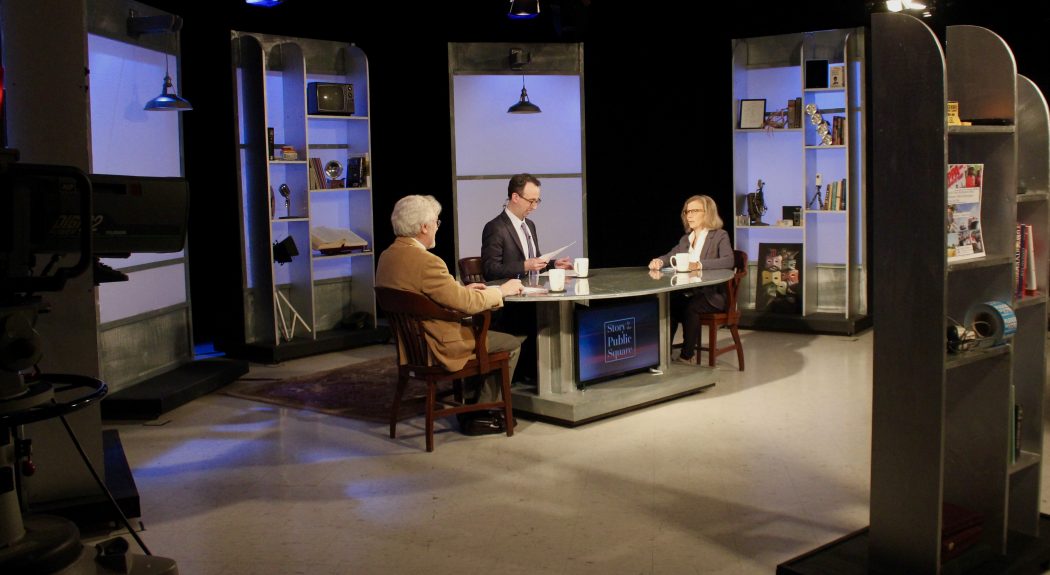 In the aftermath of the Second World War, political leaders built a global system of free trade because they believed it was crucial to world peace.  Like so much of the post-war order, that belief is under assault in the 21st century. Guest Karen Tramontano argues that free trade agreements can serve their original purpose even while helping workers.

Karen Tramontano is currently the CEO and co-founder of Blue Star Strategies, LLC, which provides corporate, institutional and public sector clients with results-oriented strategies. Ms. Tramontano is also the Founder and President of the Global Fairness Initiative (GFI), a non-profit organization working to promote a more equitable, sustainable approach to globalization to ensure its benefits reach all people, including the working poor.

Ms. Tramontano is the author of “Tearing Up Trade Agreements Won’t Help Workers: A More Responsible Approach Just May,” a Pell Center study published last year in which she lays out an ambitious approach to trade. Building on the “good” in recent trade pacts, Tramontano describes an approach with three critical elements: a more robust social safety net for American workers who lose their jobs due to trade; labor rights protections for American workers and for workers in trading partners to level the playing field; and integration of the benefits of trade into the discussion of foreign assistance.

Ms. Tramontano previously served in the White House as deputy chief of staff to President William Jefferson Clinton. She serves on the Board of Directors of the Fair Labor Association and is a lecturer in the Executive Master of European and International Business Law program at the University of St. Gallen, Switzerland. She earned a Juris Doctor degree from Catholic University Law School and a B.A. from Boston College.