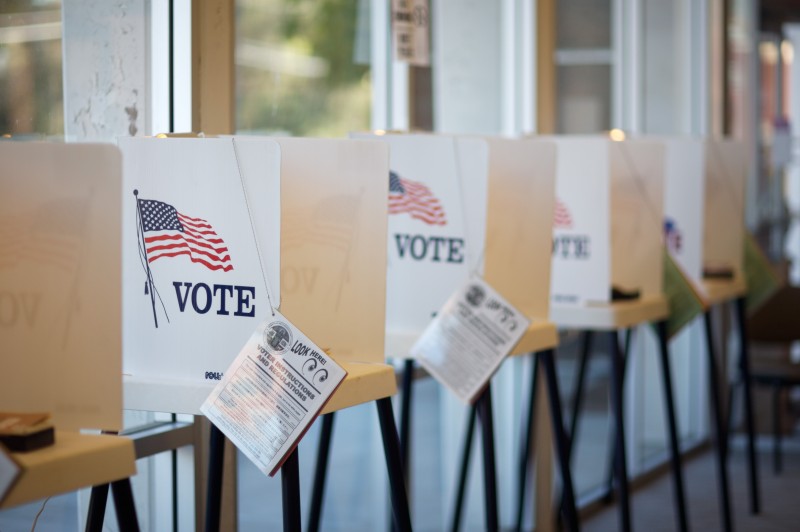 In a remarkable election season, with one candidate speaking frequently about voter fraud and “rigged” elections, we asked an experienced international election observer how we would know if the election was fair.  Here is his response.

Standing amidst the rubble of war, a woman stood against a cold and bitter wind. I asked the woman why she stood patiently waiting in a line with hundreds of her neighbors. “I have waited ninety years to cast my vote,” she said with a smile. “I can wait just a little longer.”

In the autumn of 2001, I had the privilege to be with this woman and thousands of others like, for the first parliamentary elections in war-torn Kosovo.  For decades, the people of this East European land had been ruled by kings and dictators, and occupied by Nazis and Communists. But at the dawn of a new century, with American help, they emerged from the shadow of genocidal war and put their faith in a future decided by free and fair elections.

In the past quarter century I have had the honor to work alongside people in over a dozen countries on four continents to help advance the democratic process by holding free and fair elections.  Here at home I worked on a team that called in the U.S. Justice Department to push back against voter intimidation against African-Americans in East Texas. As a member of the National Association of Secretaries of State, I have stood with Republican and Democratic election officials to ensure that the integrity of our electoral system is respected and protected.

That’s why I’ve taken claims that our election system is “rigged” very seriously.  Once faith in the integrity of the electoral system is undermined, the legitimacy of government is called into question. Democracy itself cannot long endure in such an environment.

Fortunately, there are some internationally accepted guidelines that help us determine if an electoral system is “rigged.” First, there needs to be a legal framework that specifies the time, place and manner of holding elections.  We’ve got that—it’s in the U.S. Constitution along with fifty state constitutions and countless local regulations.

Second, there should be universal and equal suffrage and non-discrimination when it comes to voter eligibility.  This has not always been the case in the United States. It could be said that elections in which African-Americans and women were denied the vote in the past were “rigged,” but, fortunately, that is no longer the case.

Third, electoral management bodies should be formed that can hold and monitor the conduct of elections. In the United States, each of the fifty states separately controls conduct of the electoral process through their respective offices of the secretary of state. Today, the majority of these officers are, in fact, Republicans. All of these offices are staffed with career professionals. At the local level, tens of thousands of municipalities across the United States have town or city clerks or registrars of voters who administer elections and count ballots.

Fourth, provision should be made for election observers to be present during the casting of ballots, as well as being present during tabulation of the ballots.  These duties are carried out by hundreds of thousands of our fellow Americans at polling sites across the country. Thank them when you see them this November 8th.

Working in places like Bosnia, Iraq and Afghanistan, I have seen men and women literally put their lives on the line to organize and participate in elections. They did it because they believed democracy offered them a way forward. They saw it as a flawed system, but one with more hope than the one from which they emerged.

Those who denigrate our own democracy with groundless claims not only insult the thousands of officials and hundreds of thousands of poll workers who make the system work, they risk undermining the faith that millions across the globe have placed in democracy as the best system to advance equality of opportunity and protect the rights of the individual and the dignity of all.

By any measure, America’s electoral system is a wonder to behold, for on this Election Day, one of the most diverse populations on the planet will show the world—once again—that free people can govern themselves.

Scott Bates is an Adjunct Senior Fellow at the Pell Center for International Relations and Public Policy at Salve Regina University. He is the former Secretary of the Commonwealth of Virginia and has worked on U.S. funded democracy assistance missions in over a dozen countries. Bates is a resident of Stonington, CT.