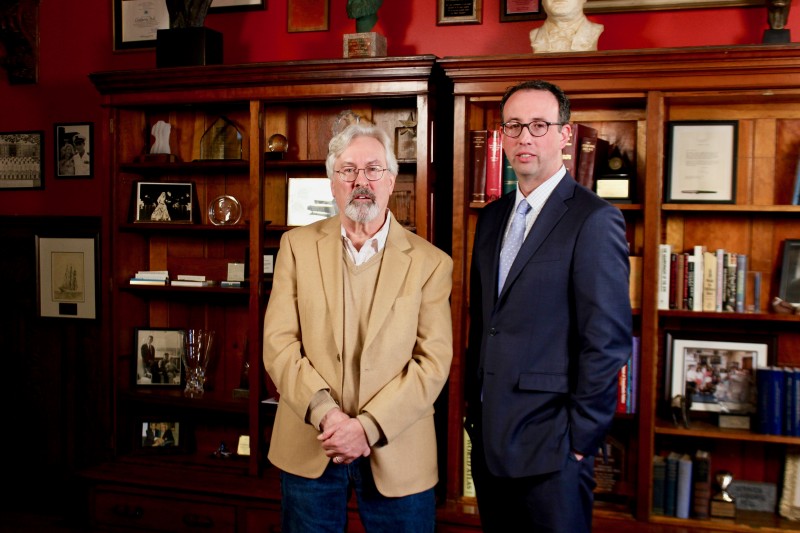 Newport, R.I. – The assault on fact and truth in public life, fueled by fake news and propaganda, has been named the 2016 National Story of the Year by the Pell Center at Salve Regina University.

“The Story of the Year identifies the most important narrative to emerge in public life in the previous 12 months,” said G. Wayne Miller, visiting fellow at the Pell Center and director of the Story in the Public Square initiative. “From international stories to the hashtag narratives of the U.S. presidential election, we had lots of material to consider this year, but the emergence of the ‘post-truth’ era is by far the most consequential.”

“Facts” and the “truth” have been threatened in American politics for some time. Decades ago, former New York Senator Daniel Patrick Moynihan famously quipped “Everyone is entitled to his own opinion, but not his own facts.” Stephen Colbert, in 2005, introduced the word “truthiness” to his audience.  But in 2016, the assault on fact and truth shaped many of our most important public debates. The evidence is unmistakable:

The dangers of the post-truth era are becoming clearer with every day.  A fake news story inspired one individual to “self-investigate” a Washington, DC, pizza shop with an assault rifle, believing it to be the center of a human-trafficking operation tied to Secretary Hillary Clinton.  In Santa Maria California, Police confirmed they deliberately used a fake news story in a sting-operation.  During an appearance on The Diane Rehm Show, Trump campaign surrogate Scottie Nell Hughes went so far as to say, “There’s no such thing, unfortunately, anymore of facts” [sic].

The consequences of this fact-free environment should be alarming to the citizens of a republic such as ours.  “In an information-rich environment where truth and falsehoods compete with the same inherent authority, citizens have to ask hard questions, we have to fact-check, we have to hold people to account,” said Pell Center Executive Director Jim Ludes.  “We must master critical thinking as a society, or else we risk major policy and political changes guided by something other than the truth.”

“With bad information and compromised institutions, our most basic freedoms are in peril.  It is not too difficult to imagine a call to restrict First Amendment rights in the face of so much fake news,” said Miller.

The Pell Center selects a National Story of the Year each December as part of its Story in the Public Square initiative — a partnership between the Pell Center at Salve Regina University and The Providence Journal to study, celebrate, and tell stories that matter.