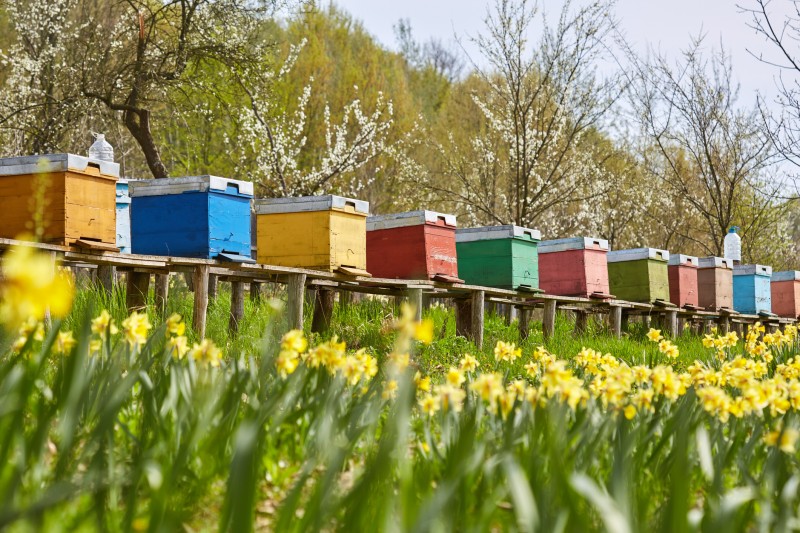 There is a recent media fixation about bees being put on the endangered species list, and an apparent panic that rightfully corresponds. There are seven Hawaiian bee species now classified under the protection of the Endangered Species Act by the United States. While all bee species are not on the endangered species list, it is important to note that many species of bees are dying at an alarming rate. In just six years, California’s honey production fell by nearly half, and, due to exceedingly frigid winters, the honey bee population in Iowa decreased by nearly 70%. However, this rapid loss of bee population is an epidemic not just in the United States, but in England and China as well. Internationally, this bee crisis caused economic turmoil for China and soon enough similar problems will arise in the United States.

While a decrease in honey availability may not seem all that threatening, bees play a large role in the production of agricultural products. According to biologist Dave Goulson, about 75% of all crop species require pollination by some sort of animal, most typically bees. This means that crop pollination by insects has an estimated value of $14.6 billion to the United States economy and £440 million a year to the United Kingdoms. If all species of bees continue on the apparent path to extinction, there will be detrimental effects to each countries’ economy. A large portion of United States revenue comes from the export of crops to a variety of countries. In 2015, there was a decline in agricultural exports, for several reasons, and this decline is predicted to continue if bee populations do not recover. While bees may not be required for the pollination of every plant, a majority of plants have higher yields of berries, seeds, or fruits when pollinated by bees (compared to abiotic pollinators like wind).

Without bees’ pollination, there is potential for a drastic drop in crop exports. The agricultural export industry relates notably to the United States’ economy. In fact, in the fiscal year 2015, farmers exported $139.7 billion of agricultural goods worldwide, and US agricultural exports support more than one million American jobs. Pollination by bees affects other non-food based crops such as cotton. Americans export about 65% of the cotton grown domestically, presenting yet another potentially devastating consequence if the bee population decreases further.

Bee populations are also struggling in England and China. Bees contribute to the Chinese economy $52.2 billion annually by pollinating commercial crops. In 2014, the United States imported 9,601.8 thousand metric tons of vegetables and 12,686.7 thousand metric tons of fruit. China is among the top five common places of import for American fruits and vegetables, both dried and fresh. However, in recent years, bee populations in China have plummeted to near extinction.

Measures of preventive action have been put into place in the United States to help save bee populations. Many factors can be attributed to the decline of the population including climate change, insecticides, neonicotinoids, parasites, and pathogens. Many countries, including China and the United States have banned one or more bee harmful insecticides. The United States Department of Agriculture (USDA) recognized this decline in bee population in 2014, and provided an $8 million incentive via the Conservation Reserve Program, for Michigan, Minnesota, North Dakota, South Dakota, and Wisconsin farmers who “establish new habitats for declining honey bee populations.” More than half the commercially managed honey bees are in these five states. Additionally, as of September, the USDA will provide a $3 million subsidy, to help reseed pastures with bee-appropriate plants.